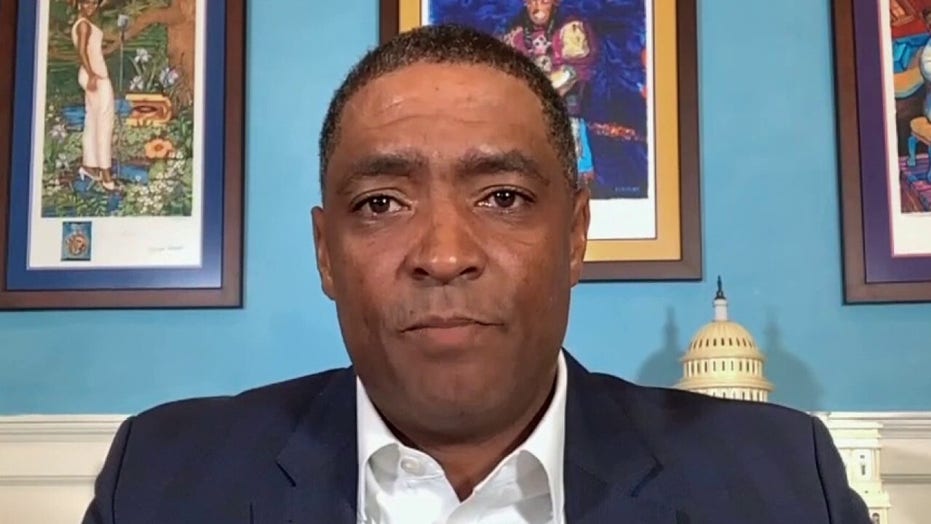 "The View" co-host Whoopi Goldberg suggested on Thursday that it was narrow-minded to insist that former Vice President Joe Biden pick a Black woman as his running mate.

Goldberg had suggested Sen. Tammy Duckworth, D-Ill., as a potential vice presidential pick. Political commentator Tiffany Cross praised Duckworth and her military service, but said: "Black women have joined the military at disproportionate rates relative to any other demographic. We are overrepresented in the U.S. Armed Forces. Even those women deserve to have someone who looks like them."

Goldberg pushed back, asking Cross whether she was essentially arguing that Duckworth was good, but not "enough."

"And it's not how Black are you. It's how Black are your policies? Are you willing to adopt a comprehensive agenda that addresses issues relevant to the Black community? Do you have someone who can go into these communities and connect with them on an intimate level, and relate to the struggle that they have … So I don't think there's anything wrong with saying, yes, you have well-qualified women who are just as qualified as Senator Tammy Duckworth — why not pick somebody who speaks to the base that upholds you, your candidacy, and this country? I don't know why that's a bad thing."

Goldberg countered that it might be better if candidates focused on helping every demographic, not just Black women.

"It's not a bad thing," she said. "But what it kind of sounds like is, 'take care of us' as opposed to, listen, we know you're coming in, you got to take care of everybody because we're sitting in a bunch of dooky right now — so I just want to make sure that the right people, the right people, whoever they happen to be, whoever they are, I want them to have the same opportunity. I want Tammy to have the same opportunity that everyone has."