THE PENTAGON is planning to change the face of warfare with the development of flying aircraft carriers.

The experimental planes would take the form of a mothership that deploys drones instead of fighter jets, The Economist reports. 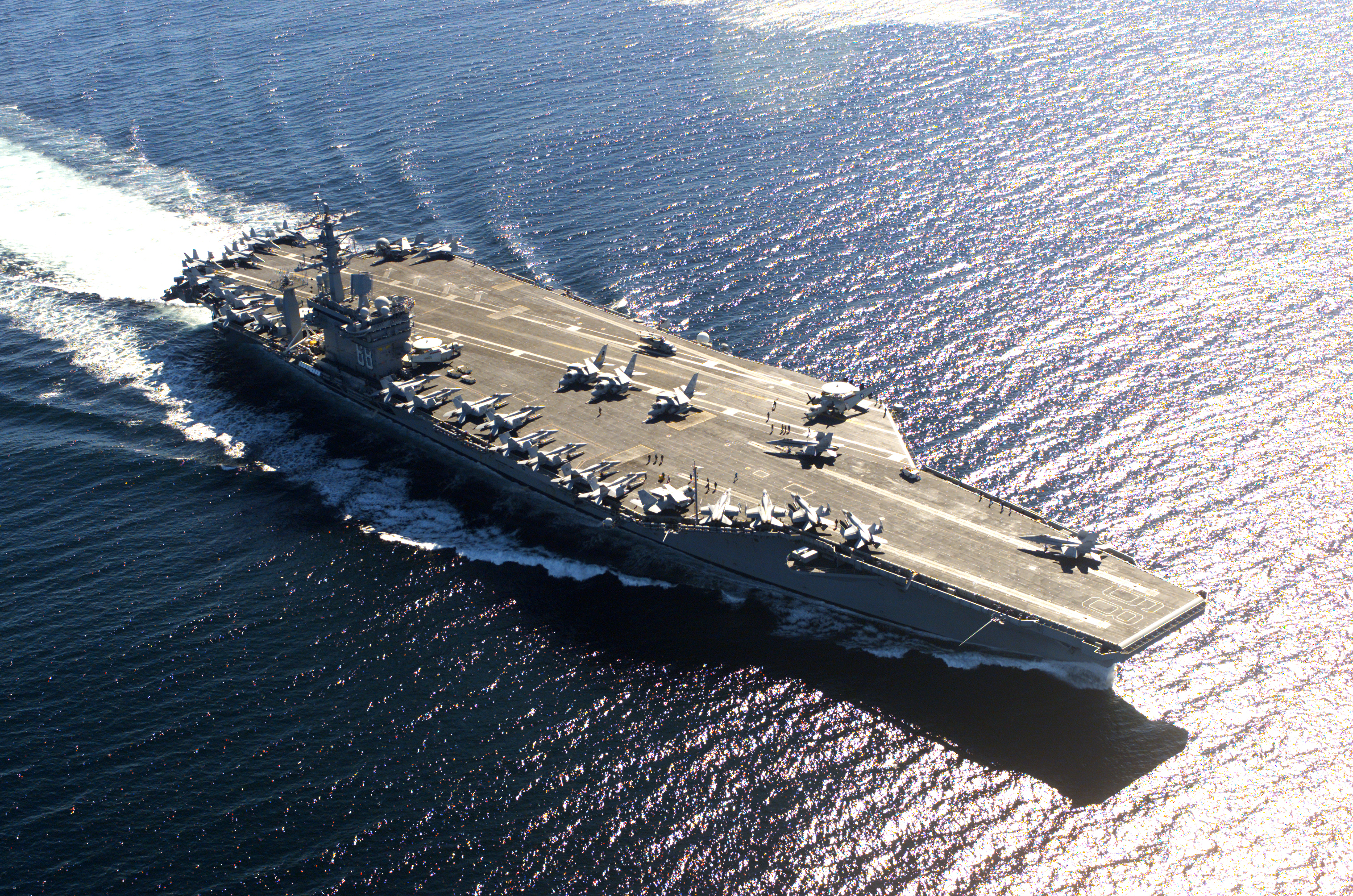 Military bosses believe that carriers would be safer in the skies than in the sea, where they're vulnerable to long-range missiles.

They would more closely resemble the "helicarriers" featured in the Marvel Avengers films than the floating runways that prowl the oceans today.

The United States Navy has 11 nuclear-powered carriers. Each holds around 80 fighter jets and up to 6,000 personnel. 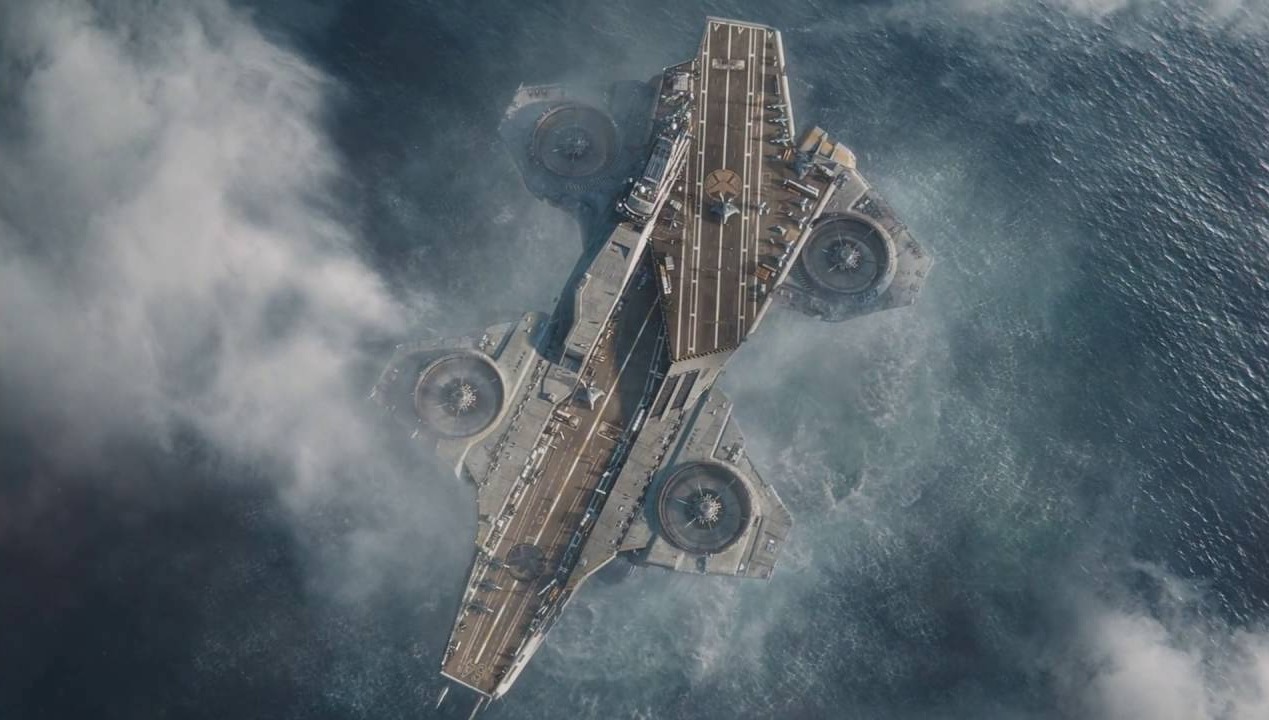 American naval planners are concerned that the ageing craft are vulnerable to new, manoeuvrable ballistic missiles developed by China.

Darpa, the Department of Defence's advanced research and development arm, has proposed a solution, according to The Economist.

The plan would involve converting conventional aircraft into airborne carriers that deploy cheap, unmanned drones called Gremlins by dropping them out of the sky.

The missile-shaped gadgets would swarm enemies, carry out surveillance and possibly even engage in combat. 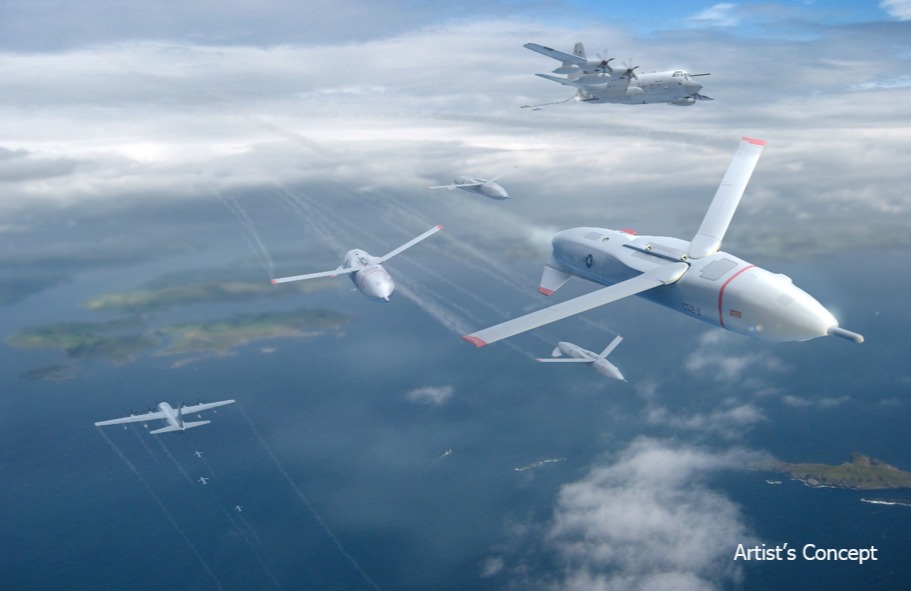 Aircraft would then retrieve the drones in the air using a small pod that dangles from the carrier like fly tape.

Early testers have yet to stick a landing, according to the Economist, though a handful have come within a few centimetres of success.

Once the Gremlins are collected, the carrier would transport them home, where ground crews could prepare them for their next use.

According to Darpa's website, the Gremlins would be ready to fly again within as little as 24 hours.

Terrifying space weapons of the future

Here are three of the scariest…

The project, also called Gremlins, might sound bonkers, but it offers a way to keep the Navy's carrier fleet relevant as missile technology advances at breakneck pace.

That's because it's launched from a lorry and can carry out long-distance, precision strikes on ground and naval targets.

The threat is imposing enough to keep America's aircraft carriers at least 1,000 miles (1,600 km) from China's coast, according to Bryan Clark, a naval strategist at the Hudson Institute, a think-tank.

In other news, the US military is reportedly developing a laser weapon that can generate the sound of a voice out of thin air.

The US Army is also testing a 50-kilowatt laser weapon that incinerates drones, helicopters, planes and missiles.

And, here are the weirdest things lost by Uber passengers – including a jetpack and a bulletproof vest.

What do you make of the experimental aircraft? Let us know in the comments!