UPS is going electric — in the air. 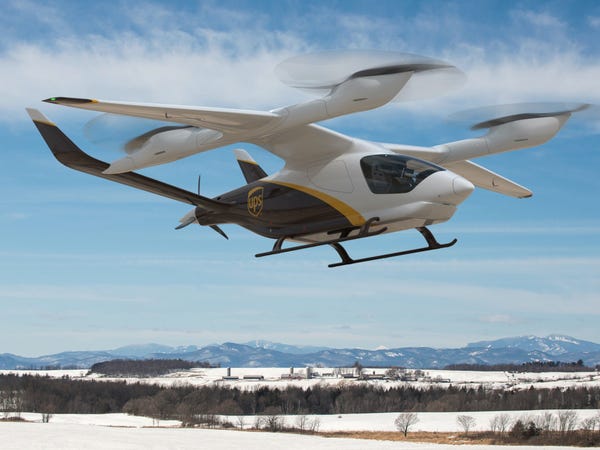 The shipping giant plans to add electric vertical take-off and land aircraft, or eVTOLs, to its fleet of delivery vehicles and has selected Beta Technologies' Alia-250c as the launch aircraft. 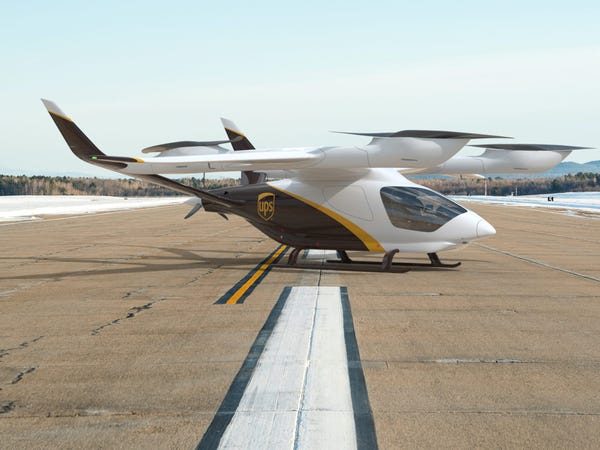 The eVTOLs will help UPS reach smaller and medium-sized markets by air but avoid airports altogether. Much like helicopters, the aircraft don't require a runway and can land directly at UPS facilities to minimize transit times and get packages to their destinations sooner. 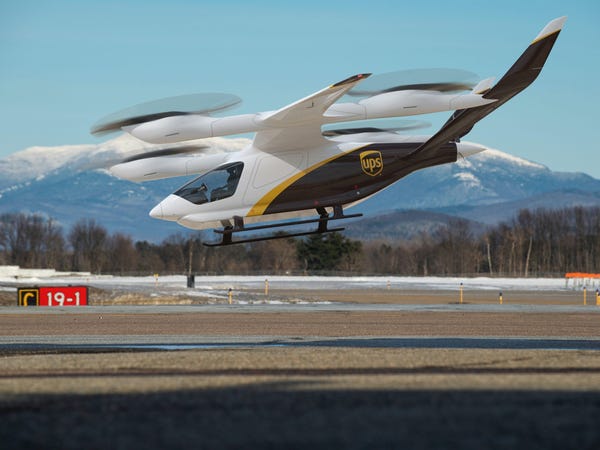 "These new aircraft will create operational efficiencies in our business, open possibilities for new services, and serve as a foundation for future solutions to reduce the emissions profile of our air and ground operation," Juan Perez, UPS' chief information and engineering officer, said in a statement. 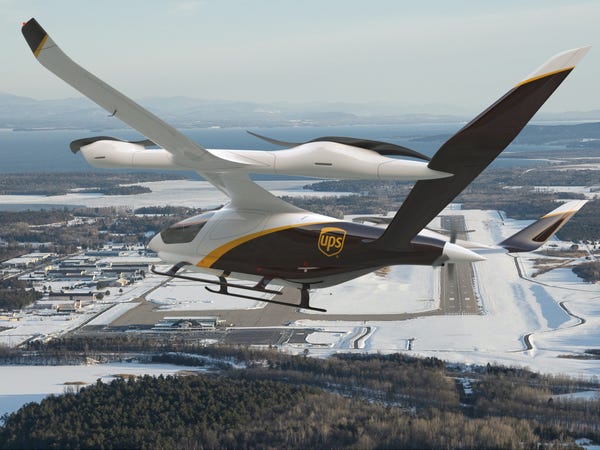 The Alia-250c boasts a 250-mile range, enough to fly between New York and Washington or Los Angeles and Las Vegas, and a top speed of 170 miles per hour all while carrying loads of up to 1,400 pounds. 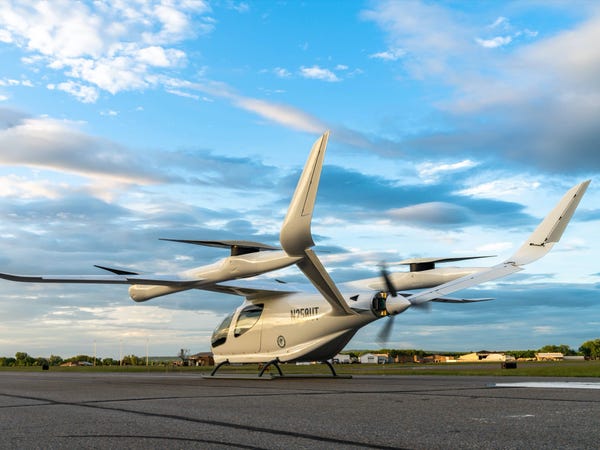 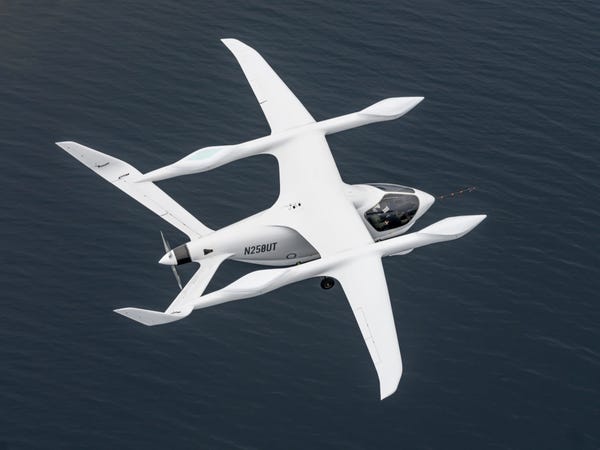 One sector that UPS says would benefit from the reduced delivery times is healthcare providers. Some medicines, like vaccines, have a short shelf-life and need to get to their destinations quicker than other merchandise. 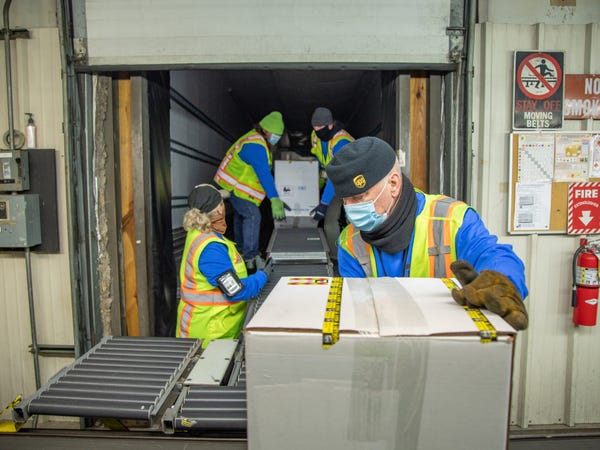 The eVTOLs can be recharged in under an hour, allowing for quick turnaround times in between flights while cargo is loaded and unload. 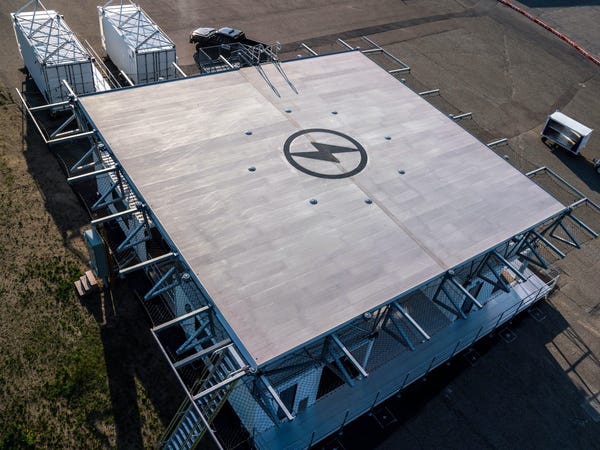 Once the first life cycle of the aircraft's batteries is used up, they can be fitted to charging stations to charge aircraft and UPS' fleet of electric vehicles. 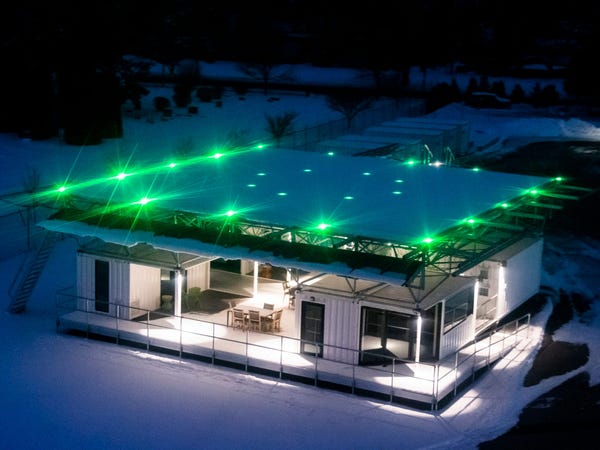 Electric aircraft also have the benefit of being quiet and emission-free while in flight. 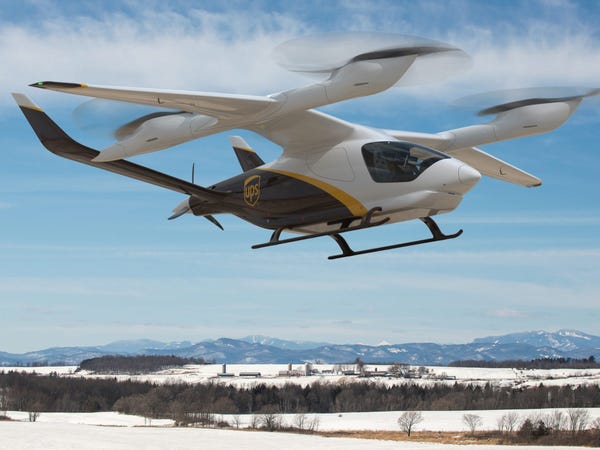 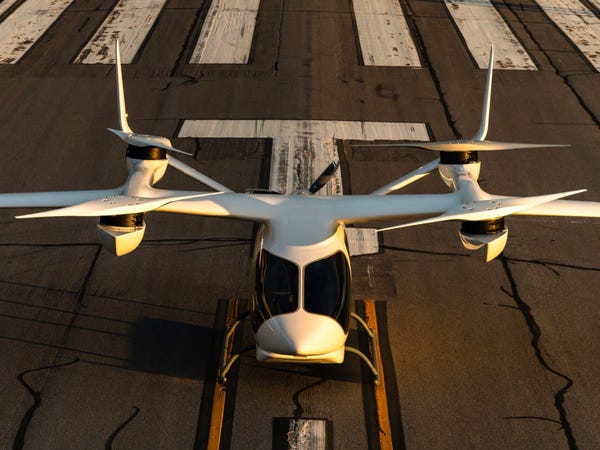 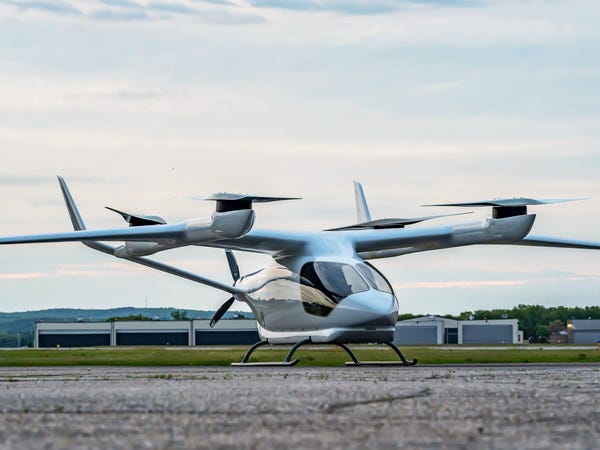 The Alia-250c aircraft will be piloted but may be operated autonomously in the future. UPS also has authorization for autonomous flights. 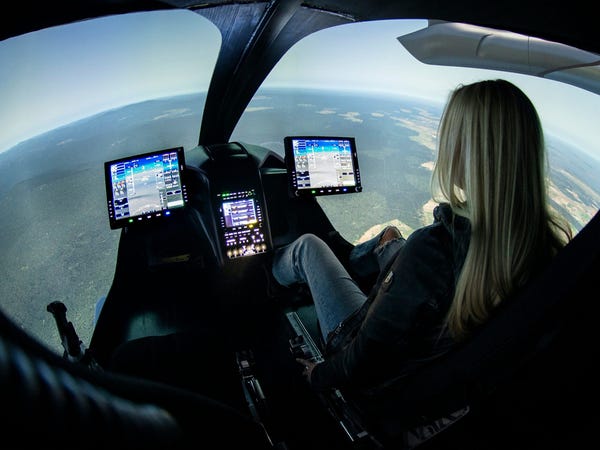 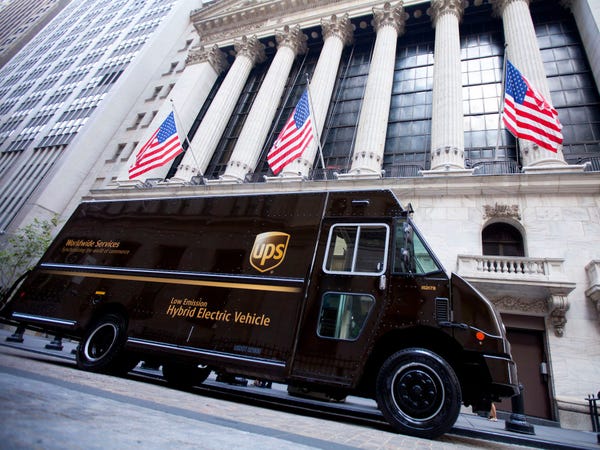 Renderings show the aircraft painted in the same colors as UPS Airlines, a mostly white exterior with the company's signature brown towards the rear fuselage with a yellow stripe. 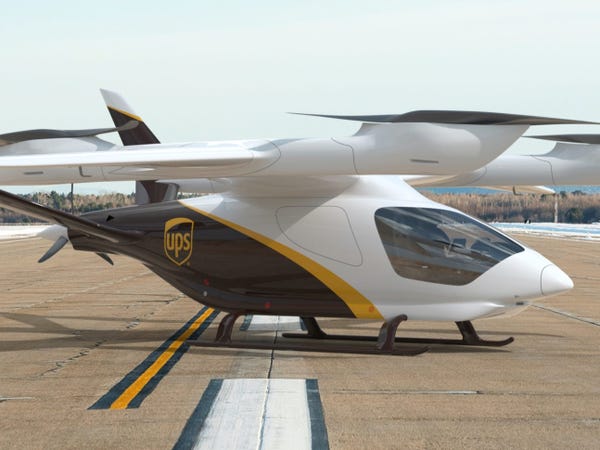 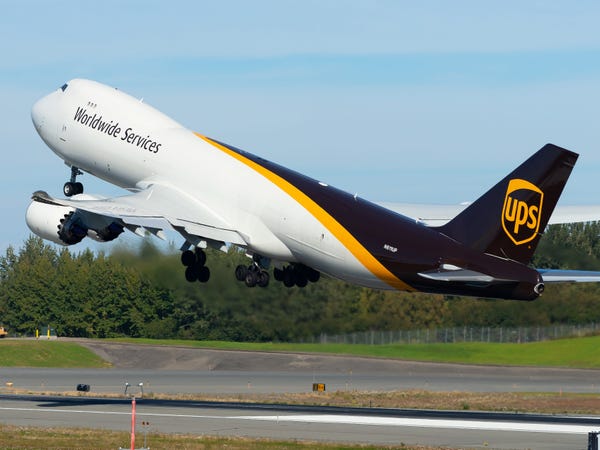 UPS' commitment to eVTOLs follows a $1 billion order from United Airlines of similar aircraft from Archer. 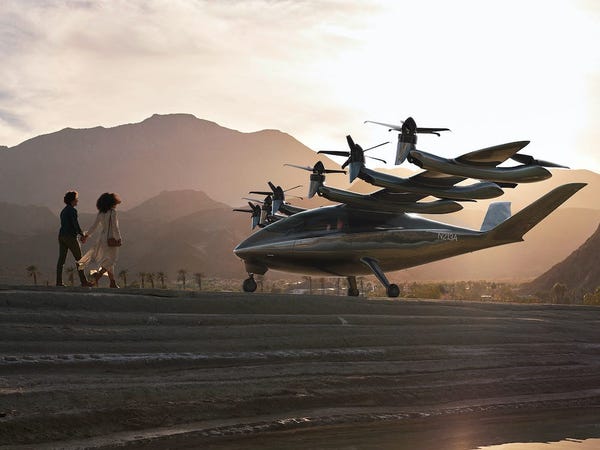 Read More: United just ordered $1 billion worth of eVTOLs from a startup that aims to launch intra-city passenger flights in 2024

United plans to use the aircraft to shuttle passengers to and from major airports in congested cities like Los Angeles. 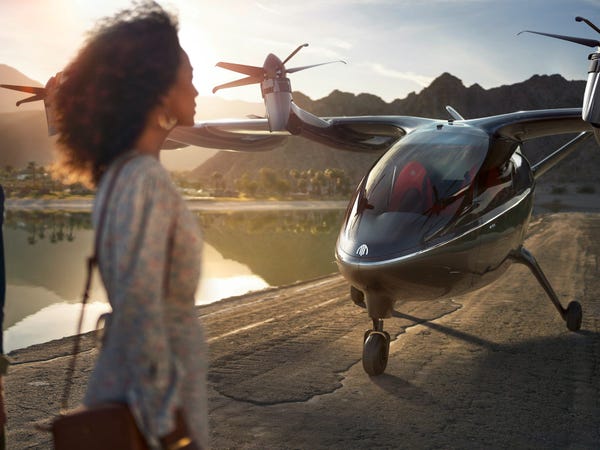 EVTOL and urban air mobility companies are currently riding a wave of new funding from special-purpose acquisition companies, or SPACs. 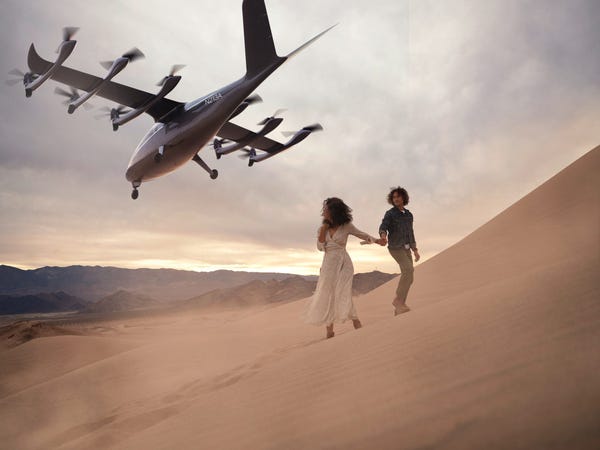 Joby Aviation is going public through a merger with a SPAC backed by Reid Hoffman in a deal valuing the company at $6.6 billion. 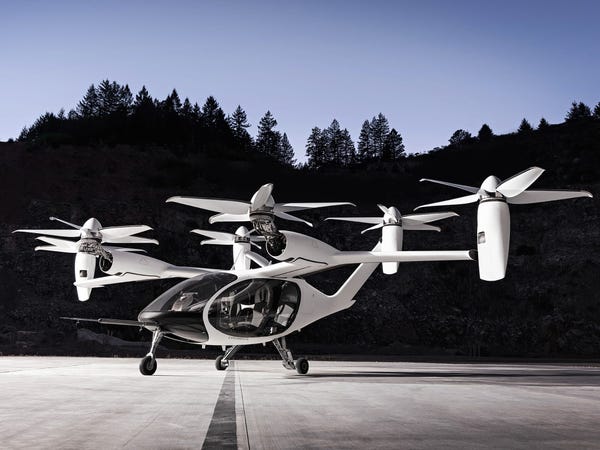 Read More: EVTOL startup Joby Aviation is going public with a $6.6 billion valuation and plans to start passenger flights in 2024 — here’s what we know about the company

Archer similarly announced plans to go public through a SPAC merger with Atlas Crest Investment Corp. in a $1.1 billion deal. 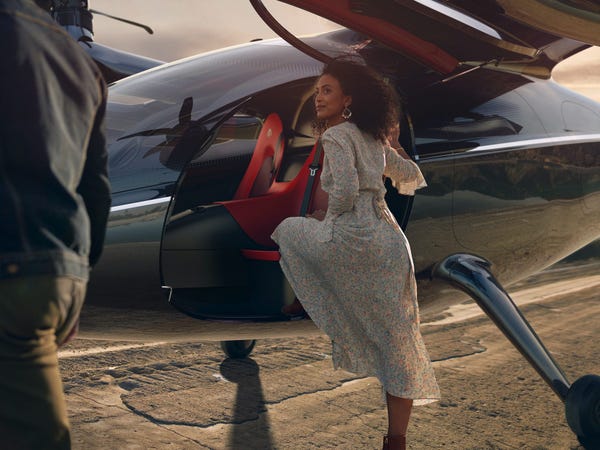 Blade, the helicopter company, is also going public via a SPAC with a KSL Capital Partners-backed company. The deal values blade at $825 million. 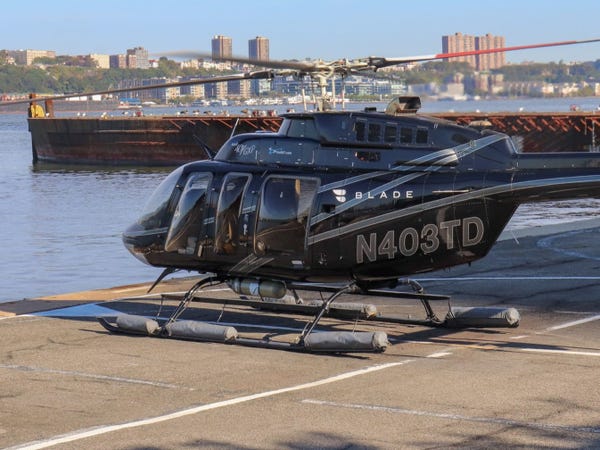 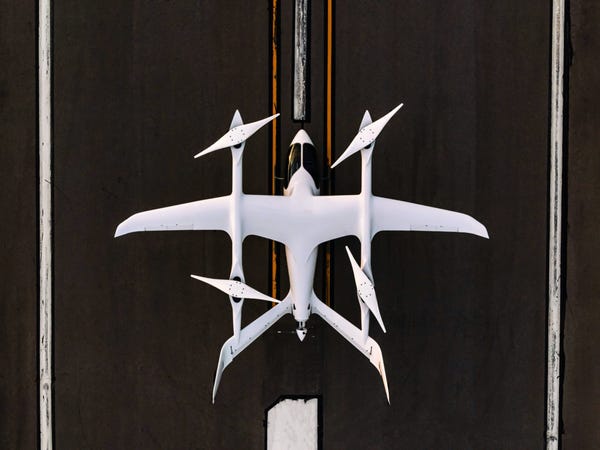 UPS says the first 10 aircraft are slated to arrive as early as 2024. 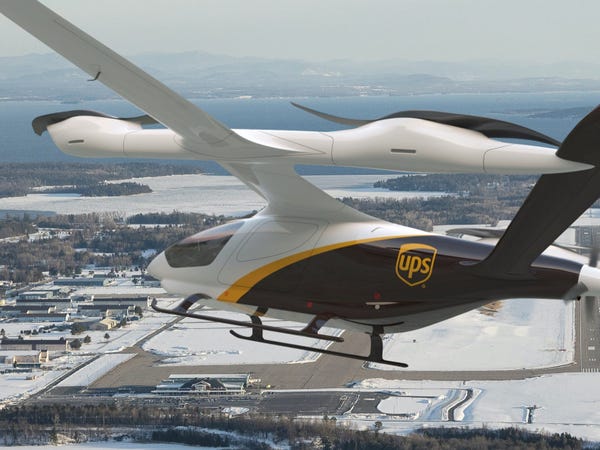