An app-store ban of TikTok, delayed once by the government, is set to go into effect on Sunday. A more comprehensive ban is scheduled for November, about a week after the presidential election. President Donald Trump set this process in motion with executive orders in August that declared TikTok and another Chinese app threats to US national security. The Trump administration has offered no specifics to substantiate that charge.

Trump has pushed for a sale of TikTok's US operations to an American company. The president said this week that he would bless a proposed deal in which Oracle and Walmart take a 20 per cent stake in a new US entity to be called TikTok Global. But he also said he could retract his approval if Oracle doesn't “have total control.” 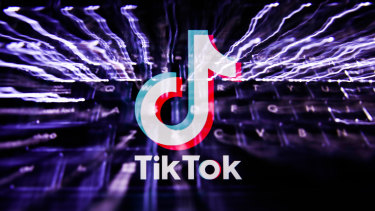 The two sides in the TikTok deal appear at odds over the corporate structure of TikTok Global. ByteDance, TikTok’s Chinese parent, said on Monday that it will still own 80 per cent of the US entity after a financing round. Oracle, meanwhile, put out a statement saying that Americans "will be the majority and ByteDance will have no ownership in TikTok Global.”

One editorial in the state-owned China Daily on Wednesday called the deal a “dirty and underhanded trick.”

In its filing in federal court in the District of Columbia, TikTok said Trump's August 6 executive order is unlawful. So are resulting Commerce Department prohibitions that aim to kick TikTok out of US app stores and, in November, essentially shut it down in the US, it claimed.

The Chinese firm said the president doesn't have the authority to take these actions under the national-security law he cited; that the ban violates TikTok's First Amendment speech rights and Fifth Amendment due-process rights; and that there's no authority for the restrictions because they are not based on a national emergency.

Representatives for the US Commerce Department and the US Justice Department did not immediately respond to a request for comment.

The Trump administration in August also began a process to ban Chinese-owned messaging app WeChat. Restrictions that would effectively have made the app impossible to use were set to go into effect on Sunday. Over the weekend, a federal judge in California approved a request from a group of US WeChat users to delay those restrictions. She said the government’s actions would affect users’ First Amendment rights.