Tucker: Why Joe Biden is so deeply unpopular

It is hard to have a lot of faith and political polling obviously, especially after the last couple of presidential elections. The polls weren’t just wrong, they were insane. They told us things like Hillary Clinton could take Texas and Joe Biden is a lock to win Florida.

In the end, those predictions had no relationship to observable reality. But that doesn’t mean that all polling is worthless. Actually, as a relative measure over time, polls can provide a lot of historical context.

So, Joe Biden’s polls are in the toilet right now, everyone knows that. The question is why? You will hear a lot of people will say it was Afghanistan, the true debacle that Biden oversaw in Afghanistan. The question is that really it? Is a foreign policy disaster enough to knock a president off his game in his first year in office? Here are some comparisons.

Gerald Ford’s approval ratings after the fall of Saigon are worth looking at. The fall of Saigon was the most humiliating moment in this country’s history up until that time. The entire world watched as Americans ran from a peasant army. Civilians dangled from helicopters taking off from the roof of the U.S. embassy in Saigon. It was a catastrophe. One that became an enduring symbol of the incompetence of our foreign policy establishment. The U.S. had spent more than a decade in Vietnam, lost close to 60,000 men, and after all that we ran away.

And yet, in the days after the fall of Saigon, Gerald Ford’s poll numbers, as measured by Gallup, actually went up. His approval rating increased from 39 to 40%. A month later, by the end of May 1975, Ford’s approval rating surged to 51%.

President Gerald Ford oversaw an international embarrassment, but Americans gave him a pass. They weren’t done with him just yet.

Something very similar happened during the John F. Kennedy administration. Kennedy was in charge during the Bay of Pigs invasion in April of 1961, which he single-handedly turned into a disaster. That disaster made Fidel Castro a national hero in Cuba and drove Cuba even closer to the Soviet Union. All of this happened before the Cuban Missile Crisis.

This was not a good thing for anybody. And yet, despite that, JFK’s approval ratings did not drop, in fact,  they went up from 78% to 83%.

With that in mind, it’s worth taking a look at how Joe Biden’s approval numbers have changed during his first year in office. It’s an unequivocal disaster.

According to a new Quinnipiac poll, only 36% of Americans approve of the job Joe Biden is doing in office. The Real Clear Politics polling average has Biden doing only marginally better at about 41%.

Gallup has Biden at 42% down 15 points from just a few months ago. You should know that Kamala Harris’ approval number is 28% which is right around Jeffrey Dahmer level.

So two-thirds of Americans do not want Joe Biden to run for president again. That includes most Democrats. Just ten months into Biden’s presidency Americans want him gone. As a historical matter that’s unheard of.

How bad is it? It’s gotten so bad that college students, typically not a right-wing demographic, are mocking Biden at football games.

Joe Biden is deeply unpopular. The question is: why? How did we get here? That matters.

What we are witnessing under the Biden administration is something Americans will absolutely not forgive: the decline in our standard of living. Biden hasn’t just embarrassed the United States internationally, though he has certainly done that. Americans can overlook that as they did under Ford and JFK and hope for something better next time.

Biden has made living in this country much more difficult for millions of people. He’s made it a lot harder for Americans to afford basic amenities, things like building supplies and gasoline.

Then he showed almost no interest in fixing those. In fact, it’s clear it is being done on purpose because of global warming. 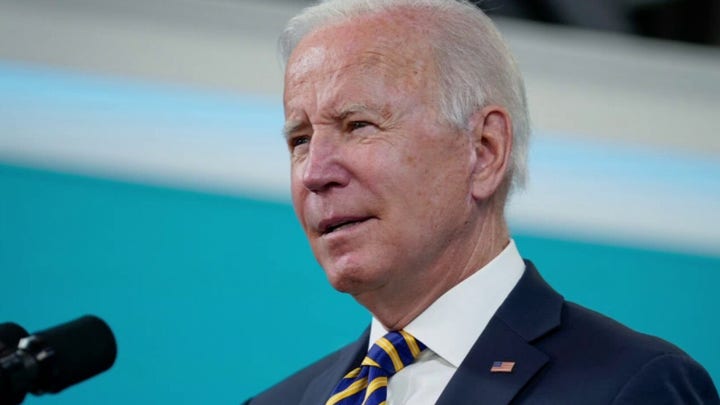 One local news station in Florida talked to restaurant owners who have felt the effect of rising food prices, for example.

RESTAURANT OWNER: They’ve gone from $20 a case to $140 plus. And again, sometimes it’s hard to get those.

RESTAURANT OWNER: One of our most popular items, we can’t get from anyone.

REPORTER: According to the Bureau of Labor Statistics major commodities in the wholesale food price index are way up since last year. Beef rose 57.7%. Fat and oils nearly 50%. Eggs almost 40%. And processed poultry 30%. To offset that, menu prices on average are up 4.7%.

What is this exactly? We can’t get enough food?

A lot of things are happening and one of them is inflation. Inflation is not an act of God, it’s a result of government policy. The Federal Reserve has devalued the U.S. dollar by printing too many U.S. dollars. Why are they printing them? To pay for more government spending. Spending that under the Biden administration is now literally out of control.

More spending is on the way because we can spend any amount of money, we hold the world’s reserve currency. Biden’s so-called Build Back Better bill is estimated to cost over $5 trillion. The people who are printing this money, U.S. Congress, The Federal Reserve specifically, know they are making the problem worse. They don’t care. In fact, they are mocking you for noticing that your standard of living has declined. 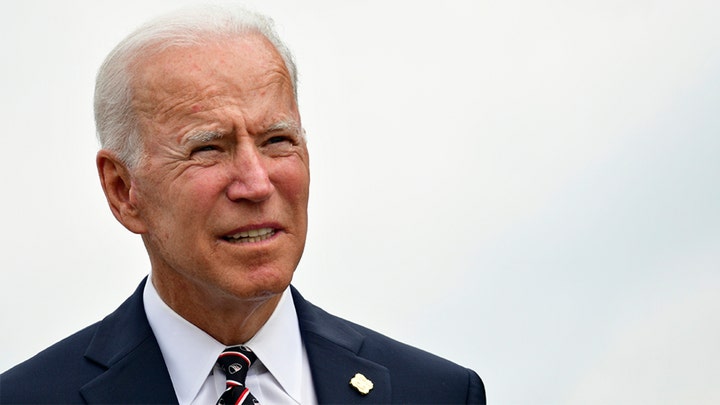 The St. Louis Fed has released this statement, it’s hard to miss the contempt, this is real: “A Thanksgiving dinner serving poultry costs $1.42. A soybean-based dinner serving with the same amount of calories costs $0.66 and provides almost twice as much protein.”

Of course, being soy-based also lowers your testosterone level, which is the entire point of this. It’s interesting that the Fed, which is supposed to be keeping inflation under control is now telling you what to eat.

How did this happen? How long until they tell you to eat bugs to stop climate change? We’re not far from that at all.

In the Biden administration, a host of bureaucratic agencies are suddenly in charge of your body. The minute details of your body. What you had for Thanksgiving dinner.

The White House believes that OSHA, for example, can tell you what to inject into your body. Get the injection or you’re fired. Just a few months ago the White House was saying the opposite of this. Vaccine mandates are illegal. 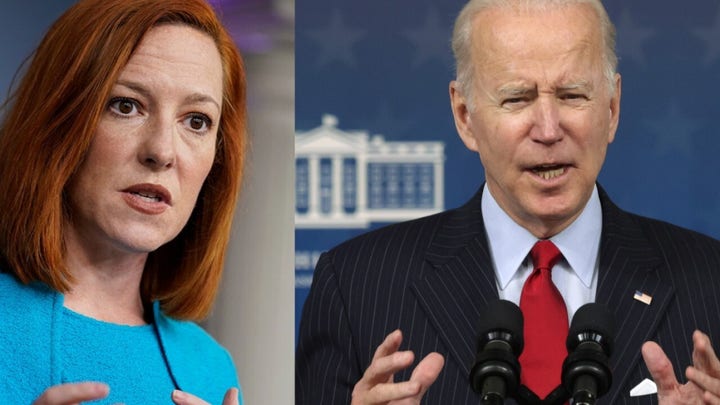 JEN PSAKI: Can we mandate vaccines across the country? No, that’s not a role that the federal government I think even has the power to make.

NANCY PELOSI We cannot require someone to be vaccinated. If that just not what we can do. It is a matter of privacy to know who is or who isn’t.

ANTHONY FAUCI: No. Definitely not. You don’t want to mandate and try and force anyone to take the vaccine, we’ve never done that. We don’t want to be mandating from the federal government to the general population. It would be unenforceable and not appropriate.

These people are reckless, crazy, and dishonest, and the people put up with it. After all that, of course they mandated the injection. They knew that was illegal and just as we saw with the eviction ban, they did it anyway. Then the airlines started canceling flights and health care workers disappeared because politicians know more about coronavirus than nurses? How does that work?

Then we ran out of truck drivers to pick up goods from our ports. First responders were then fired. You couldn’t get an ambulance. Then Joe Biden stands up at a town hall and says they had it coming. The little people are getting uppity. We’re going to hurt them – and he definitely hurt them.

This is brazen. Most people are very tired of it. It’s not a partisan question. Do you want to live in a functional country, or don’t you? The question is, how are we going to survive three more years of this? It’s a very good question.

This article is adapted from Tucker Carlson’s opening commentary on the November 26, 2021 edition of “Tucker Carlson Tonight.”