Former President Donald Trump blasted Arkansas Republican Gov. Asa Hutchinson for vetoing legislation that would have made his state the first to ban puberty blockers for minors who identify as transgender.

“Asa Hutchinson, the lightweight RINO Governor of Arkansas, just vetoed a Bill that banned the CHEMICAL CASTRATION OF CHILDREN,” Trump said in a statement on Thursday. “‘Bye-bye Asa,’ that’s the end of him! Fortunately for the Great State of Arkansas, Sarah Huckabee Sanders will do a fantastic job as your next Governor!”

On Tuesday, Hutchinson appeared on “Tucker Carlson Tonight” and said the bill presented to him “was overbroad, it was extreme.” 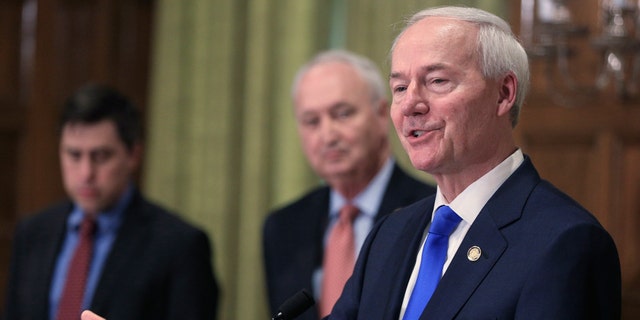 “This is the first law in the nation that invokes the state between medical decisions, parents who consent to that and the decision of the patient. And so, this goes way too far. And in fact, it doesn’t even have a grandfather clause [for] those young people that are under hormonal treatment,” he argued.

Hutchinson said he would have supported legislation that restricted only “reassignment surgery,” which currently is not performed on minors in the state.