Home » World News » Trump tells Georgia governor to 'do something,' as Kemp says interfering with election is illegal

Trump tells Georgia governor to 'do something,' as Kemp says interfering with election is illegal

Tia Mitchell, Washington correspondent for the AJC weighs in on the upcoming Georgia runoff elections.

President Trump on Tuesday told Georgia Gov. Brian Kemp to "do something" to overrule state election officials, claiming he would find a "gold mine" of fraud, as the governor's office maintained that Georgia law "prohibits" him from "interfering in elections."

"You allowed your state to be scammed," Trump tweeted to Kemp Tuesday. "We must check signatures and count signed envelopes against ballots. Then call off election. It won’t be needed. We will all WIN!"

"Why won't Governor @BrianKempGA, the hapless Governor of Georgia, use his emergency powers, which can be easily done, to overrule his obstinate Secretary of State, and do a match of signatures on envelopes," Trump tweeted Monday. "It will be a 'goldmine' of fraud, and we will easily WIN the state."

Both of the president’s Monday tweets were flagged by Twitter with warnings stating: “This claim about election fraud is disputed," and "Multiple sources called this election differently."

But a spokesman for Kemp, Cody Hall, issued a statement in response Tuesday morning, saying that “Georgia law prohibits the governor from interfering in elections.”

“The secretary of state, who is an elected constitutional officer, has oversight over elections that cannot be overridden by executive order,” Hall said in a statement. "As the governor has said repeatedly, he will continue to follow the law and encourage the secretary of state to take reasonable steps – including a sample audit of signatures – to restore trust and address serious issues that have been raised.” 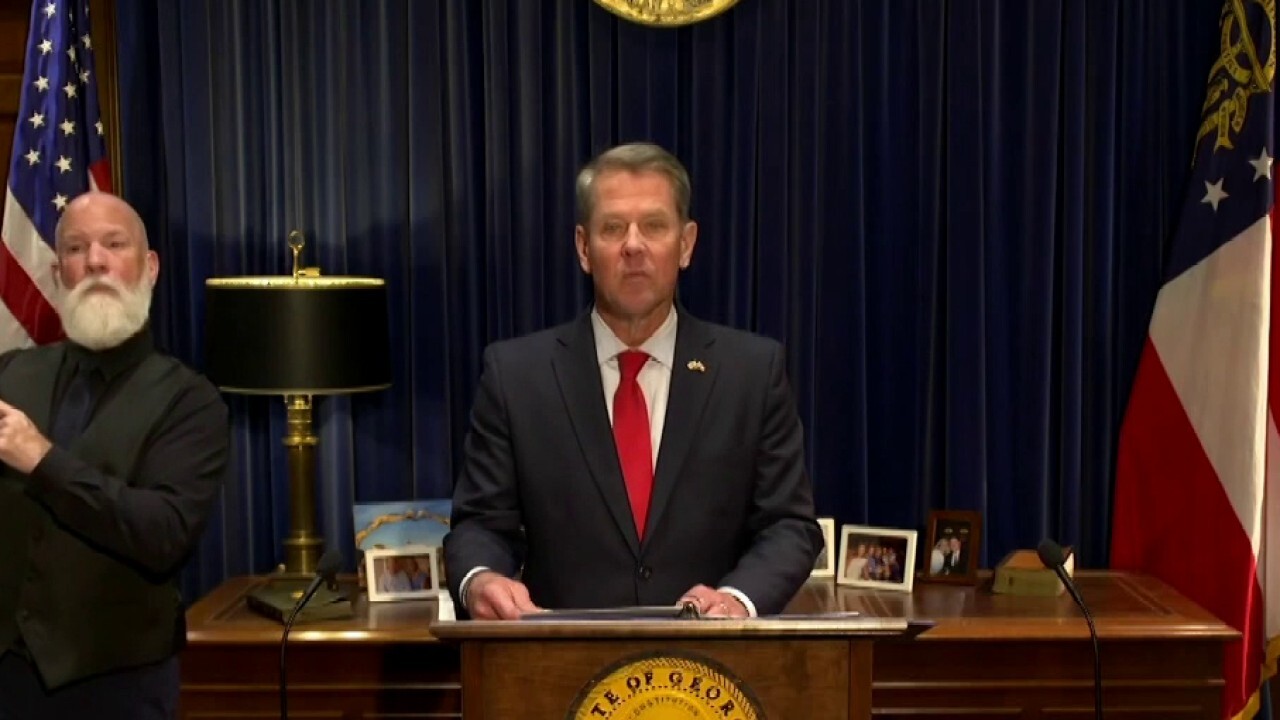 The back-and-forth came after President-elect Joe Biden was certified as the winner in Georgia, the first Democrat to win the state since 1992. A recount there is expected to be completed this week.

These two races will determine whether the GOP maintains its majority in the chamber.

Fox News' Griff Jenkins and The Associated Press contributed to this report.