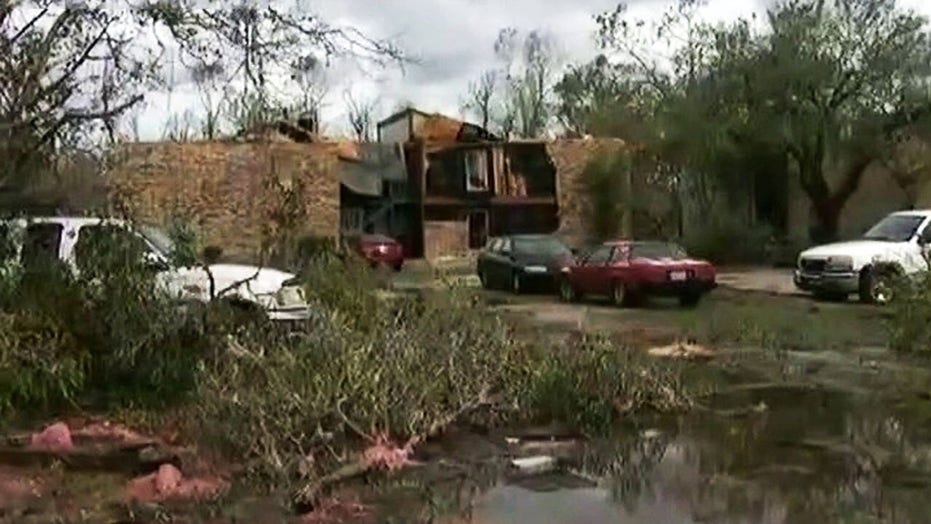 President Trump said Thursday that he will likely travel to Texas and Louisiana this weekend to assess the damage in the area, as Hurricane Laura continues to barrel through the country.

During a meeting at the Federal Emergency Management Agency (FEMA), the president said he would "probably" travel to Louisiana and Texas, and potentially make an “additional stop,” on Saturday or Sunday.

The president thanked FEMA, saying that officials have “done a fantastic job.”

The president’s comments come hours before he is set to formally accept the Republican presidential nomination at the GOP Convention Thursday night. The president is slated to deliver his acceptance speech on the South Lawn at the White House.

HURRICANE LAURA TURNS DEADLY AS IT SLAMS INTO LOUISIANA

Hurricane Laura slammed into southwestern Louisiana early Thursday morning, bringing winds of up to 150 miles per hour. The city of Lake Charles took a direct hit. Later, a large fire erupted at a chemical plant outside the city as a result of the storm passing through earlier in the day. It's not clear what started the blaze.

Laura made landfall near Lake Charles, where a 133 mph gust and an 85 mph sustained wind were measured. 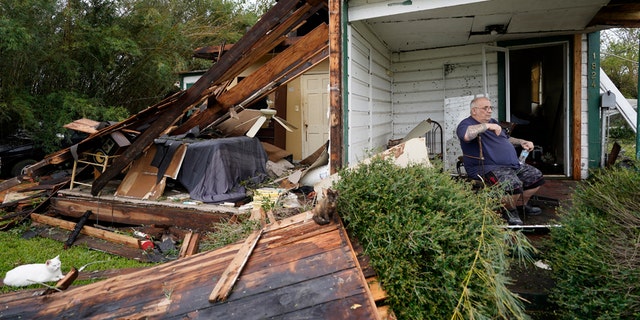 Chris Johnson views destruction at his home on Thursday, Aug. 27, 2020, in Lake Charles, La., after Hurricane Laura moved through the state. Johnson stayed in his home as the storm passed. (AP Photo/Gerald Herbert)

The Trump campaign on Thursday told Fox News, though, that the president’s acceptance speech “will happen as scheduled tonight.”

The president’s campaign also said that the president “has FEMA in steady contact with state and local officials and has already mobilized resources and supplies to people in harm’s way.”

A VIEWERS GUIDE TO THE FINAL NIGHT OF THE REPUBLICAN CONVENTION

Meanwhile, Democratic presidential nominee Joe Biden’s campaign has criticized Trump and the speakers at this week’s GOP Convention, claiming that Republican speakers have not discussed the “massive hurricane bearing down on the Gulf Coast.”

Pushing back, the Trump campaign pointed to the opening prayer at Wednesday night's session, which included asking God to protect the people in the path of the storm. They also noted that Lara Trump, the most senior campaign official speaking on Wednesday night, asked for God's blessings on residents of the Gulf states. And they highlighted that Vice President Mike Pence, the main attraction on the third night of the confab, addressed the storm at the beginning of his nomination acceptance speech.

"President Trump is doing his job working to protect the health and well-being of the American people, while, as usual, the Biden campaign is trying to take advantage of a crisis by turning it into a political weapon. Useless partisan sniping from the basement helps no one," Trump campaign communications director Tim Murtaugh argued in a statement to Fox News.