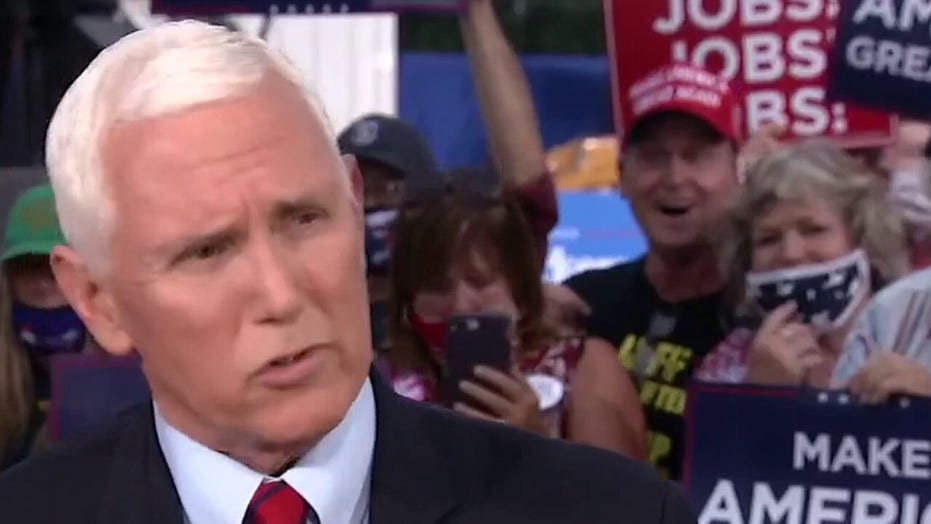 ‘Be confident,’ the president is in excellent health, says VP Pence commenting on Trump’s visit to Walter Reed Medical Center in November 2019

The Trump campaign is firing back at CNN political analyst Joe Lockhart, who speculated that the president had a "stroke" that he has been hiding from the public.

In a Monday tweet, Lockhart asked, “Did @realDonaldTrump have a stroke which he is hiding from the American public?” after reporting from New York Times reporter Michael Schmidt's forthcoming book, which claims Vice President Mike Pence was "on standby to take over the powers of the presidency temporarily if Trump had to undergo a procedure that would have required him to be anesthetized" during his November 2019 visit to Walter Reed Medical Center.

CNN did not immediately respond to Fox News' request for comment.

Lockhart is no stranger to controversial tweets. Last week, the CNN analyst suggested that "karma" was involved in the trajectory of Hurricane Laura as it approached Texas and Louisiana.

"I'm watching tonight because it's important. But i [sic] don't have to watch this snot nose entitled kid from Kentucky," Lockhart tweeted.