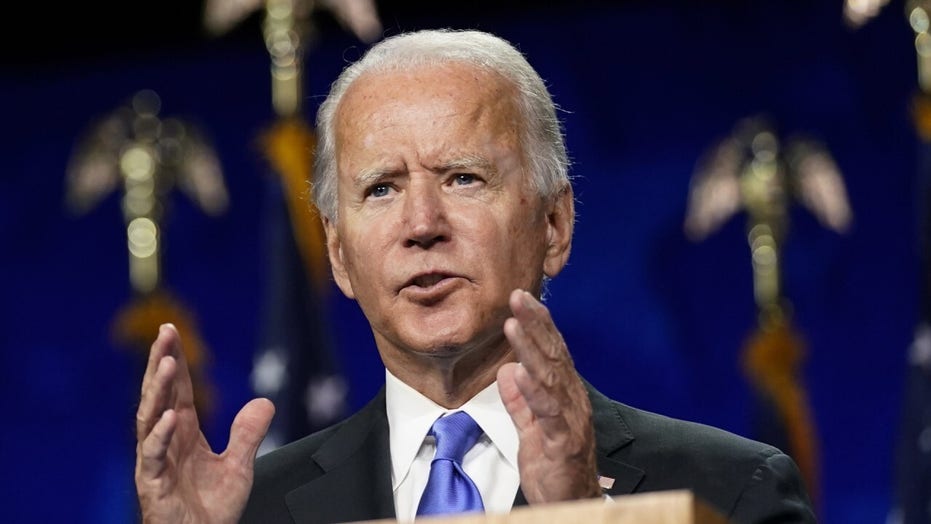 Top moments from final night of the 2020 Democratic National Convention

Democrats may have been thrilled with their four-night, largely virtual convention, but Republicans backing President Trump didn't appear very impressed.

"It was terrible," Epshteyn added on the Trump campaign's convention recap show "The Real Joe Biden."

"The first night was boring, the second night was a bunch of losers like John Kerry, last night was retreads like Hillary Clinton … and tonight was supposed to be the big night. … Is this the worst major party convention in our lifetimes?”

Trump campaign senior adviser Katrina Pierson said convention speakers "negated every opportunity to provide a sensible policy because they don’t have anything," adding the only thing they had to offer was their "disdain" for the president.

She said she didn't think Biden attracted any new voters to his campaign.

"'Vote for me because I’m not Trump' is not a winning message," Pierson said.

"’Vote for me because I’m not Trump’ is not a winning message."

She added that mothers in swing states want to make sure their kids can go outside without being attacked by a “violent mob” while Democrats were portraying the recent protests as peaceful.

Stefanik said voters were looking for “strong leadership,” which they see in Trump over Biden, adding that Trump has traveled more miles campaigning this week than Biden has his entire campaign. She said he’s the “swamp” that Trump is trying to beat.

Stefanik added she’s excited to hear the “voices of everyday Americans” at the Republicans' convention next week.

Pierson said minority voters won’t be fooled by Biden, claiming he is still “exuding racism out of his mouth," and Stefanik agreed, stating that no president has done more to combat anti-Semitism than Trump.

Trump-backing Democratic state Rep. Vernon Jones of Georgia came on the show and explained the Democratic Party has left him because it doesn't support law enforcement and wants to defund police. He added that Trump has a better record with minorities.

“According to Joe Biden, we’re not even capable of thinking for ourselves," Jones said, turning to Pierson. "And to say … if you don’t vote for him you’re 'not Black'? I am Black, I am a Democrat, but I ain’t voting for Joe Biden."

Looking forward to Trump’s acceptance speech, Pierson said viewers would see “his love and his passion for the American people and this country. Our president and his family have made so many sacrifices for us, for Americans."

“He’s winning,” she added of Trump’s position in the race. “He’s always winning, he’ll always be winning and he’s going to win in November."