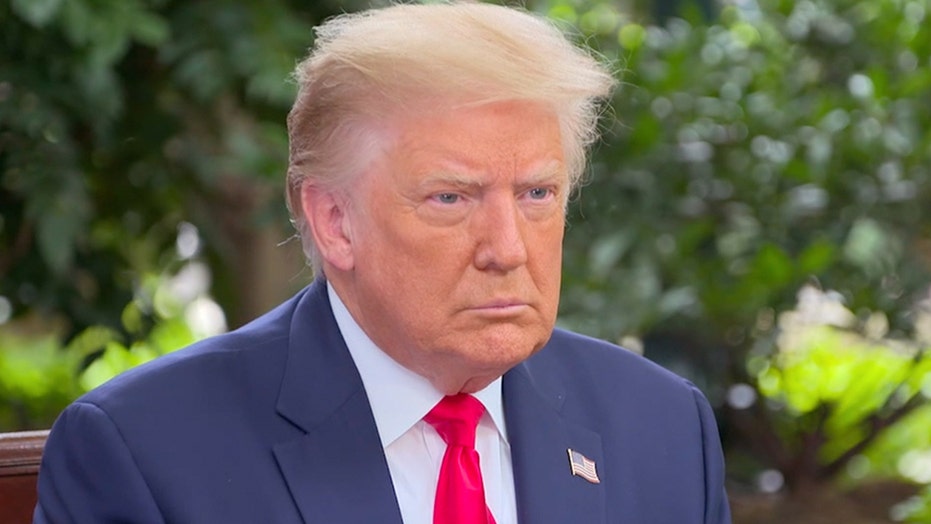 Trump on hostility from Dems, media over when vaccines will be ready

President Trump said Democrats and the mainstream media should be celebrating getting a coronavirus vaccine "in record time," but instead they're creating a "terrible situation" because of the election.

In an interview set to air Sunday on "Life, Liberty, & Levin," Trump said he noticed political opponents and members of the media starting to "denigrate" a potential COVID-19 vaccine several weeks ago, after the president began saying the vaccine could be ready by Election Day.

"Instead of saying, 'Wow, that's great. It's going to save a lot of lives and people are going to be protected, and this whole thing will end faster' … They started denigrating it," Trump told host Mark Levin.

Democratic presidential nominee Joe Biden and running mate Kamala Harris have expressed fears about political pressure by the Trump administration resulting in a vaccine that was rushed into production without proper testing.

“We can’t allow politics to interfere with the vaccine in any way,” Biden said Wednesday. “Americans have had to endure President Trump’s incompetence and dishonesty when it comes to testing and personal protective equipment. We can’t afford to repeat those fiascos when it comes to a vaccine, when it occurs. The stakes are too high.”

Trump said his opponents are trying to downplay the vaccine rollout, "when actually it's one of the greatest things that anyone's done, and I'm not saying me – I'm saying anyone. It's so incredible."

"The reason they're doing it is because they think I'll get credit if we have a vaccine anywhere near the election, but certainly before the election," Trump said. "But essentially we're there now anyway, and we're ready to distribute very rapidly."

The president told Levin that it usually takes years to develop a vaccine.

"I have totally changed the FDA process," he said. "Same safety, but the speed is from a different world, and we should have the vaccine approved very soon."

"It's a tremendous thing that they've done and we've all done together. Then we're ready to distribute it very quickly, and we'll do our senior citizens first – the most vulnerable, … especially if they have a problem with a heart or they have diabetes or something," Trump said.

He praised companies working on the vaccine, including Johnson & Johnson, Pfizer and Moderna, that are in Phase 3 trials, and said Democrats' criticisms have nothing to do with safety.

"You would think they'd be happy and thrilled and jumping up and down," Trump said. "Instead … it's just a terrible situation."