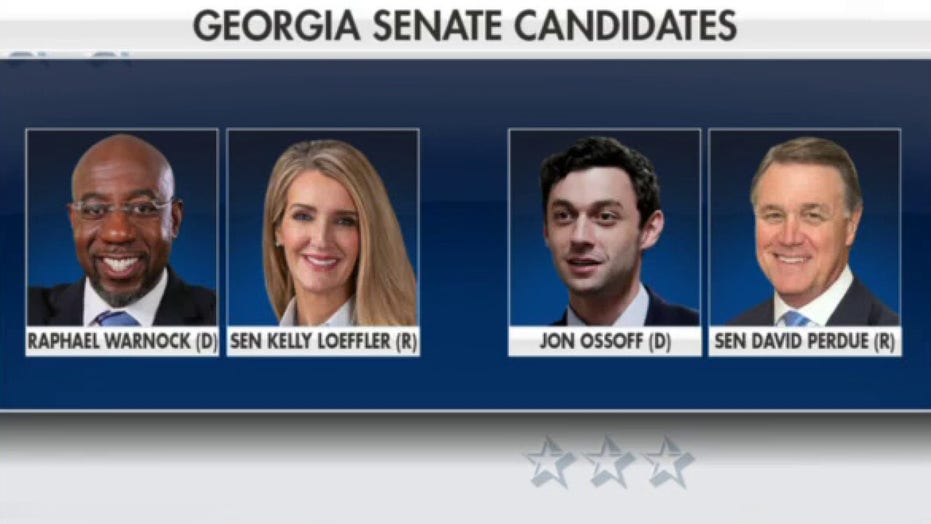 The November election shattered all kinds of records. More ballots were cast than in in other election in American history and voter turnout hit its highest levels in over a century. At the same time, President Trump made historic gains for Republicans with Hispanics and African Americans.

American evangelicals broke their own records as well. They demonstrated overwhelming support for President Trump, all while showing up to the polls in the largest numbers in American history. In total, evangelicals made up 28% of the electorate in 2020, ensuring a tidal wave of support for faith-based concerns and Christian values.

As we approach the Tuesday Senate runoff elections in Georgia, where 79% of the population identifies as Christian and 38% identifies as evangelical, these same voters will decide who will represent Georgia in the Senate.

When you look at the issues and what’s at stake in the two races on the Georgia ballot, it’s clear that Republican Sens. Kelly Loeffler and David Perdue are the candidates who deserve to be elected.

First and foremost, one of the biggest issues for American evangelicals is abortion. Evangelicals are decidedly pro-life; Pew research has found that a whopping 77% of evangelicals support making abortion illegal in all or most cases. And with good reason, too. Strong pro-life values come straight from the Bible, and Christianity clearly teaches respect for life at all stages, from conception until natural death.

But you wouldn’t know that if you listened to the Democrats on the ballot Tuesday. The Rev. Raphael Warnock if running against Loeffler, and Jon Ossoff is running against Perdue.

Warnock has repeatedly expressed his belief that abortion is consistent with Christianity and has proclaimed he will "always fight for reproductive justice."

Warnock is wrong, of course, but that hasn’t stopped him from claiming the mantle of Christianity for his un-Christian views.

Jon Ossoff doesn’t pretend his radical pro-abortion stance has the sanction of the Bible, but he’s just as ardent of a warrior for Planned Parenthood, Roe v. Wade and abortion on demand.

Loeffler and Perdue, by contrast, are unapologetically pro-life, and they both support banning late-term abortions. Both voted for the Born Alive Survivors Protection Act, a bill that pledged to protect the lives of babies born alive after abortions.

When it comes to protecting the dignity and sanctity of life as taught by the Bible, Loeffler and Perdue know what to fight for.

But the runoff elections will have much larger implications for voters of faith. Victory in the Georgia runoffs will determine which political party controls the Senate. If both Democratic candidates win their races, Democrats will be the majority party. For evangelical voters, a Democratic-controlled Senate could be a disaster.

It’s an open secret that the radical, progressive wing of the Democratic Party wants to push Democratic elected officials further left. If the Democrats control the House of Representatives, the Senate and the White House, they would have almost free rein to enact whatever policies they see fit.

The Democrats would be that much closer to packing the Supreme Court to legislate the liberal agenda from the bench. Leading Democrats and even Joe Biden himself have already signaled their willingness to repeal the Hyde Amendment, a vital piece of legislation that ensures no federal funding supports abortions. That’s not even to mention the Democrats' growing hostility to true religious liberty for Christians.

For evangelicals, a lot is on the line in Georgia. Loeffler and Perdue don’t just stand for Christian values; they also represent a crucial bulwark in the Senate against the liberal agenda of the Democratic Party.

Voters of faith can make their voices heard and stand up for the values, the culture and the politics they want. In the Georgia runoffs, I hope that’s exactly what they do.