Volta Trucks has unveiled the Volta Zero, a zero-emissions electric cargo delivery vehicle built for use in the city.

According to Volta Trucks' founder Carl-Magnus Norden in a statement, the current widely used large commercial delivery trucks are dangerous: in London, 23% and 58% of pedestrian and cyclist deaths, respectively, are related to "large good vehicles" despite its low usage compared to other vehicles, such as daily drivers and public transport.

Now, the company is hoping to make a change in the commercial cargo delivery segment by making the vehicles safer, which will be done in part by implementing a different layout in the cab and new systems that will increase the drivers' awareness of their surroundings.

However, safety isn't Volta Trucks' only goal with the Volta Zero. The company is also taking a green approach to its new release by electrifying the fleets and using sustainable building materials, specifically flax and rapeseed oil-sourced resin, on the exterior body panels.

According to the Sweden-based company, this use of flax and resin on the body will be an industry first when the Volta Zero hits the production line in 2022.

"To me, it's so obvious that this is the right thing to do," Volta Trucks founder Carl-Magnus Norden told Business Insider in an interview in February. "The industry is acting very slowly. Everybody is talking about 2030, 2040, but nobody feels the urge to do anything today."

The new vehicle will also be a world's first in its own right. According to Volta Trucks, the Volta Zero will be the first fully electric 17.64-ton commercial vehicle built with the intention of delivering cargo and freight within an urban environment.

The company has a goal of improving air quality in urban areas and preventing around 198,416 tons of carbon dioxide from entering the atmosphere by 2025 by using these sustainability made, zero emissions vehicles, according to Volta Truck's CEO Rob Fowler in a statement. 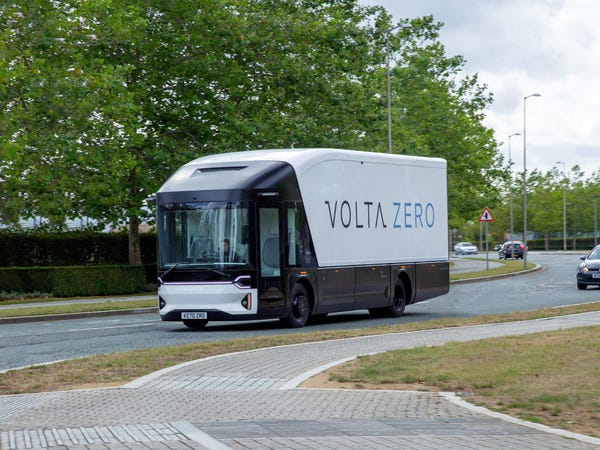 The Volta Zero has 90% less moving components than a traditional vehicle and costs the same as a diesel-powered four-wheeler with the same work purpose, according to its maker. 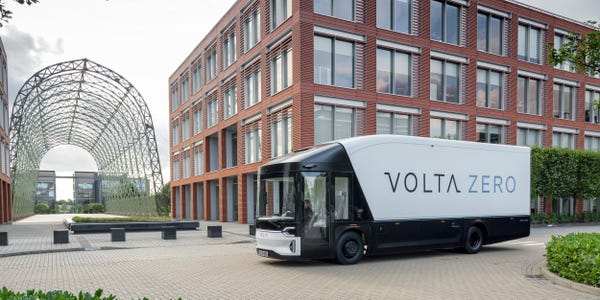 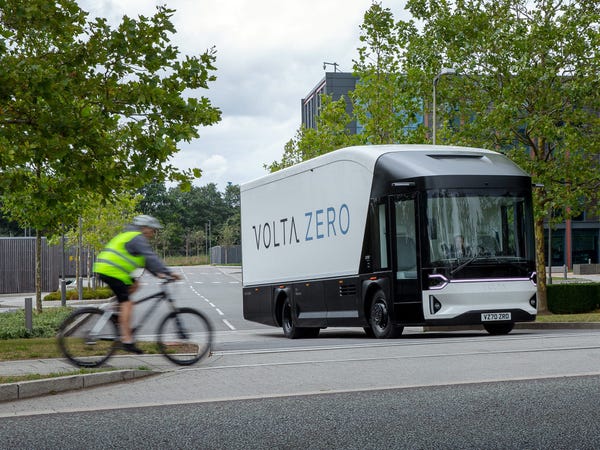 The vehicle has a range between 95 to 125 miles. According to Volta Trucks, the range and load capacity allow one Volta Zero to do the same work as up to four 3.86-ton vehicles. 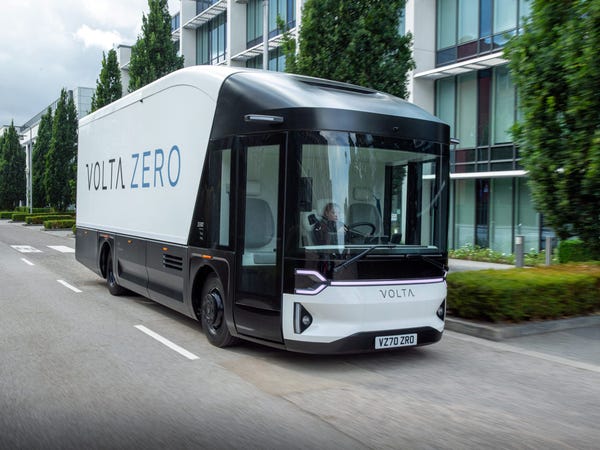 The vehicle's "glasshouse-style" cab provides 220-degrees of visibility, reducing the potential for accidents when used in conjunction with the blind spot warning program,and rearview and 360-degree birds-eye view cameras. 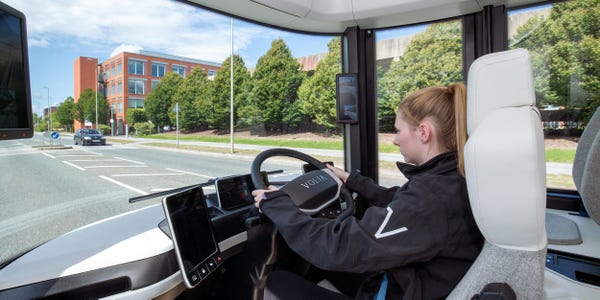 Unlike traditional cargo delivery trucks, the driver's seat in the Volta Zero sits at around the same height as other drivers and pedestrians. This seat, which can swivel, is also placed centrally, allowing the driver to easily exit or enter on either side of the vehicle. 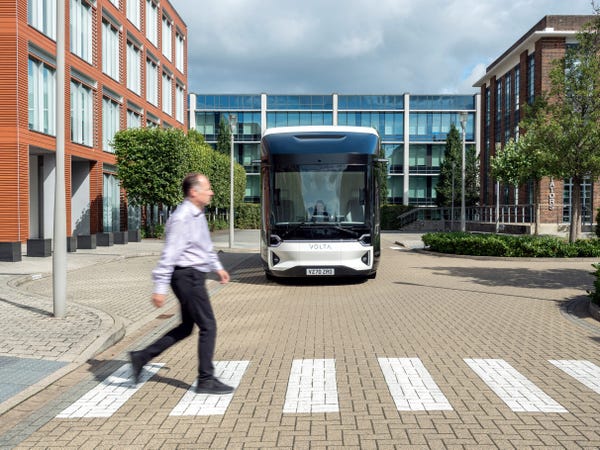 The Volta Zero will also come with an Advanced Driver Assistance System that can electronically aid in tasks like parking and steering. 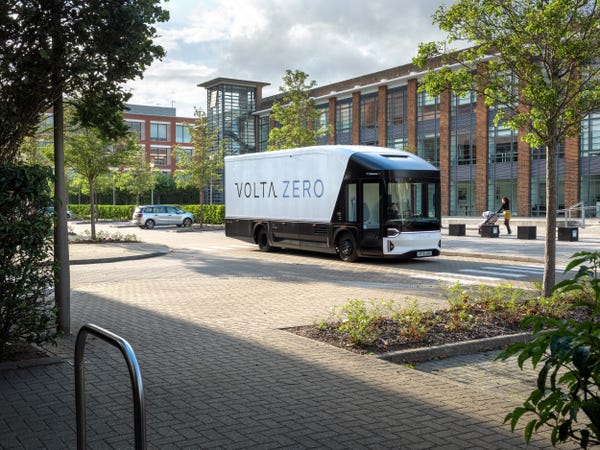 According to its maker, the interior cab area looks bright and spacious with its touch screen displays and natural colors and materials that give it a "comfortable yet elegant" appearance. 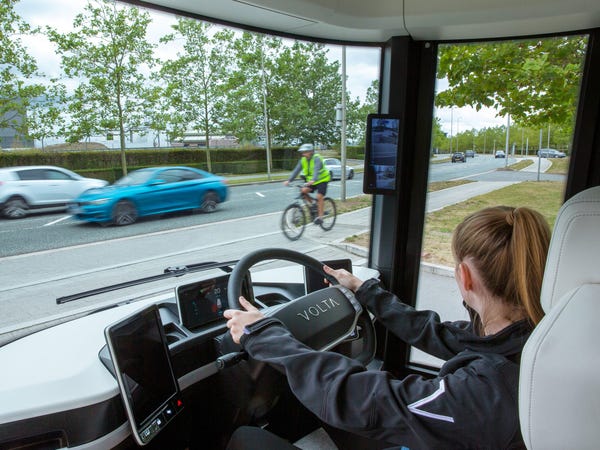 The fleet of Volta Zeros is also set to be the first fully electric commercial vehicle to use an e-Axle, which houses the electric motor, axle, and transmission. 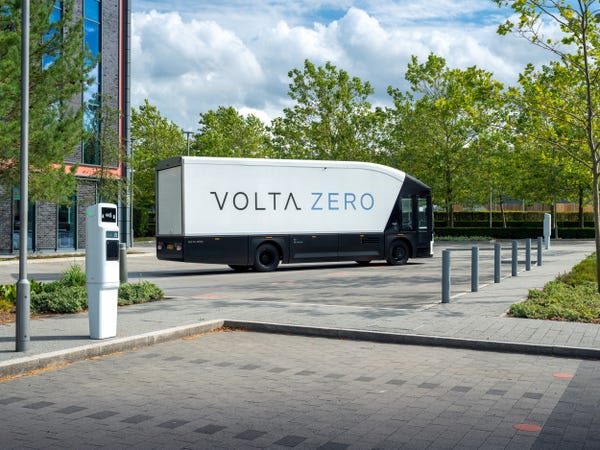 According to Volta Trucks, this lightweight and space-saving e-Axle gives its vehicles a longer range while allowing the lithium-ion phosphate battery to be placed in the chassis rails. 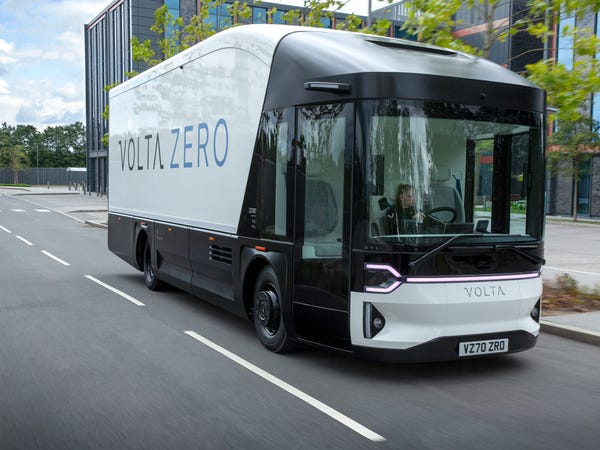 This battery supplies between 160 to 200-kilowatt hours of power. According to Volta, it's also stable, which means if the battery is hit during an accident, it won't set itself or the vehicle on fire. 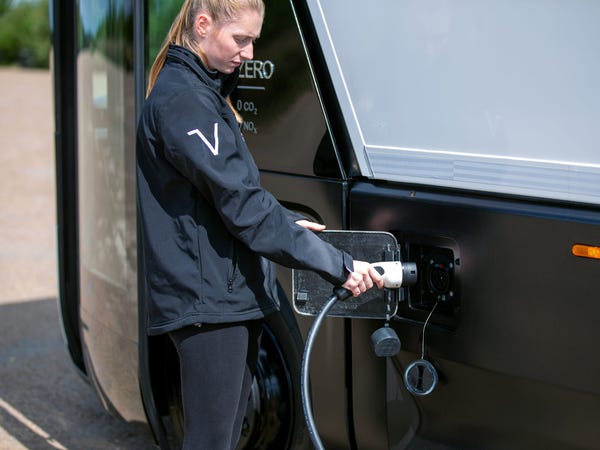 To further the eco-friendly components of the Volta Zero, the exterior body panels are made of flax and rapeseed oil-derived resin that was created by the European Space Agency and Bcomp, a natural fiber maker. 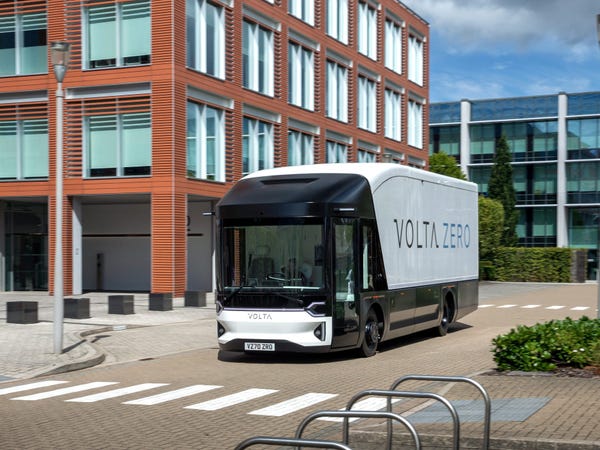 The flax fibers — which are combined with the resin for use on the panels — are lightweight and almost carbon neutral while still being as rigid and heavy as carbon fiber. 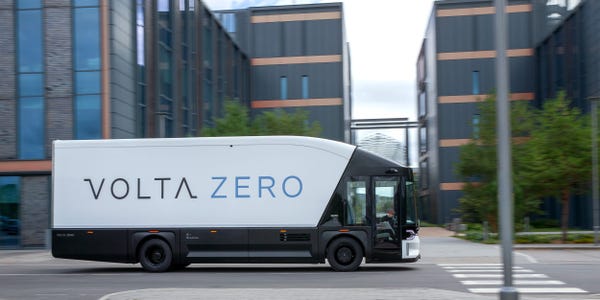 The cab's metal space structure, combined with the body panels, has the same durability as "conventional steel material," according to Volta. The panels can also bend, reducing the chance of sharp sides or scrapes in case of an accident. 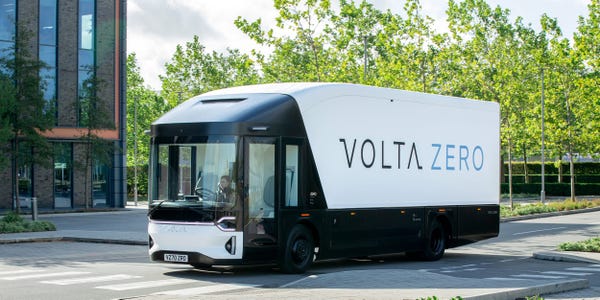 The panels can be burned for waste-heat recovery when they are no longer needed, preventing them from occupying space in landfills. 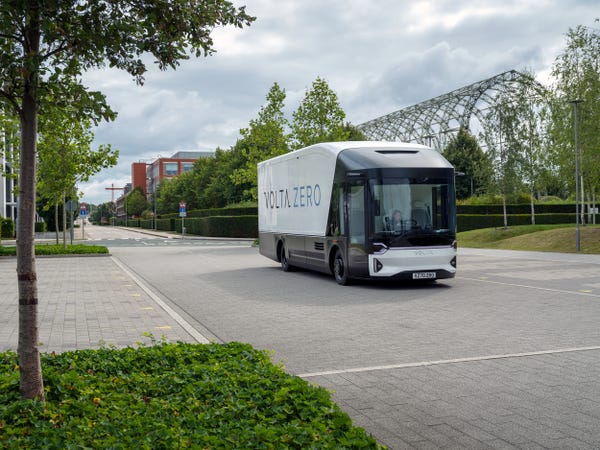 According to Volta Trucks, 12 pilot Volta Zero vehicles will be tested in 2021 with Europe-based cargo delivery and logistics companies. Next year will also oversee the creation of 130 jobs within the organization. 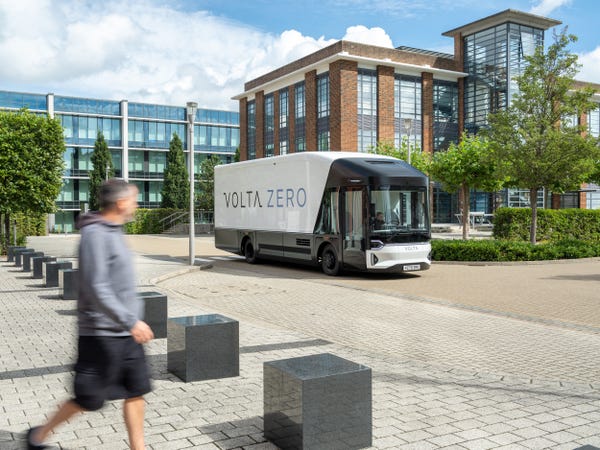 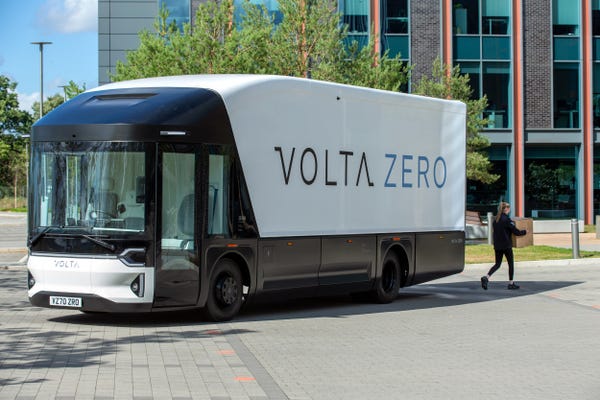