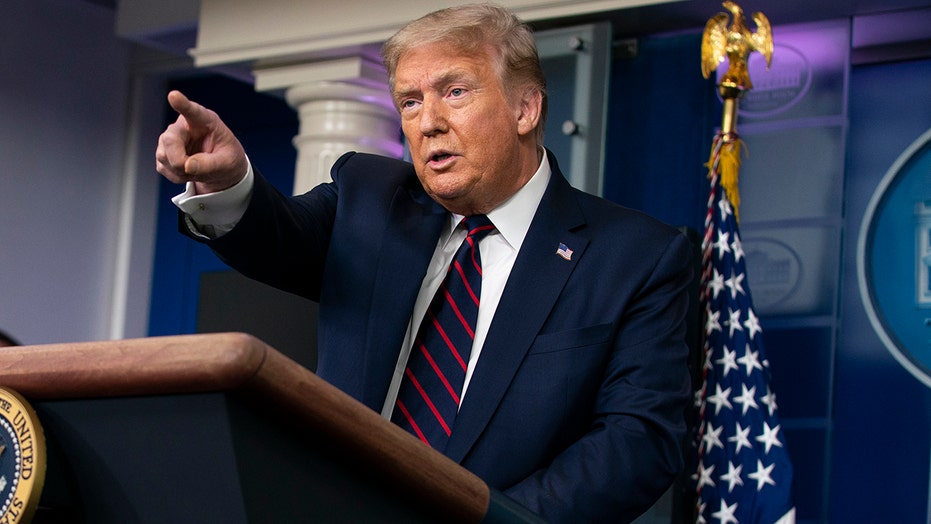 Fox News medical contributor Dr. Janette Nesheiwat on the major points made during the briefing.

"The View" co-hosts Sunny Hostin and Joy Behar continued to criticize President Trump's coronavirus response — this time wondering why he wants schools to reopen if he acknowledges the pandemic will get worse.

On Wednesday's show, Behar asked: "If it’s going to get worse before it gets better, which he finally has acknowledged, then why is he prepared to send out children to school? That’s what I'd like to know from him, you know?"

"Also where was Dr. Birx? Where was Fauci yesterday? You know, Trump considers himself an expert. I consider my dog who knows more about the coronavirus than Trump does," Behar added. She also suggested that Trump was keeping Birx in a "closet" and was afraid she would "come out."

Co-host Sunny Hostin weighed in, saying: "I agree with Joy. If it’s going to get worse before it gets better, we are a month away from children going back to school."

"We know that in many states like Florida, the governors are saying, you know, full steam ahead. Children are going back to school, and we also know that this president has said that he is cutting funding for those schools that are refusing to open instead of maybe flooding those schools with money so that schools can open safely with the proper precautions," she said.

On Tuesday, Trump touted his administration's response to the crisis. "As cases and fatalities rise in certain hard-hit states, which you’re looking at right now, we’re surging personnel, supplies, and therapeutics. We again have tremendous amounts of supplies. We are in very good shape, and we can move them quickly," he said.

As of Wednesday afternoon, there were more than 3.9 million infections and at least 142,595 deaths from COVID-19 in the U.S.