Texas Gov. Greg Abbott on Sunday took a victory lap over his state’s low coronavirus case numbers – and a day last week without a single death – rejecting the harsh criticism he received for lifting all COVID-19 restrictions in March.

“The numbers just continue to improve. To put all of this in context, from the very beginning many businesses remained open,” Abbott said of his state’s pandemic response. “In March, we had the entire economy open up 100% and no more masks. And, of course, President Biden and the Democrats railed against it. … Other Democrats said that I had issued a death warrant.

“We continue to have a decline in deaths after we opened up 100%, until we reached that mark of a day with zero deaths. And hospitalizations continue to go down even more,” Abbott added. “Yesterday was the lowest positivity rate that we’ve had on record during the history of the entire pandemic. And so it shows that the right move was to make sure that we did open up, get things back to normal.” 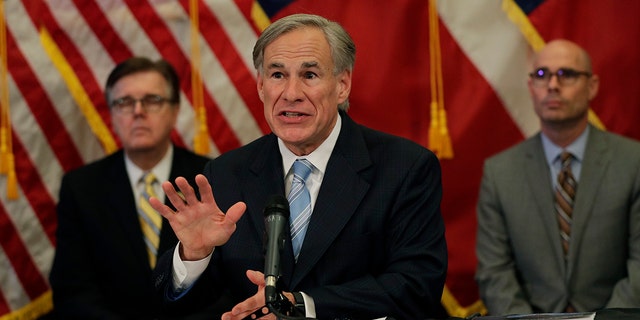 Abbott also praised the strength of the Texas economy, saying that it had been ranked the best place to do business by CEO Magazine and that the state has as many job openings as it does people seeking unemployment. That is part of the reason why Texas withdrew from boosted federal unemployment benefits, the governor said.

Texas was among the first states to end mask mandates and social distancing restrictions as vaccines began to be readily available. The move generated significant pushback from Democrats and the media. President Biden called the decision “Neanderthal thinking.”

Yet Texas’ coronavirus case numbers steadily declined after Abbott lifted the restrictions, reaching a zero-death milestone that was significant for a state with 29 million people.

“Today Texas reported: * 0 Covid related deaths–the only time that’s happened since data was tracked in March, 2020,” Abbott tweeted a week ago. “* the fewest Covid cases in over 13 months * the lowest 7-day Covid positivity rate ever * the lowest Covid hospitalizations in 11 months. Thanks, Texans!”

This was shortly after the U,S. Centers for Disease Control and Prevention earlier this month said that vaccinated Americans can safely resume normal activities, indoors or outdoors, without masks.

The CDC guidance led other states to drop mask mandates and loosen other restrictions.

Abbott also Sunday that Texas is moving to ensure full in-person schooling with children not required to wear masks.

“Also one thing that I did last week was to make sure that students would all be back in school, no more masks in school,” the governor said. “It’s time to get back to normal, both with regard to business openings and children back in schools with no more masks.”

The pandemic in the United States appears to be abating as vaccination rates increase and new infections decline. According to the CDC, more than 61% of Americans have gotten at least one vaccination dose.

Bartiromo and Abbott also discussed the migrant surge on the southern border, which Abbott blamed on the Biden administration. He warned it could open the floodgates for dangerous drugs to enter the country.

“What the border crisis is doing, that Biden has opened up, is enriching the cartels that profit off of moving fentanyl and other drugs into the United States,” Abbott said.

On another matter, Abbott said he intends to “immediately” sign an election security bill moving through the Texas legislature. Critics have criticized the measure for creating unnecessary voting restrictions.

Fox News’ Joseph A. Wulfsohn contributed to this report.