MSNBC staffers are panicking over the direction of the left-leaning news network under newly minted President Rashida Jones, fearing that she’s gearing up for a costly and potentially disastrous battle with CNN, The Post has learned.

Staffers say recent meetings with Jones and her boss, NBCUniversal news chief Cesar Conde, have focused on hard news — with the execs boasting of ratings wins over CNN on breaking stories, such as this summer’s congressional hearings on the Jan. 6 attack on the US Capitol.

That makes some employees nervous that MSNBC isn’t adequately focused on shoring up its primetime lineup of opinion-focused shows that draw in the most loyal viewers. The issue burst into the open last month when news leaked that Rachel Maddow, the network’s star, had been negotiating a new contract and had threatened to leave.

"Rashida’s love is in hard news," an insider said, pointing to the exec’s past roles guiding MSNBC’s daytime news coverage and NBC News’ coverage. "She doesn’t really get what primetime does."

Maddow ended up inking a broader deal that was worth a whopping $30 million a year through 2024, according to the Daily Beast, which cited anonymous sources. It will let her develop projects across the network and also allow her to step aside from hosting her 9 p.m. primetime show within the next year.

Still, that leaves the big question of who will fill Maddow’s shoes. Network insiders told The Post they worried that the hard-news-focused Jones doesn’t have the contacts or the drive needed to find someone to replace Maddow — and fill out the rest of MSNBC’s schedule.

"Rashida has a lot of good qualities, but I don’t think she is someone who corrals big talent," said an MSNBC insider. "She isn’t creative — and that concerns me." 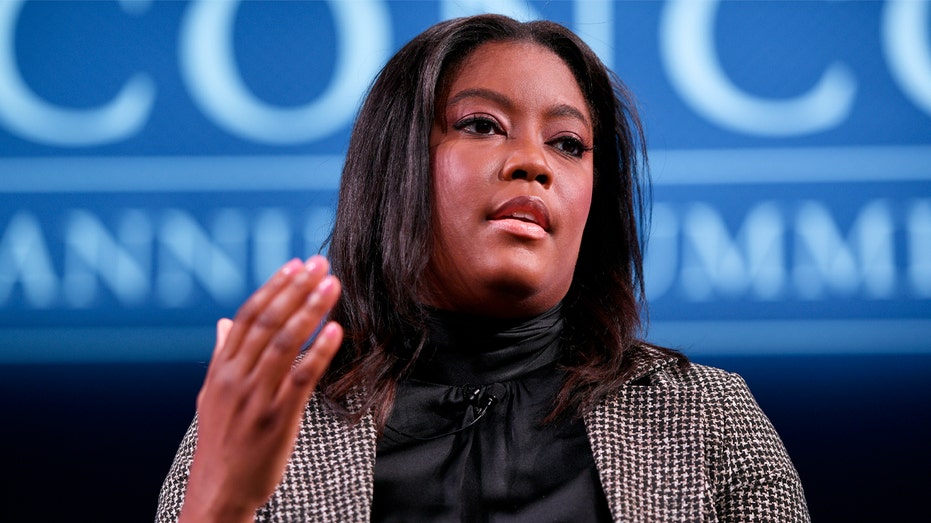 Insiders described Jones, who succeeded longtime MSNBC president Phil Griffin in February, as "buttoned-up," "young" and "lacking a creative vision" for the network, which is known for news analysis from talking heads like Maddow, Lawrence O’Donnell, and Brian Williams.

Most alarming to some, Jones appears to be re-examining the mission of MSNBC, signaling she wants to battle CNN on breaking news rather than focus on its "personality-driven, opinion programming with big stars," a source said.

"We need to embrace our brand on primetime or we are going to lose big-time," one employee said.

The source cited an all-staff Zoom call last week, in which Jones pointed to examples where MSNBC beat CNN in the ratings on big news events. During the call, Jones said, "We are meeting our competitors where they are in hard news," according to a source. Jones also touted strong ratings on MSNBC’s "Morning Joe," thanks to its news coverage of the hearings on the Capitol riots.

Jones has also recently directed the network to put in "a lot of energy on weekend breaking news, which seems like a loser," the source added.

"People have never watched on the weekend except for [prison documentary] ‘Lockup,’" the source said. "Weekends are not a winner for CNN, either. It feels like a waste of time."

Meanwhile, Maddow’s new contract, which has her stepping away from her daily show within the year, does put Jones in a tough spot.

"The question is what do they do with primetime? It’s going to be a test for Rashida," the source said.

According to a source, Jones had earmarked Nicolle Wallace, who currently hosts "Deadline White House" and fills in as a political anchor, to take Maddow’s 9 p.m. show on a temporary basis had Maddow left the network in August.

"In every interview Rashida does, she points to Nicolle as the future," said an MSNBC insider. "But I know for a fact that Nicolle does not want to work late nights."

Although Wallace has been a workhorse for the network, her star power doesn’t approach Maddow’s. What’s more, Wallace, who is going through a divorce and has a young son, has been vocal about not wanting to work late nights.

"Nicolle Wallace does not want to work a second later" than she already does, the source said. "She is already making north of $2 million now, which is enough," the source said, adding that even if the network threw more money at her, Wallace’s priority is her family. 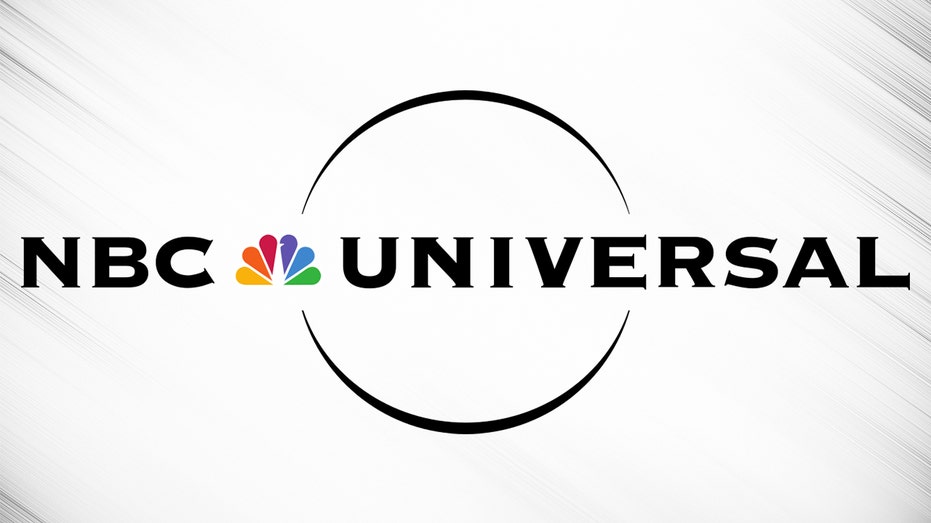 On the positive side, MSNBC staffers are generally relieved at how well Jones and Conde have gotten the network back to normalcy after a chaotic year marred by Ronan Farrow’s explosive reporting, which claimed that NBC brass killed his exposé on Harvey Weinstein and swept a rape allegation by a former employee against "Today" host Matt Lauer under the rug.

But while things are calmer, employees worry that new management has become a little too corporate.

"Cesar Conde is a business school boss and Rashida Jones is very buttoned-up," a source noted.

Griffin, who had been with NBC News and MSNBC almost 25 years, exited when the company was dealing with the fallout over sexual harassment allegations that roiled the news division for two years. While Griffin was never the subject of allegations himself, Farrow’s book "Catch and Kill" recounted the exec revealing a photo of a woman — who a source said was TV personality Maria Menounos — at a staff meeting, smirking and saying, "Not bad, not bad."

MSNBC'S CHRIS HAYES DOWNPLAYS BIDEN'S PHONE CALL WITH GHANI: ‘NOT A SCANDAL ANY MORE THAN THE WAR ITSELF WAS’

Some of MSNBC’s most successful shows like "The Rachel Maddow Show" and even the entertaining and popular "Countdown with Keith Olbermann," which aired from 2003 to 2011, "wouldn’t have been born under this leadership," one employee explained.

"Phil Griffin was a team-builder, who built confidence in the talent and staff," the source noted about the network’s old boss. "He gave people a sense of belonging and a common goal. Now, there’s a colder, corporate feeling."

The well-liked Griffin often met with individual teams across the company and wanted their feedback, which sparked creativity.

"People with ideas were boosted," the source added. "I just don’t see a pipeline for real ideas now."

By comparison, Jones holds more Zoom meetings with the entire staff, which makes it difficult to have a dialogue to share suggestions. Recently, the exec has held in-person coffee meetings with small groups, however.

"She’s very organized, but it just ends up feeling canned," the source said, noting that people with ideas aren’t valued as much, and instead Jones tends to promote the rule-following corporate types.

The shuffling signaled to some insiders a heavier reliance on serious news anchors, who historically have not pumped MSNBC’s ratings.

While Jones may lack Griffin’s flair, insiders noted that she started during the pandemic and it might be too early to judge her performance under these conditions.

"The pandemic has changed everything and it has made executives’ lives harder. Rashida is friendly and approachable, but it’s too soon to tell if she’s a real team builder or someone who just wants to climb the ladder," the source said. "I think she has to work to build trust. Phil had the trust. You knew he had your back."

MSNBC usually beats CNN in primetime, but both networks consistently trail Fox News. Last month, ratings firm Nielsen said Fox News dominated with a total audience of 2.5 million viewers on average across all its primetime shows, far ahead of MSNBC with 1.2 million viewers and CNN with 819,000 viewers.

In the same month, "The Rachel Maddow Show" was MSNBC’s highest-rated show, with a total audience of 2.1 million average nightly viewers, but it trailed five other cable shows, including Fox’s "Hannity," which goes head to head with Maddow at 9 p.m. "Hannity" logged 3 million viewers, second to "Tucker Carlson Tonight," which delivered an average total audience of 3.3 million viewers.

Meanwhile, MSNBC could lose Brian Williams, who anchors the network’s 11 p.m. show, "The 11th Hour." Williams, whose contract is up this year, is threatening to leave and the latest buzz being floated is that he is looking to decamp for CBS, but one source called that a "laughable rumor" meant to motivate MSNBC parent NBC to keep him.

Although Jones has not made an explicit directive to cover hard news, one staffer noticed a shift in the kinds of stories MSNBC is now doing under her. The source pointed to live coverage of the SpaceX launch earlier this month on Chris Hayes’ show "All In."

"There were conversations about should we be covering that? In the past, we wouldn’t," the source said of the rocket ship launch. "Does our primetime audience care about a SpaceX launch? Probably not."