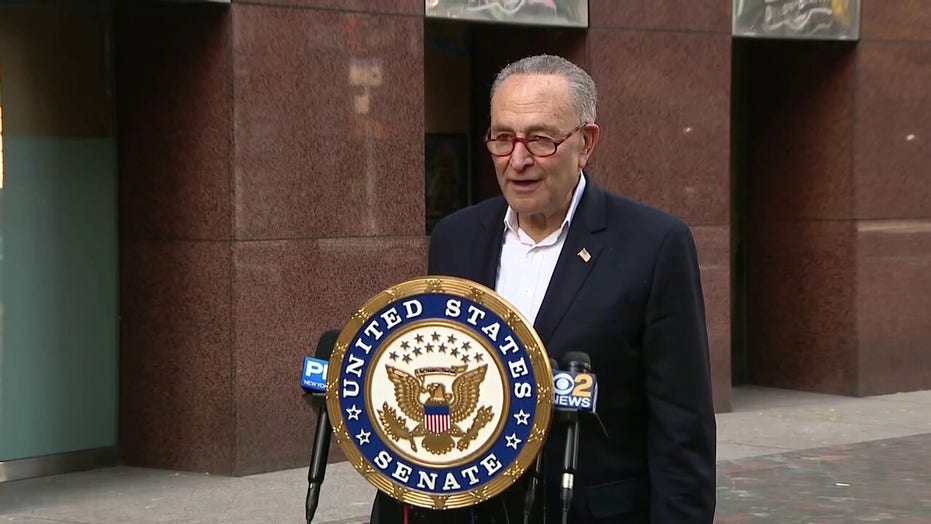 Sen. Chuck Schumer celebrated President Trump's projected defeat by singing a rendition of "God Bless America," and telling the former Manhattan resident it's time to pack up and go home to his new home state of Florida.

"I say to Donald Trump: You lost," Schumer, D-N.Y., said in New York City amid celebrations of President-elect Joe Biden's projected win. "No more games. Go home. Go home to Florida. Stop delaying. Stop making up lies about the election. It was fair."

Trump, a lifelong New Yorker, lived at Trump Tower in Manhattan when he was elected four years ago, but has since changed his residence to his Mar-a-lago club in Palm Beach.

Trump hasn't conceded the race and his campaign has pledged to wage legal battles in various states.

But a jubilant Schumer talked to Biden earlier Saturday to congratulate him and held his phone up outside so he could hear the cheers in Brooklyn.

Schumer, who has tussled with Trump for four years, marked the occasion by ending his news conference with an impromptu version of "God Bless America."

Schumer sang, then said, "Because you did the right thing. To restore democracy and now we will get a lot done.”