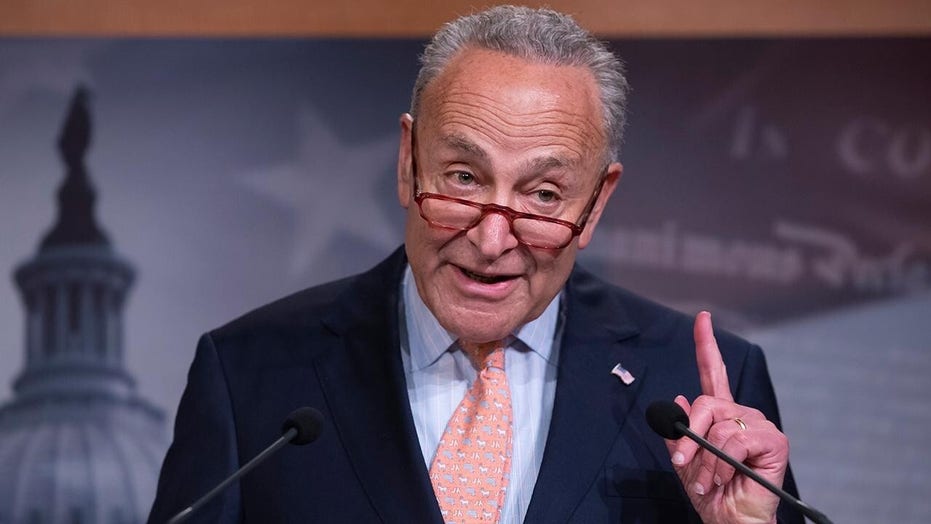 Senate Majority Leader Chuck Schumer is forcing a procedural vote on the yet-to-be-completed bipartisan infrastructure bill Wednesday afternoon, potentially risking a setback in negotiations if Republicans follow through on their threats to vote against a bill “that doesn’t exist yet.”

“I think it’s not gonna turn out to be a hard vote for almost every Republican to decide that we’re not gonna vote to proceed to a bill that doesn’t exist yet,” Sen. Roy Blunt, R-Mo., said Tuesday. “This is not a very high standard to set.”

There’s angst over Schumer’s Wednesday deadline among even the most moderate Senate Republicans, signaling that it’s unlikely the bipartisan infrastructure vehicle will get the 60 votes – meaning at least 10 Republican votes – to proceed to debate.

Blunt’s broadside against the timeline Schumer, D-N.Y., set followed comments this week from Sen. Susan Collins, R-Maine, saying she hoped Schumer would “delay the vote to next week.” Sen. Bill Cassidy, R-La., also said that “unless Schumer doesn’t want this to happen, you need a little bit more time to get it right.”

Senate Majority Leader Chuck Schumer, D-N.Y., praises his Democratic Caucus at a news conference just after the Senate narrowly approved a $1.9 trillion COVID-19 relief bill, at the Capitol in Washington, Saturday, March 6, 2021. Schumer is forcing a controversial to break a filibuster to proceed to debate on the bipartisan infrastructure bill Wednesday, despite the fact the legislative text is not yet written. (AP Photo/J. Scott Applewhite)

“A cynic would say that,” Cassidy added Monday when asked if Schumer is trying to kill the bipartisan effort so Democrats can move on to their massive $3.5 trillion spending plan via reconciliation. “I hope that the cynic is wrong.”

Even if the vote were to succeed the Senate would still face multiple steps to get to final passage, including a cloture vote to end debate, meaning Republicans would still be able to filibuster the final product. Because of that, Schumer maintains that he is forcing the vote now simply to prod the moderate senators negotiating the legislation to move faster.

“It is not a final deadline for legislative text. It is not a cynical ploy,” Schumer said on the Senate floor Tuesday. “It is not a fish-or-cut-bait moment. It is not an attempt to jam anyone. It is only a signal that the Senate is ready to get the process started – something the Senate has routinely done on other bipartisan bills this year.”

And some of the moderates involved in the negotiations note that if the vote fails the bill can be brought up for another vote when the text is finished.

“I hope they’ll continue,” Sen. Tim Kaine, D-Va., added on the state of negotiations if the Wednesday cloture vote fails. “

There’s also hope among the senators involved that an agreement not just on the framework of a bill but also on the particulars – including pay-fors and policy details – could be reached sometime Wednesday. That does not mean there will be a legislative text for Republicans to vote for. But it would represent significant progress in negotiations that could allow a subsequent vote to succeed in the coming days.

“I really believe tomorrow – it will be done cause we are so close,” Sen. Jon Tester, D-Mont., said on Tuesday evening. “If this works out right we should be, we should be done with this thing by noon.”

The bipartisan infrastructure framework includes hard infrastructure projects that Republicans have said they can support, such as roads, bridges, public transit, water and broadband. Those provisions have essentially been carved out of the rest of Democrats’ agenda, which Schumer and Senate Democrats plan to advance separately via budget reconciliation, allowing them to bypass the 60-vote filibuster and therefore pass the legislation without any GOP votes.

“There is not one single Republican in the House or in the Senate who will pay or vote for this reckless tax and spending bill. Not a one,” Senate GOP Conference Chair John Barrasso, R-Wyo., said Tuesday of Democrats’ reconciliation bill. “To get this bill passed Nancy Pelosi and Chuck Schumer are going to have to make every Democrat walk the plank.”

Some liberal Democrats, meanwhile, are anxious to dispense with the bipartisan vote-wrangling in the Senate for infrastructure and move on to the reconciliation effort. Rep. Peter DeFazio, D-Ore., said earlier this week that the “whole thing falling apart is probably the best thing,” according to Politico.

The key procedural vote on the bipartisan bill is scheduled for shortly after 2:30 p.m. on Wednesday. And what Schumer does if the vote fails, Blunt said Tuesday, could reflect just how serious he is about getting the Senate to pass a bipartisan infrastructure bill.

“All he has to do is change his vote to the prevailing side and be willing to bring that up at a later time,” Blunt added, referencing a procedural trick Schumer could use to keep his options open for calling the bill back for another vote.