The Bank of England Monetary Policy Committee voted on June 16 to increase the Bank of England base rate from one to 1.25 percent. It’s good news for savers who are being offered higher return on certain savings accounts, with one bank offering a “competitive” 3.10 percent AER.

Paragon is a UK based bank offering competitive rates for savings and cash ISAs.

If savers can afford to lock away money for five years they will be rewarded with an interest rate of 3.10 percent on savings.

Alternatively, they can choose a one year fixed rate account offering 2.55 percent interest. 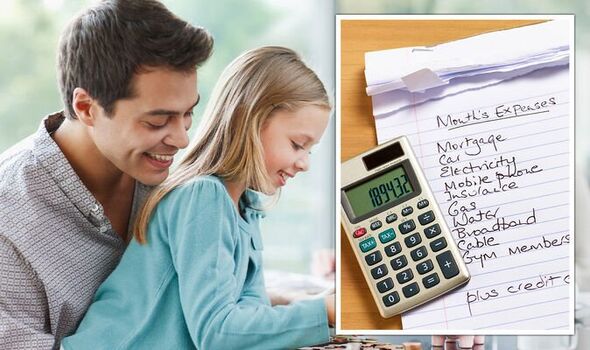 While this is good news for savers, many people are finding their savings depleted due to the cost of living.

Two in five savers claim they are supporting their family due to the cost of living crisis, according to the bank.

Commenting on the findings, Paragon Bank Director of Savings, Derek Sprawling said the older generation are having to step in.

Mr Sprawling said: “As food and energy prices continue to drive up inflation, many parents and grandparents are increasingly stepping up to support family members.

DON’T MISS
Retirement and me: Mum torn between ‘selling house or pension early’ [INSIGHT]
State pension could be slashed long term due to a key July change [WARNING]
Barclays is closing 15 more branches – full list of closures [ALERT]
Inheritance tax warning as you may have to sell family home fast [WARNING]

He added: “It is striking how it is those over 70 providing the greatest level of support to family members.

“This generational divide will provide concern about the level of savings that can held by those under 55 and how they can improve their financial resilience.

“Savers should consider their spending plans for the time ahead and select the right financial tools for their situation, to grow and protect the value of their savings and to help finance big purchases.

“The changes in spending habits, both large and small, is an indication of savers’ adjusting to the wider economy and their making proactive decisions to manage their finances as a result of rising prices.”

Over a fifth (21 percent) have provided support to their children, while a further 17 percent have done so for grandchildren and other family members.

Nearly half of pensioners aged 70 to 74 are mostly likely to have helped family members with 29 percent having provided support to their children and 11 percent to their grandchildren.

What is happening where you live? Find out by adding your postcode or visit InYourArea

The Paragon Bank survey discovered that: