Home » World News » Robocalls are back with a vengeance: How to stop them

Robocalls are back with a vengeance: How to stop them

Robocalls are surging again as the economy begins to pick up steam.

February saw a sharp spike in robocalls, hitting over 4.6 billion nationwide, a 15.1% increase over January, according to YouMail’s Robocall Index.

In February, robocalls averaged 159.1 million calls per day, or roughly 1,911 calls per second, a 27% increase from January, YouMail said.

Robocalls are on pace to reach 51 billion in 2021, up significantly from 2020, according to YouMail. 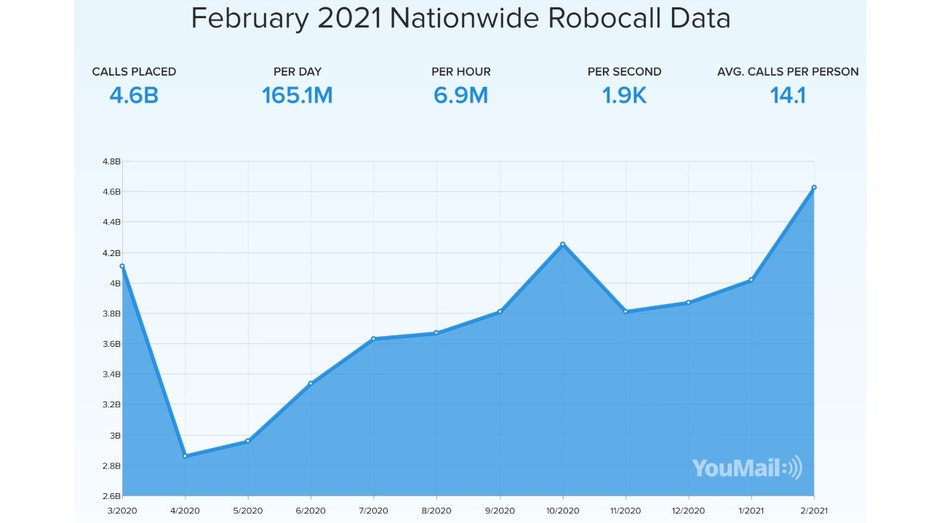 In February, robocalls averaged 159.1 million calls per day, or roughly 1,911 calls per second, a 27% increase from January. (YouMail)

HOW 2 FRIENDS MADE ART HISTORY BUYING A $70M DIGITAL WORK

“The answer is that call centers are back. The pandemic closed them, but as economies and countries reopen, call centers open too,” YouMail CEO Alex Quilici told Fox News.

February saw the most tax-related scams since the pandemic began and even higher volumes are expected in March and April, Parikh said. 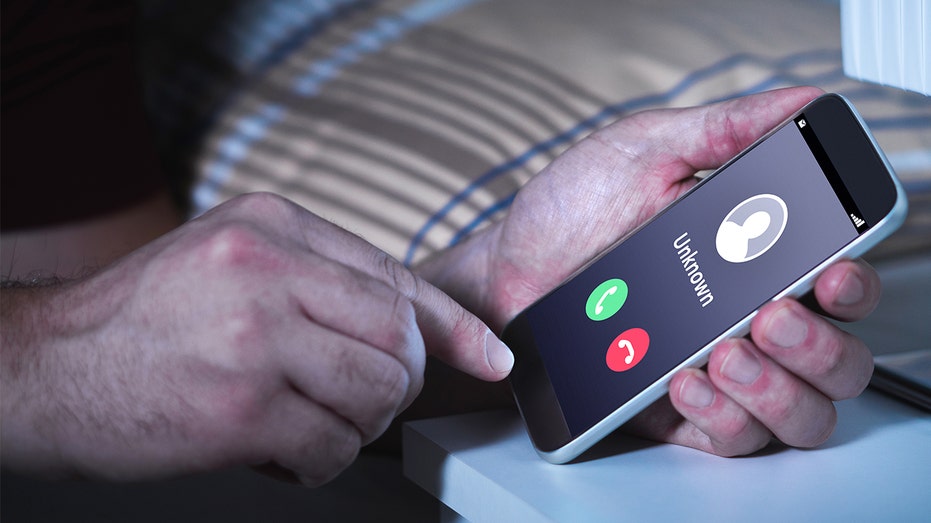 February saw a sharp spike in robocalls, hitting over 4.6 billion nationwide, a 15.1% increase over January, according to YouMail’s Robocall Index. (iStock)

Stimulus checks and COVID-19 vaccines are also contributing to the spike, according to Parikh.

Hiya has seen a jump in vaccine-related scam calls, with scammers selling fake vaccines, fake vaccine appointments, and fake proof of vaccination cards, according to Parikh.

“All…of these events…offer scammers a lucrative opportunity to exploit people,” he said.

How to reduce robocalls

Verizon, AT&T, and T-Mobile have pages that explain how to reduce spam calls and how to use their spam-blocking software and apps.

The iPhone comes with features to block unwanted calls.  For example, you can toggle on “Silence Unknown Callers” under “Phone” in Settings.  Apps to filter and detect spam calls on the iPhone are also available for download.

Samsung offers Smart Call, which will recognize numbers that are not in your contact list and then give you the option to block or report the calls.

Android also has caller ID and spam protection. This is found in the app you use to make phone calls. In the top right-hand corner of the phone app, tap on the three dots and tap “Settings” and you will see a setting that says “Spam and Call Screen.”

In the same settings menu, there is a "Block numbers" option if you want to temporarily block a flood of spam calls.  Tap that and toggle on "Block calls from unidentified numbers.”