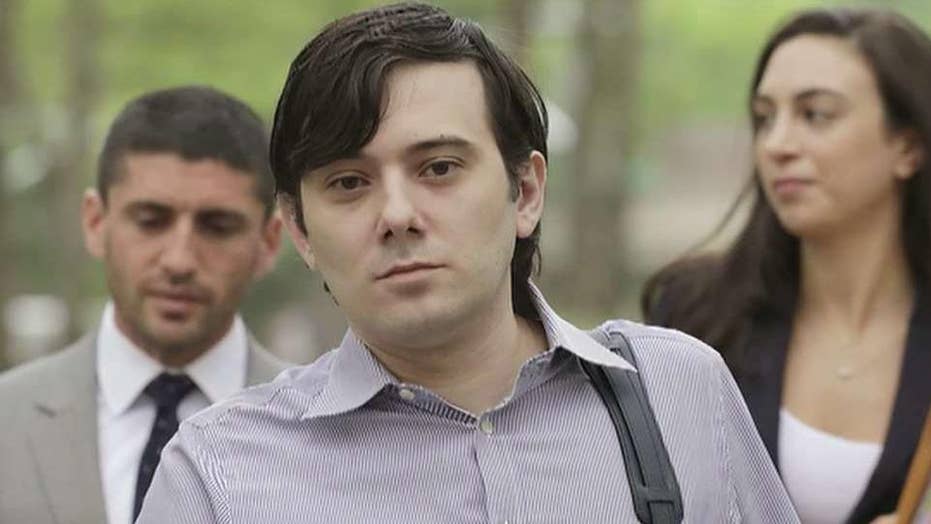 A once-prominent Bloomberg News reporter quit her job and left her husband to pursue a relationship with jailed "Pharma Bro" Martin Shkreli, and the result is a bizarre tale that has set the internet ablaze.

Shkreli is serving a seven-year sentence for a 2017 conviction for lying to investors about the performance of two hedge funds he ran, withdrawing more money from those funds than he was entitled, and defrauding investors in a drug company, Retrophin, by hiding his ownership of some of its stock.

He first gained notoriety by buying the rights to a drug used to treat an infection that occurs in some AIDS, malaria and cancer patients and raising the price from $13.50 to $750 per pill and is typically considered one of the most hated people in America.

Elle magazine published a bombshell feature Sunday headlined, "The Journalist and the Pharma Bro: Why did Christie Smythe upend her life and stability for Martin Shkreli, one of the least-liked men in the world?"

The story paints a vivid picture of Smythe, who broke the news of Shkreli’s arrest as a reporter for Bloomberg News, and her love affair with Shkreli. She attended the prestigious journalism school at the University of Missouri, earned a gig at Bloomberg and eventually married her boyfriend, who worked in investment management. But covering Shkreli changed everything for Smythe and the two formed a unique relationship

Smythe’s husband warned that Shkreli was using her, but the Bloomberg reporter didn’t see it that way. She even missed a marriage counseling appointment to visit Shkreli in jail. She eventually became an advocate for Shkreli, which landed her in hot water with Bloomberg News.

"In summer 2018, her editor summoned her to a conference room at Bloomberg headquarters. When she arrived, her editor and an HR rep sat waiting. They’d already warned her about her tweets regarding Shkreli, which she believed she'd complied with, though she continued tweeting about him some. Now her superiors told her that behavior was biased and unprofessional. Smythe understood their concern and quit on the spot, hugging her editor on her way out of the building," Elle’s Stephanie Clifford wrote.

"At home, Smythe’s stress over Shkreli and her now-uncertain work future compounded her problems with her husband… they’d been considering divorcing since the start of the year, and decided to move ahead," Clifford added.

Without a job or husband, Smythe found herself kissing Shkreli in a room that "smelled of chicken wings" during a visit to jail.

"They couldn’t touch beyond a chaste hug and kiss, per prison rules, and have never slept together, but the relationship moved forward through continued visits, phone calls, and emails," Clifford wrote.

The two grew closer and the ex-Bloomberg reporter even froze her eggs so she could have children with Shkreli upon his release from jail.

In a shocking twist, Shkreli then stopped talking to Smythe because she spoke about their relationship to Elle.

"When Shkreli found out about this article, though, he stopped communicating with her. He didn’t want her telling her story, she says. Smythe thinks it’s because he’s worried about fallout for her. While she waits to hear from him, she monitors Google Alerts for his name, posts in support groups for loved ones of inmates, and—because inmates must place outgoing calls and can’t accept incoming ones—hopes one day he will call or reply to one of her emails," Clifford wrote, noting that the former Bloomberg reporter hasn’t lost interest.

"Smythe has only one photo of the two of them, propped next to her bed," Clifford continued. "Sitting in her basement apartment, her eyes wet, her voice quavering, she says she will continue to wait for him while he serves the remaining years of his sentence."

The story quickly went viral and people couldn't believe what they had read: