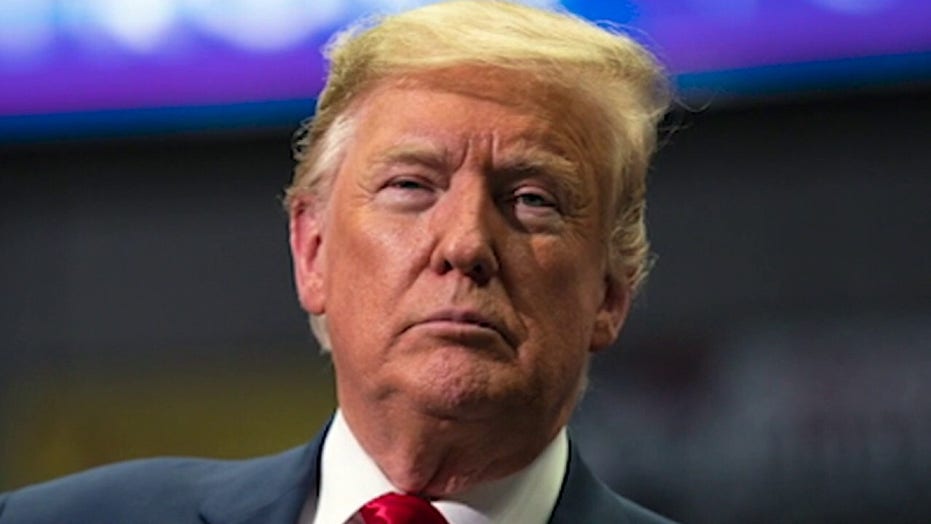 ‘Media Buzz’ host reacts to the Trump campaign’s statement on the state of the race.

The math is looking near-impossible for President Trump to win re-election. But he should take pride in what he’s done for the nation and the world these last four years. It’s a legacy he could easily run on in 2024 — if he quits the conspiracy-addled talk of a “stolen” election.

Trump shook up Washington and the world by disrupting bogus pieties that plagued the establishment and both parties.

Nowhere did he have greater impact than in showing the poverty of the thinking of global elites. When Trump fulfilled a longstanding US promise to recognize Jerusalem as Israel’s capital and move the US embassy there, the intelligentsia insisted it would boost chaos and terrorism across the region.

Instead, Trump has created the contours of a new Middle East by recognizing the reality on the ground — including the Iranian regime’s unalterable hostility to the civilized world — and abandoning decades of failed policy giving Palestinians a veto on peace. He brokered the first Middle East peace deals in years, normalizing Israel’s relations with the United Arab Emirates, Bahrain and Sudan; more Gulf Arab states are likely to follow.

President-elect Joe Biden would be a fool to try to reverse these gains, or return to the failed Iran deal where, as vice president, Iran was shipped pallets of cash that it used to fund terrorism and a renewed drive at Mideast supremacy.

Trump also forced laggard NATO allies to start finally pulling their weight by meeting their commitment to spend 2 percent of GDP on their own defense. He stood up to China, the world’s second-largest economy and perhaps America’s most dangerous rival, and sounded the alarm among allies about the dangers of letting the Communist regime get a foothold in the future of our technology. Past presidents were content to let China steal American intellectual property and use it against us; Trump said, “Enough.”

His China policy was one part of his admirable commitment to watching out for American workers. The men and women disdained by the elites were at the forefront of his mind in every trade deal his administration negotiated, especially his NAFTA replacement, the US-Mexico-Canada accord.

Indeed, Trump did far more than any recent president for the working class, of all races. He worked from day one to end mindless regulation that stifled the businesses that put Americans to work. His 2017 tax reform package put money back into the pockets of the majority of US workers while making US businesses more competitive. That brought a booming economy with rising working-class wages and record-low unemployment rates, especially for blacks and Hispanics.

He also got Democrats, so reluctant to give him any wins in Congress, to support landmark criminal-justice reforms. The bipartisan First Step Act aims to reduce the prison population and give those leaving it a real chance at a new life.

That’s why Trump gained more minority support than any other Republican candidate since 1960. He remade the party, and the party would be wise to continue his populism.

Even as the left’s rabid hostility, including four years of nonstop poison from most of the media, looks to have carried the election against him, the rest of the GOP did well, likely keeping its Senate majority despite having to defend far more seats than the Dems — and gaining enough House seats to cripple the power of Speaker Nancy Pelosi (or her replacement).

To lock in his legacy, though, Trump must rally Republicans to move forward — by behaving with dignity in the face of likely defeat.

Yes, the election saw a lot of unfairness: Pollsters demoralizing Republicans with predictions of a Biden landslide and a Democratic blue wave; media in the tank for Joe Biden and relentlessly supporting his absurd claim that Trump is to blame for every COVID death.

But the president’s aides have shown no evidence that the election was “stolen.” Where Trump won several key states by razor-thin margins to take the White House in 2016, Biden seems to have done the same this year. It undermines faith in democracy, and faith in the nation, to push baseless conspiracies. Get Rudy Giuliani off TV. Ask for the recounts you are entitled to, wish Biden well, and look to the future.

If Trump persists in wild talk to the contrary, he’ll lead his people into irrelevance and marginalize his own voice. His years in the White House have transformed the nation, but refusing to let go now will make it easier for his enemies to undo it all.