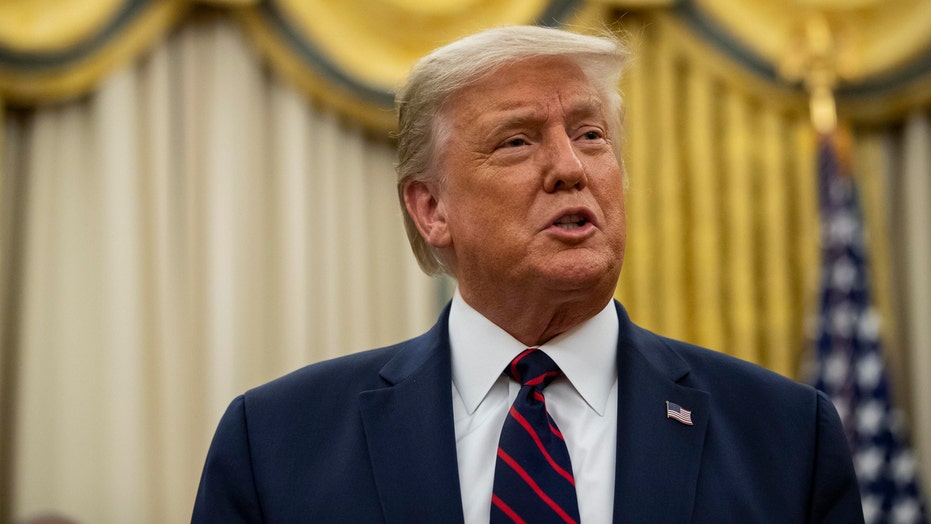 For weeks people have asked me what President Donald Trump’s agenda for a second term would be. I know the White House team led by Brooke Rollins had been developing such an agenda for months. Finally, this last weekend the Trump campaign released a comprehensive agenda covering 50 major commitments toward a better future.

In 2015, Callista and I had been part of a meeting in which then-candidate Trump committed to releasing a list of potential U.S. Supreme Court justices (something he is challenging Joe Biden to do this year). With help from Leonard Leo at the Federalist Society, he developed what was – from a conservative perspective – a superb list of jurists. He kept his word and his first two Supreme Court appointments came from that list.

Candidate Trump campaigned on tax cuts and deregulation leading to economic growth and jobs, and President Trump delivered on both.

SEN. MARTHA McSALLY: RNC SPOTLIGHTS EVERYDAY HEROES WHO FIGHT FOR OUR FREEDOMS AND OUR FUTURE

Candidate Trump campaigned on reducing American losses in the Middle East, and despite the opposition of many so-called experts in foreign policy and national security, President Trump delivered.

Candidate Trump promised to move the American Embassy to Jerusalem, and President Trump delivered – a promise many past presidents could not keep.

The point is that the historic record of the first term indicates that the president will treat this list of 50 major goals as a contract. And, he will build his second term around fulfilling his obligations to it – and the American people.

For that reason, President Trump should consider this his Contract with America.

For years, people have praised the original 1994 Contract with America, which led to the Republicans winning control of the House for the first time in 40 years.

I always explain that it took a unique time and event to create a contract that was real. We had President Ronald Reagan’s ideas and 40 years in the minority to enable us to come together in 1994.

Now, we have a president who is bold and keeps his word. He has prepared a powerful agenda for the future that virtually every Republican candidate and activist can use and support.

It is, in effect, the Trump Contract with America. The initial outline is extensive – although there will presently be a version which expands it further:

Building on the incredible achievements of President Donald J. Trump’s first term in office, the president’s reelection campaign released a set of core priorities for a second term under the banner of “Fighting for You!” President Trump’s boundless optimism and certainty in America’s greatness is reflected in his second-term goals and stands in stark contrast to the gloomy vision of America projected by Joe Biden and Democrats.

One thing all Americans can be sure of is that President Trump will keep his word.

President Trump will further illuminate these plans during his acceptance speech Thursday at the Republican National Convention. Over the coming weeks, the president will be sharing additional details about his plans through policy-focused speeches on the campaign trail.

President Trump: Fighting for You!

END OUR RELIANCE ON CHINA

INNOVATE FOR THE FUTURE

Some of President Trump’s pledges are continuations of patterns and strategies which he has already begun. However, there are new promises which have come from President Trump listening and learning from the American people during his first term.

Regardless of how some people view President Trump and his tough tactics, I think most Americans support most of the promises in Trump’s Contract with America.

One thing all Americans can be sure of is that President Trump will keep his word.