Home » World News » MSNBC medical contributor: If you don't have the booster, you can't safely be around others

MSNBC medical contributor: If you don't have the booster, you can't safely be around others

MSNBC medical contributor: Only those vaccinated with booster should be around others this holiday

MSNBC medical contributor Dr. Lipi Roy gave some surprising advice to Joy Reid and her viewers about vaccines, boosters and visiting with family over Thanksgiving.

An MSNBC medial contributor asserted Tuesday on “The ReidOut” that only those who have been fully vaccinated and received a booster shot should be around others.

Dr. Lipi Roy told Joy Reid during the segment that people should “practice every possible mitigation measure, before adding that “if people are fully vaccinated and even boosted, you can be around other[s]” who have done the same.

Reid also asked Roy a variety of other questions regarding boosters, vaccination, including whether or not senior relatives could attend Thanksgiving.

“As long as they are fully vaccinated and boosted, it’s safe to be around other people,” Roy responded. 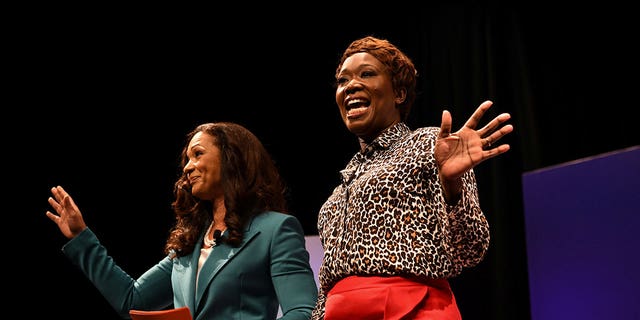 She then added that in the event you are unsure about other guests’ vaccination status, vaccinated individuals should wear a mask or have others get a rapid test. Roy also said that everybody that is 18 and above “needs to get the booster.”

Reid has been pushing the vaccine and scolding anyone who expresses hesitancy under the Biden administration. She has been caught up in a feud with Nicki Minaj after the rapper expressed hesitancy over the vaccine herself. The chyron on Reid’s program has even called the GOP the “anti-vax party.”

Journalist Drew Holden unearthed an August 2020 segment in which Reid had a doctor on her program to say that she wouldn’t advise patients to take the vaccine even if the head of the FDA signed off on it before clinical trials were complete. 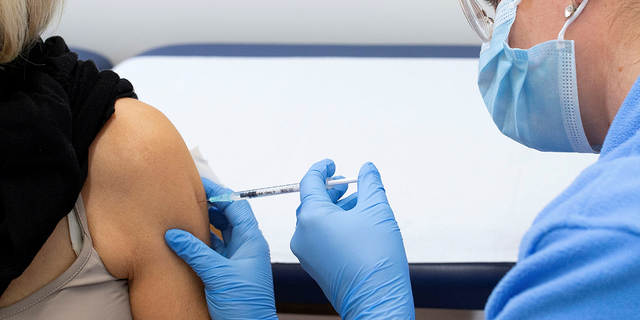 A woman receives a booster shot of Moderna’s COVID-19 vaccine from a health care worker at the vaccination reference center at the Epidemiology, Biostatistics and Prevention Institute (EBPI) in Zurich, Switzerland November 17, 2021.
(REUTERS/Arnd Wiegmann)

“A few weeks later, in early September, she doubled down, endorsing an article titled ‘Trump’s vaccine can’t be trusted,” Holden wrote. “You may remember that the vaccine (which Reid now firmly endorses) rolled out under Trump.”