Our richest Australian, iron ore magnate Gina Rinehart, was among the corporate sector recipients of Australia Day Honours this year with the committee lauding her service to the mining sector and philanthropic efforts. But her successful sports patronage may have been the clincher.

Mrs Rinehart, who oversees the Hancock Prospecting mining empire that helped deliver a fortune estimated at $31 billion last year, and extensive cattle and pastoral interests, has been made an Officer of the Order of Australia. 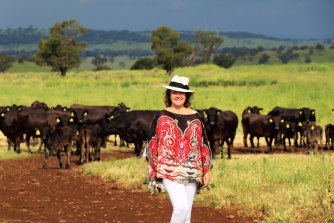 Her extensive support to Swimming Australia, and more recently to the swimmers themselves through direct funding, was crucial to our recent success at the 2021 Tokyo Olympics said one of the people who should know: Olympic gold medallist Cate Campbell.

“I don’t say this lightly, but Gina Rinehart saved swimming,” she told The Australian Financial Review after the Tokyo Olympics.

After sponsors withdrew support for Swimming Australia in response to its poor showing at the London 2012 Olympics, Mrs Rinehart stepped up her funding.

“This allowed many athletes – myself included – to see that there was a future career in swimming for us,” Ms Campbell said.

Mrs Rinehart, who declined to comment on the honours, has also been a big supporter of Volleyball Australia, Rowing Australia, the Royal Flying Doctor Service and charities in Australia and Cambodia.

Helen Nugent, who stepped down as chair of the National Disability Insurance Agency (NDIA) and the National Portrait Gallery December 31, 2021, was given the highest honour this year with her Companion of the Order of Australia for her services to people with disability, the business sector and the arts.

Ms Nugent, a former Macquarie Group director who chairs energy infrastructure provider Ausgrid, said she is honoured and humbled by the award.

“It has been an immense privilege in terms of making a difference in the lives of people with disability,” she said of her role at NDIA which involved overseeing the some-times controversial implementation of the scheme.

“There’s now over half a million people in the scheme, and it’s also really gratifying to see children get the early intervention and support they need. And also to see the NDIS making a contribution to building a more inclusive Australia,” Ms Nugent said.

She still has plenty on her plate with roles that include a board seat at the Garvan Institute for Medical Research and insurer, IAG. 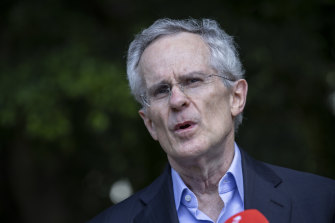 Outspoken competition regulator Rod Sims was made an Officer of the Order of Australia for distinguished service to public administration in economic policy and regulatory roles. This includes his 11 years at the competition and consumer protection agency which he leaves on March 20 this year.

While he may be best remembered for the ACCC’s world-leading inquiry into digital platforms, which introduced competition regulation of tech giants like Google and Facebook, Mr Sims’ influence extends back to his crucial role in the landmark competition report by Fred Hilmer in the 1990s. It also includes his success at raising fines for corporate wrongdoing.

“Raising those penalties up massively has greatly increased the effectiveness of and respect for Australian Consumer Law, which I think is really terrific and a big change,” he said.

But as Mr Sims prepares to step out the door in March, there is still work to do. This includes a discussion paper at the end of February on whether, or not they should be upfront rules, regarding what the digital platforms can and can’t do. But he is happy with what has been achieved so far.

“We’ve done a lot of work on apps, advertising tech and search. Not to mention the news media bargaining code, which I think has been stunningly successful,” he said.

Mr Hartigan was made an AO for services to the media industry and sport which went hand-in-hand with his powerful role as the head of Rupert Murdoch’s Australian media organisation News Ltd.

Mr Hartigan also received recognition for his services to Indigenous welfare through roles that include acting as an ambassador for the Australian Indigenous Education Foundation, a non-profit organisation which provides scholarships to the Indigenous students in Australia with the backing of News Corp, billionaire Andrew Forrest, BHP and Qantas.

Mr Holliday-Smith was made a member of the Order of Australia for his services to business which includes chairing of Snowy Hydro Ltd. He stepped down as chairman of both the ASX and Cochlear last year having acted as chairman of the $12 billion biotech group for more than a decade.

Ms Watkins was also made a member (AM) of the Order of Australia for her significant service to business through leadership roles which saw her become one of the few women to have reached the rank of chief executive of a top 50 Australian company.

She has gone on to become a Reserve Bank of Australia board member, and the first female chancellor at the University of Tasmania in its 130-year history. 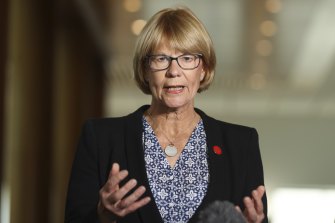 Alison Watkins is one of the few women to head a company one of the top 50 companies on the ASX with her role at Coca-Cola Amatil. Credit:Alex Ellinghausen

“I’ve seen women take on more and more leadership roles over the 30 or so years I’ve been working,” she said after receiving the chancellor role.

“I think it’s a really important part of improving sustainability and diversity of all of our organisations, so it’s a wonderful privilege.”

Dr Jane Wilson received an AO for her distinguished service to business, government, as well as health, aged care and education.

This includes roles on the boards of Transurban Ltd and Sonic Healthcare. She was also the Deputy Chancellor of the University of Queensland.