The Department for Work and Pensions confirmed it was trawling through records to identify those due a windfall. Thousands have already been reimbursed after they did not automatically receive increased payments. The average refund is around £9,000, but some have received more than £30,000. The shortfall in payments is estimated at £100million and last night experts urged women of pensionable age to make their own checks, rather than wait for a call.

It is believed hundreds of thousands could be eligible for reimbursements.

Currently, he said, many groups, including widows, divorced women and over-80s, will not get a call from the DWP and must ring up and ask for their state pension to be checked.

He added: “It would be far more efficient for the DWP to do a comprehensive record check, including alerting women who still need to make a claim for an uplift.

“Without this, this issue will rumble on and on, and women will continue to miss out on the pen-sion that is rightfully theirs.” The shortfall has been caused by factors including complex rules about the entitlement of women under the old pension system and computer errors by the DWP. 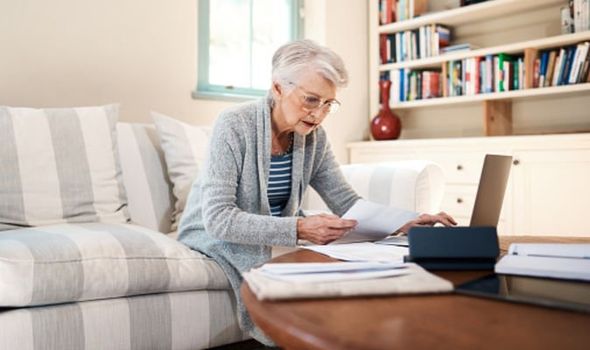 Since March 17, 2008, this uplift to 60 percent should have happened automatically.

Before that, a married woman had to make a second claim to have her state pension increased when her husband turned 65.

More than 160,000 people have accessed a calculator provided by pensions consultants Lane Clark & Peacock after it published a report in May exposing the scandal.

Ros Altmann, former Pensions Minister, said: “The Government seems to have no idea how many people this affects. Women’s pensions are already significantly lower than men’s. The Government needs to urgently identify these under-payments and ensure the women receive the money they were entitled to.”

The DWP said: “We are aware of a number of cases where individuals have been underpaid state pension. We corrected our records and reimbursed those affected as soon as errors were identified. We are checking for further cases.”

A phone call to the pension service is by far the quickest way to find out if you are eligible for a state pension reimbursement.

Those who write in can end up waiting a month for a reply whereas experts say those who phoned up have had money in their bank account one week later.

The best number to call is 0800 731 0469 but full contact details can be found by visiting www.gov.uk/contact-pension-service

Lynda Hallaway was unaware she had been shortchanged on her state pension until she checked and received £9,000.

At retirement she drew a pension, but because of time spent bringing up her family she only got £57 a week.

This changed when husband John entered her details into the Lane Clark & Peacock website calculator, which showed the shortfall. 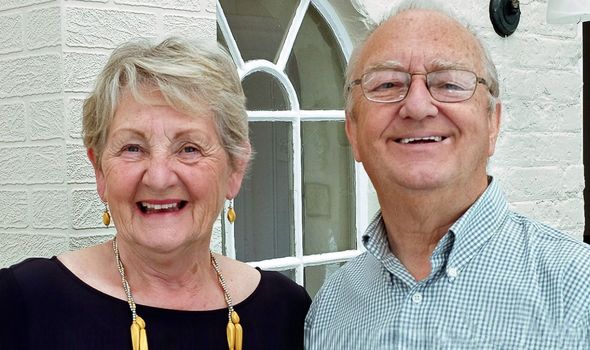 It was because she was one of thousands whose pension should have increased when her husband turned 65 in 2012, but it never happened due to a administrative error.

She had been underpaid by more than £1,000 a year ever since her husband turned 65.

Lynda said: “I would encourage any woman who thinks her pension is being underpaid to get it checked.”

Tens of thousands of married women are not getting the state pension that should be theirs by right, and I believe the Government needs to do more to sort out this problem.

Women who spend time raising a family often do not build up much state pension.

To help this group, under the old system, they could claim a pension based on their husband’s record of national insurance contributions once he retired.

The current rate is £80.45 per week for women whose husband had a full working life.

But large numbers are not getting what they are entitled to. For those whose husband reached pension age after March 17, 2008, the Government should simply have awarded this special rate automatically.

But I have heard for lots of women that this never happened.

When they contact the Pension Service they get an increase and a back payment of thousands.

The good news is that the DWP has said it is “checking its records” for other women in this position and to put things right.

The problem is that there is a second group who will never get a call. These are the women whose husband retired before March 2008 when rules were different. Back then married women had to make a second claim if they wanted their pension increased to the married woman’s rate. If they didn’t, they didn’t get the rise.

Worryingly, there is no sign that DWP are using their records to alert them that they can still claim. These women have been underpaid for more than 12 years.