Home » World News » Migrants heading to US are huge financial windfall for smugglers, who rake in $1.7B annually, report finds

Migrants heading to US are huge financial windfall for smugglers, who rake in $1.7B annually, report finds

A new report has identified one set that has benefited tremendously from the rise in migration from Central American countries to the U.S.: smugglers.

According to data compiled by the Migration Policy Institute and United Nations World Food Programme, and MIT's Civic Data Design Lab, migrants from Guatemala, Honduras, and El Salvador pay $1.7 billion to smugglers annually in order to help get them into the U.S. 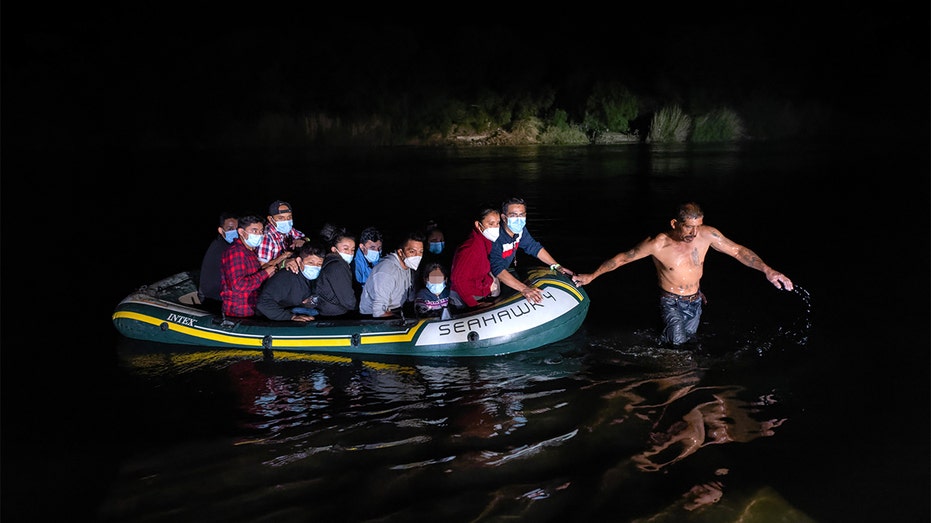 A smuggler guides a group of immigrants across the Rio Grande to cross the border from Mexico on Aug. 14, 2021 in Roma, Texas. The face of a minor has been blurred. (John Moore/Getty Images / Getty Images)

Those estimates are based on an average cost of $7,500 per person to use a smuggler to get across the border. That is far and away the most expensive method of getting into the U.S., compared to an estimated $4,500 for entering legally and $2,900 for entering illegally alone or with a caravan.

That last dollar amount is part of why caravans – which have resulted in huge surges of migrants crossing the border in short periods – have become an increasingly popular method of traveling. Another is safety in numbers.

"Since 2018, migrants travelling irregularly from Central America have organized caravans more frequently to provide protection and pool resources during the journey, especially along the most dangerous segments of migration routes," the report said. Using smugglers also adds an element of danger, the report said, noting that there is "great potential personal risk at the hands of smugglers."

The upside, however, is using someone with experience getting people across the border. Plus, it is not uncommon for it to take multiple attempts to successfully cross over, and smugglers have more recently offered "packages" that cover more than one attempt in case the person is caught and sent back. 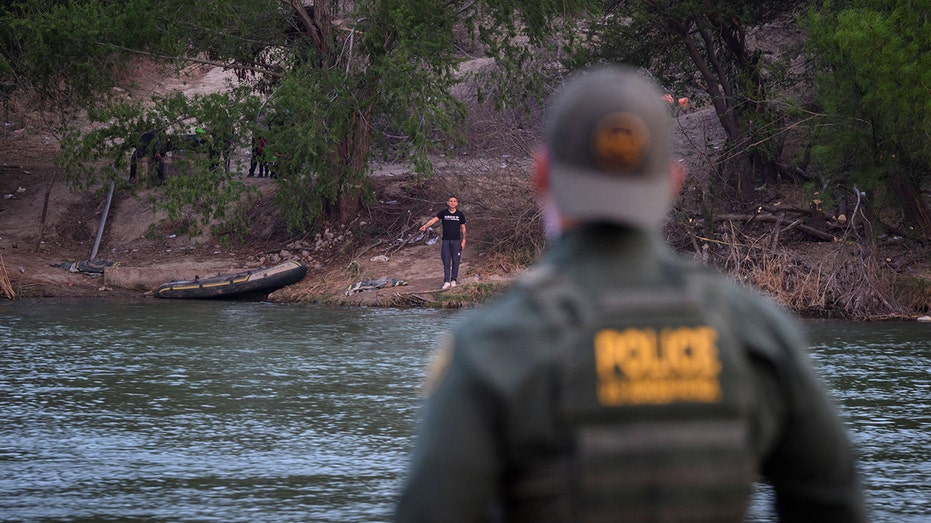 In a photo taken on March 27, 2021 U.S. Border Patrol agents stand opposite a man believed to be a “coyote,” people smuggler, on the banks of the Mexican side of the Rio Grande river, in the U.S. border city of Roma. (ED JONES/AFP via Getty Images / Getty Images)

To pay for these trips, migrants have turned to a variety of sources. The most common was relying on help from friends and family. Other common means of funding include loans from banks or a loved one, and using one's own savings.

The report does not just address the "how" of migration; it also explores the "why." The biggest apparent reason is food.

"Notably, individuals experiencing food insecurity were more likely (23 percent) to make concrete preparations to migrate than those who were food secure (7 percent)," the report said.

"We are seeing an exodus from Central America as hunger and despair force many to migrate in search of a better life. Families are being separated and communities are being destroyed as poverty, climate change and now COVID-19 have left many people feeling they have no choice but to head north," UN World Food Programme Executive Director David Beasley said in a statement.

Other reasons have included violence, low wages and unemployment that worsened during the coronavirus pandemic, and "climate-related shocks such as severe droughts in the Central American Dry Corridor and more frequent and stronger storms in the Atlantic."

The report surveyed Central American households and found a sharp increase in the overall desire to migrate, with 43% expressing in 2021 that they wanted to permanently move to another country in the next year. This is up dramatically from 8% surveyed in 2019.

At the same time, desire does not always lead to action. Just 3% of those surveyed said they had made "concrete preparations" to leave.