THE remains of a suspected medieval soldier surrounded by weapons have been found submerged in a Lithuanian lake.

It's thought the watery grave became the male soldier's final resting place over 500 years ago. 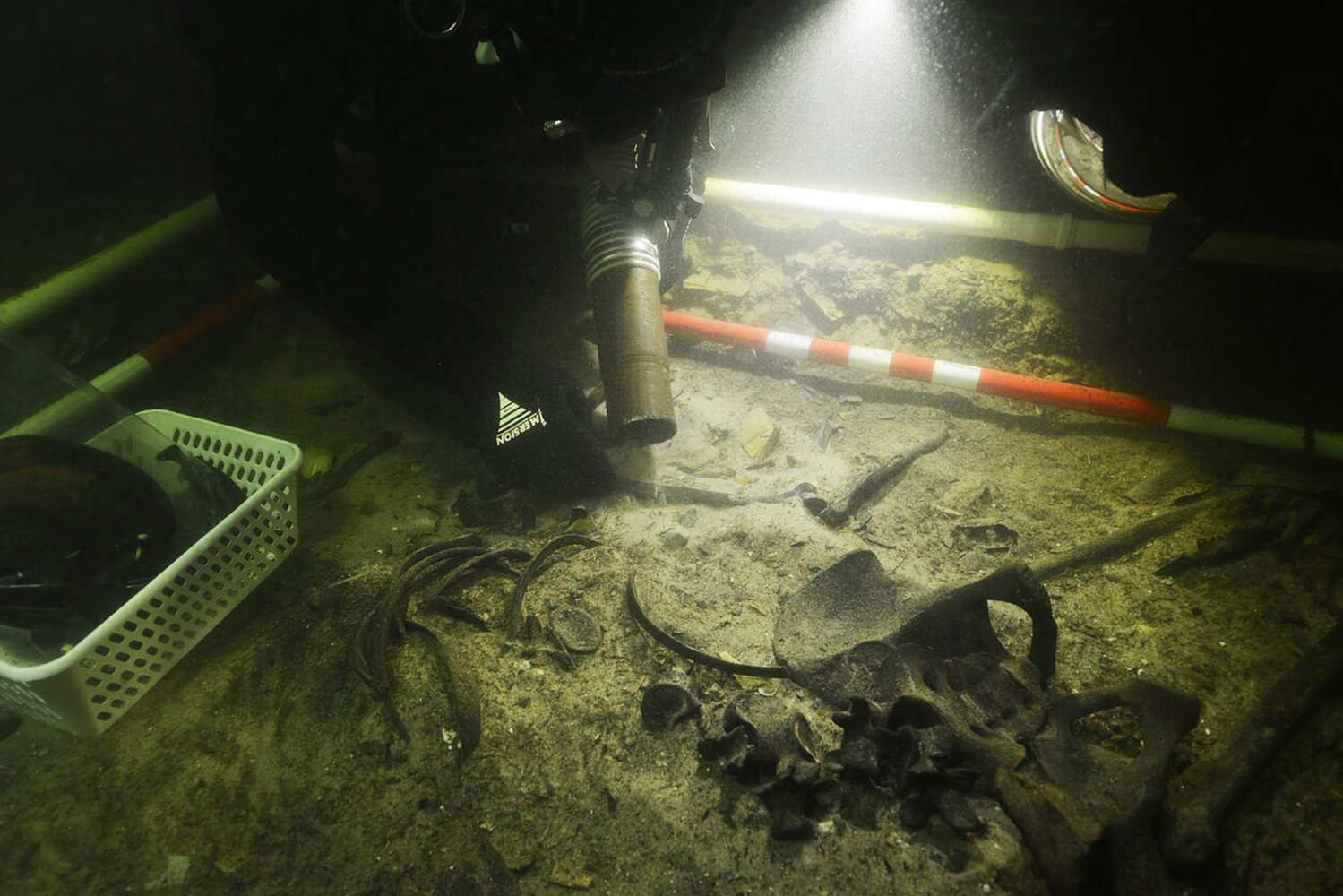 The body lay hidden under the mud for centuries.

It was discovered during an underwater inspection of Dubingiai bridge in eastern Lithuania's Lake Asveja.

The bridge is set to undergo repair works so divers performed a survey and found the remains at 30 feet deep.

According to the Baltic News Service, archaeologists do not believe the man was buried. 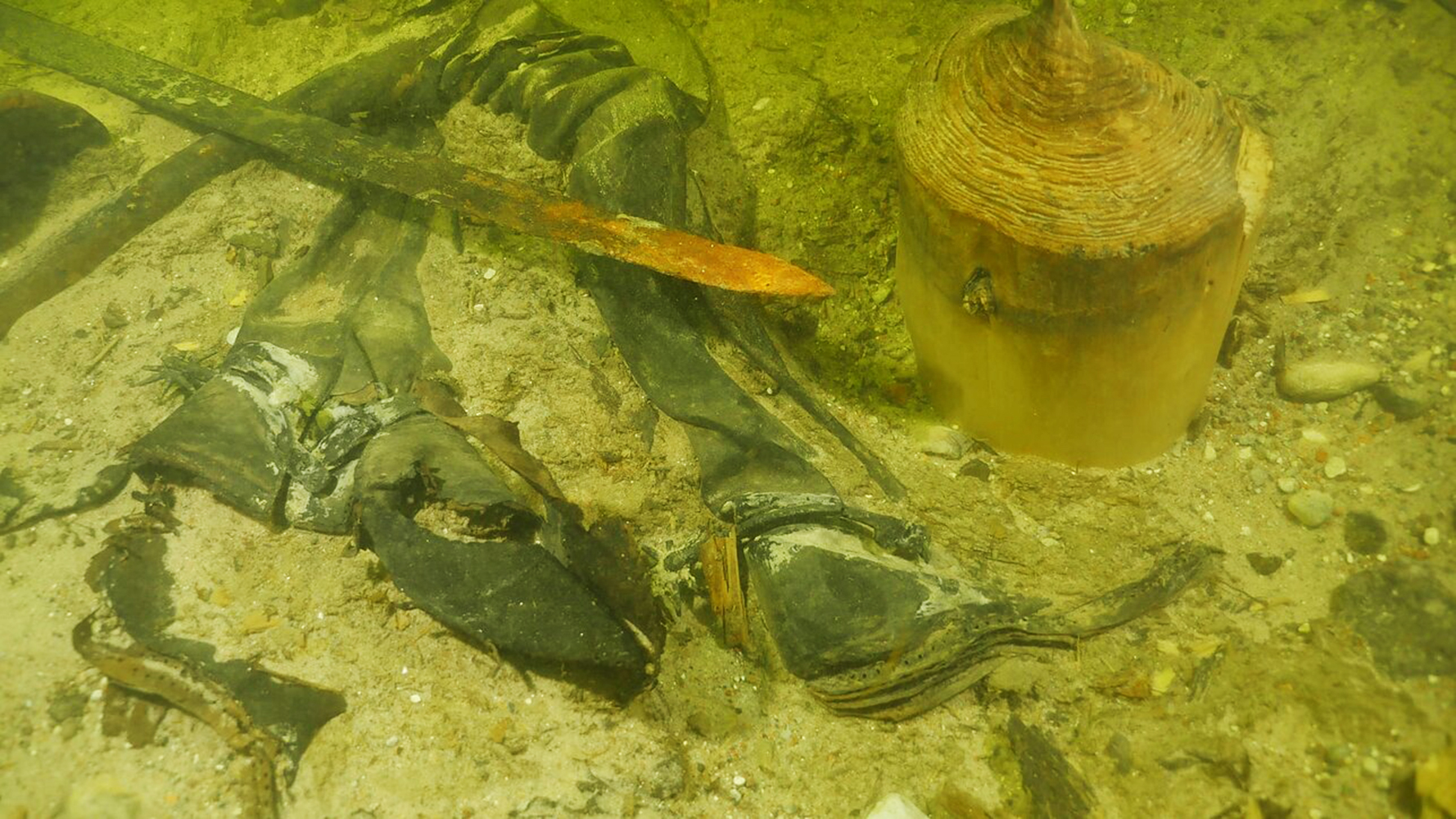 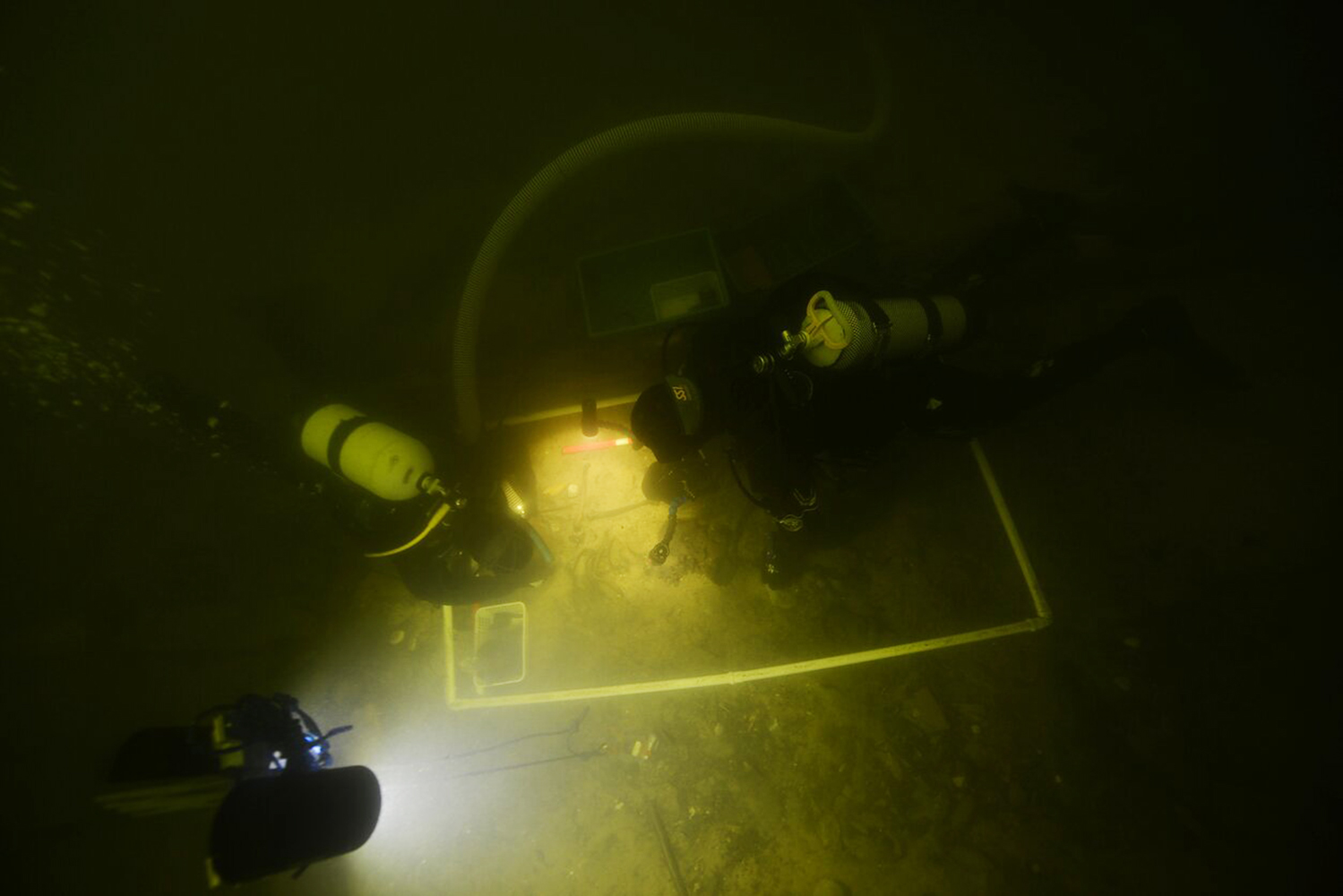 He may have died in the lake and sediments later covered his body.

It's thought he died in the 16th century but no one is quite sure why.

Well-preserved leather boots with spurs, a leather belt with a buckle and knives were found in the mud.

These suggested to experts that the man was a solider. 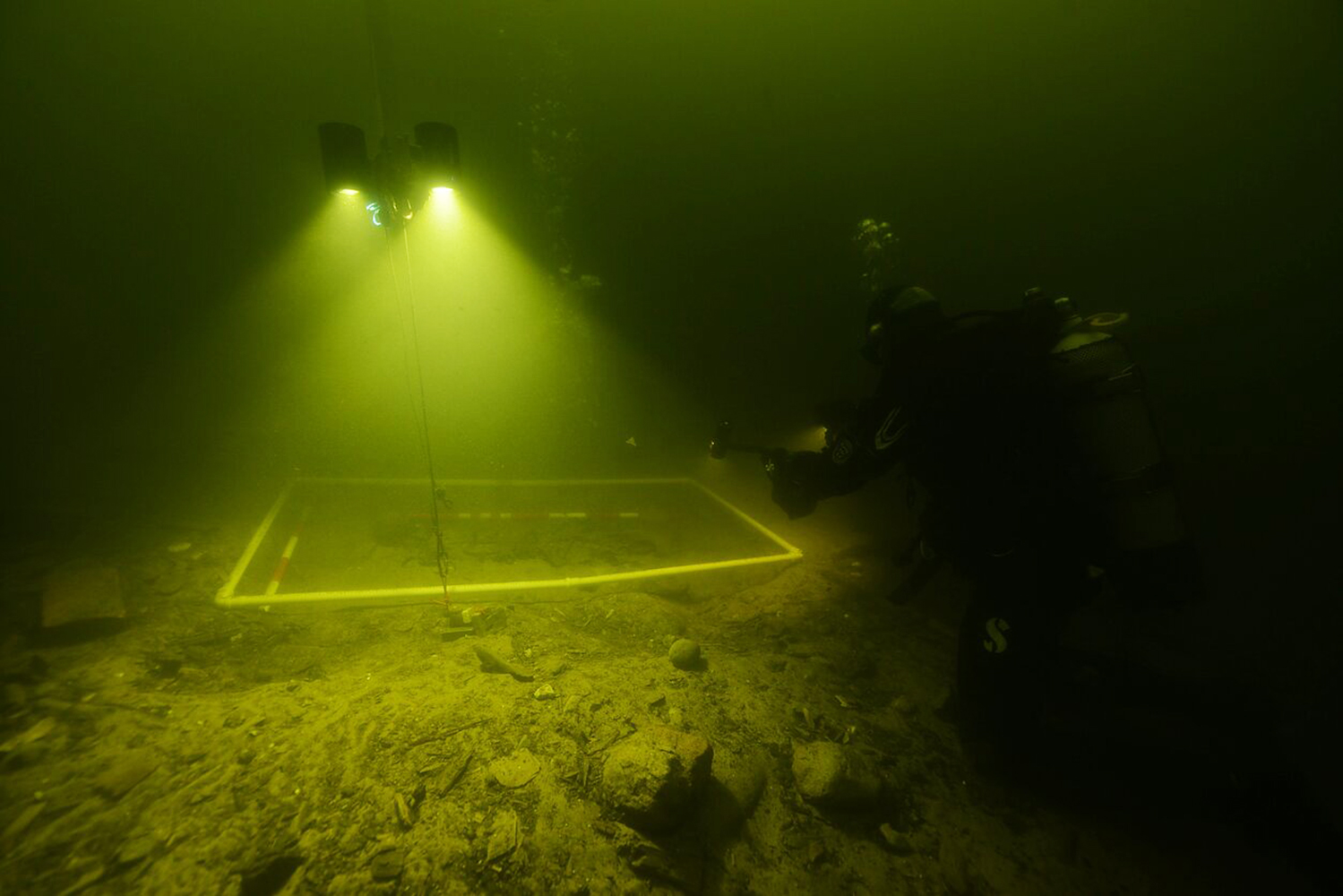 If the remains do belong to a medieval military man then he would be the first found underwater in Lithuania.

A survey of the lake in 1998 revealed there would have been an old bridge there in the 16th or 17th century.

It could be possible that theman was crossing this bridge before his demise.

Archaeologist Elena Pranckėnaitė told Live Science: "For now, we assume that those discovered human remains could be linked with the former bridge leading to Dubingiai castle, which was situated on the hilltop on the shore of Asveja Lake."

Further investigations will be conducted so we can find out more about the medieval man.

The world’s most gruesome ancient burials

Here’s some of the most haunting archaeological discoveries ever made…

In other archaeology news, an impressive 100 Ancient Egyptian painted coffins and 40 statues have been unearthed at the Saqqara necropolis near Cairo.

Sacrificed llama mummies have been dug up in Peru and they're almost perfectly preserved after 500 years.

And, a Viking temple dedicated to Old Norse gods like Thor has been unearthed by archaeologists.

What do you think about the medieval warrior discovery? Let us know in the comments…