Manufacturers back 25th Amendment push to remove Trump from office

Capitol riots will be used to ‘go after’ Trump supporters: Ben Domenech

The Federalist co-founder Ben Domenech on the consequences of the Capitol protests.

The National Association of Manufacturers is calling on Vice President Mike Pence to consider invoking the 25th Amendment to remove President Trump from office, blaming him for inciting Wednesday's siege of the U.S. Capitol that left five people dead.

Pro-Trump protesters had gathered in large numbers in Washington, D.C., for a "Stop the Steal" rally, where the president repeated unproven claims that the 2020 election was stolen. Shortly afterward, protesters breached the Capitol building where Congress had convened to certify Democratic challenger Joe Biden's Electoral College victory.

During the riots, the president released a video statement on Twitter in which he expressed "love" for protesters and told them to "go home in peace."

TRUMP TELLS PROTESTERS TO 'GO HOME,' MAINTAINING THAT THE ELECTION WAS 'STOLEN' AMID VIOLENCE AT THE CAPITOL

"The outgoing president incited violence in an attempt to retain power, and any elected leader defending him is violating their oath to the Constitution and rejecting democracy in favor of anarchy," said Jay Timmons, president and CEO of the National Association of Manufacturers (NAM), in a statement. "Anyone indulging conspiracy theories to raise campaign dollars is complicit."

The vice president "should seriously consider working with the Cabinet to invoke the 25th Amendment to preserve democracy," Timmons added.

The 25th Amendment allows the vice president and a majority of the Cabinet to sideline a president deemed unable to perform his duties, a provision typically reserved for extreme health emergencies. The president can resume his duties when he deems himself fit, unless overridden by a two-thirds majority of Congress.

"Across America today, millions of manufacturing workers are helping our nation fight the deadly pandemic that has already taken hundreds of thousands of lives," Timmons said. "But none of that will matter if our leaders refuse to fend off this attack on America and our democracy —because our very system of government, which underpins our very way of life, will crumble." 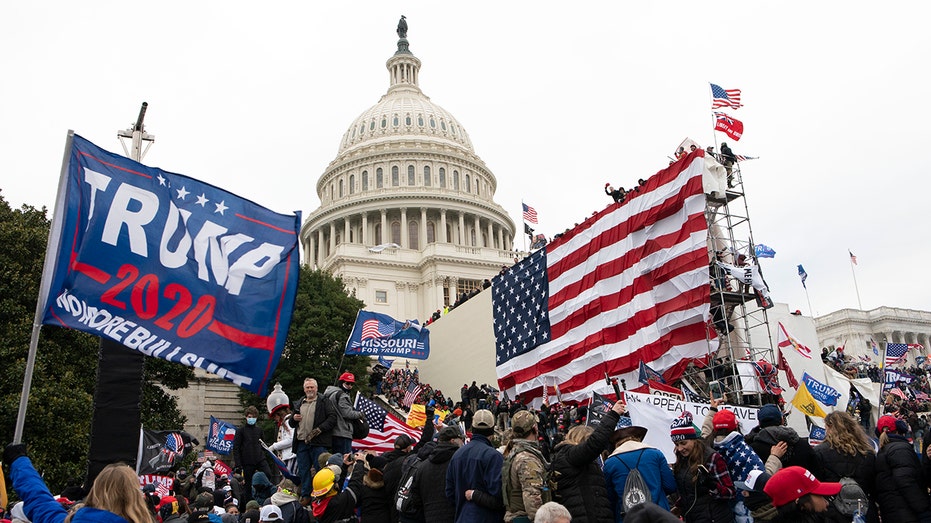 Timmons is one of many people, including a number of lawmakers, who have called on Pence to invoke the 25th Amendment.

"What happened at the U.S. Capitol yesterday was an insurrection against the United States, incited by the president. This president should not hold office one day longer," Schumer said in a Thursday statement. "The quickest and most effective way – it can be done today – to remove this president from office would be for the Vice President to immediately invoke the 25th Amendment."