Radio company Here, There & Everywhere (HT&E) will expand into regional markets after the broadcaster of the Kyle and Jackie O show acquired family-owned group Grant Broadcasters in a $307.5 million deal that will further consolidate the media industry.

HT&E chief executive Ciaran Davis has said he does not expect any synergies from the transaction, which will see the billboard and radio company that also broadcasts UK radio star Christian O’Connell take control of a further 46 stations.

Mr Davis said he had given no thought to any future transactions, such as a merger with Kerry Stokes-controlled Seven West Media. 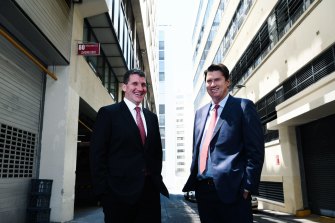 “This opens up a footprint for our content creation and for the growth of audiences, which is good for advertisers and…this helps us expand iHeartRadio into the regions. We believe there’s still growth to come in that market,” he said.

Shares in HT&E climbed to a nine-month high on Friday after the announcement. Grant Broadcasters, a family run business, owns regional radio stations in Victoria, NSW and Queensland. Its owners, Janet Cameron and her family, will receive 22.5 per cent of the $307.5 million deal in shares once the acquisition is complete. The remaining 77.5 per cent is payable in cash. Mr Davis said no changes would be made to breakfast programming or the station names as part of the deal.

“One of the great things about regional radio is it’s live and local content,” he Davis said. “Down the road there’s some syndicated content from other networks on Grant Broadcasters, and we will obviously look to replace that.

“But it’s really important we have an unwavering commitment to live and local content in regional markets because that’s where you generate an audience.”

The deal follows the settlement of a lengthy dispute with the Australian Tax Office and the divestment of HT&E’s stake in billboard company oOh! Media. HT&E will sell its Brisbane station 4KQ to avoid a breach of Australian Communication and Media Authority regulations. 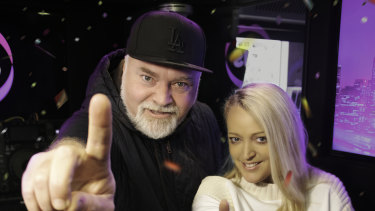 HT&E chairman Hamish McLennan said the resolution of the tax dispute and a $31 million gain from the sale of its oOh! Media stake had strengthened the company’s balance sheet.

“Our disciplined approach to capital management and creation of shareholder value is further demonstrated by the accretive nature of this transaction that is being funded through existing cash reserves, financing facilities and the issuance of new shares to Grant Broadcasters,” Mr McLennan said.

Mr Davis said the deal was not made for cost synergies, but rather the revenue gain from combining regional and metropolitan radio.

However, Mr Davis was tight-lipped on any further merger and acquisition plans. HT&E is the second business to buy a regional media company in less than two weeks. Kerry Stokes-controlled Seven West Media last week announced it had bought its regional affiliate partner, Prime Media Group, for $132 million. Both HT&E and Seven now have national advertising footprints, fuelling speculation among industry executives of an eventual merger between the two companies.

“I’m not even thinking about at the moment,” Mr Davis said. “We’ve been working hard to make sure that this transaction got across the line, that it delivers value for shareholders, and now we’re focused on completing it and making sure we deliver.”

HT&E had $122.4 million in net cash at its half-year results in August, which it put aside for the ATO matter. It had no debt drawn from its $251 million facility. HT&E revealed to the ASX on Thursday that it received more than $10.7 million in funds from the federal government’s JobKeeper package last year. Mr Davis told this masthead there were no plans to repay the money, and it had not been discussed with the board.