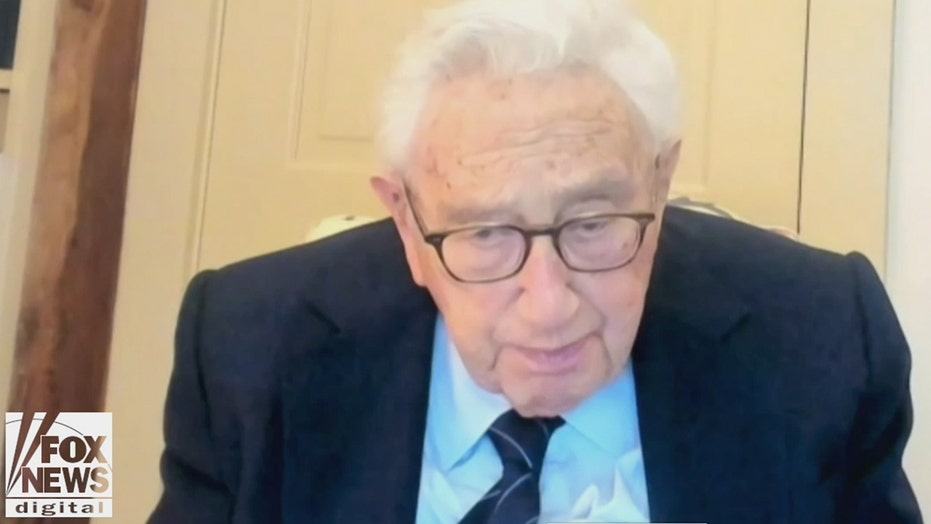 Dr. Henry Kissinger warns that the U.S. should continue the tough Trump policy on Iran.

Dr. Henry Kissinger, the former secretary of state for both Presidents Richard Nixon and Gerald Ford, likened President Donald Trump’s Middle East diplomatic achievements to Nixon’s opening of China in 1972. He also warned that the U.S. should continue the tough Trump policy on Iran.

“I think that one of the great successes of the previous administration was that they had lined up, that they had achieved, two things in the Middle East. One, to separate the Palestinian problem from all of the other problems so that it did not become a veto over everything else – and secondly, of lining up the Sunni states in actual or potential combination against the Shiite states, which is Iran,” he said.

Kissinger, speaking at the kickoff of a series of foreign affairs talks – the Nixon Seminars – sponsored by the Nixon Foundation, called the Trump administration’s Abraham Accords a breakthrough in Arab-Israeli relations. The accords established diplomatic ties between several Gulf states and Israel, as well as Morocco and Sudan, opening up economic, social and cultural ties between the Arab world and the Jewish state. The  connections also strengthen the Gulf states’ and Israel’s defenses against Iran.

HENRY KISSINGER ASSESSES TRUMP’S ‘DEAL OF THE CENTURY’ FOR MIDEAST

“This was a president that came at foreign policy problems in a unique way,” he said of Trump. “I wanted to make sure the senior people, at least I brought around to the team, understood the environment which we were going to be working in and how we were going to effectively deliver operationally President Trump’s foreign policy. So, I wanted to make sure – while we know Washington is occupied by a lot of folks and a lot of big egos – there were people who were prepared to make sure they were working as part of the team that President Trump wanted to deliver on foreign policy he had put forward to the American people.”

Kissinger said the progress cemented by Trump with Israel and the Gulf states should not be diluted by the U.S. reaching out with premature talks with Iran. He indirectly warned the Biden administration about that possibility and said the U.S. should not offer concessions to Tehran.

“We should not give up the pressures that exist on Iran until we know where they are heading,” he admonished. “If we break out the Iran issue from the overall Middle Eastern issue, we run the risk of losing the two achievements, namely of separating the Palestinian issue, which removes it as a veto over everything else, and the Sunni cooperation with Israel, which is unique in its openness.”

“Remember, you have to make peace with American diplomacy,” he cautioned. “This was our guideline then.”

He also advised American administrations to never betray an ally.

“When we talk about Nixon, we had developed a principle, an absolutely key principle was that we would never sell out to people who had in reliance on America committed themselves to defend their freedom. We will not sell them out in the final moment.”

He also said Nixon’s legacy is his lasting effect in the arena of foreign affairs.

“In time it will be fully understood, the degree to which he introduced a principle of geopolitical foreign policy into the operations of our government. And that will be his great contribution, in addition to what he did for the various specific issues which he dealt.”

The Nixon Seminars will be held on the first Tuesday of every month, and are available at: Nixonseminar.com, as part of the Richard M. Nixon Foundation Library and Museum in Yorba Linda, California, at Nixonfoundation.org.

Ben Evansky contributed to this report