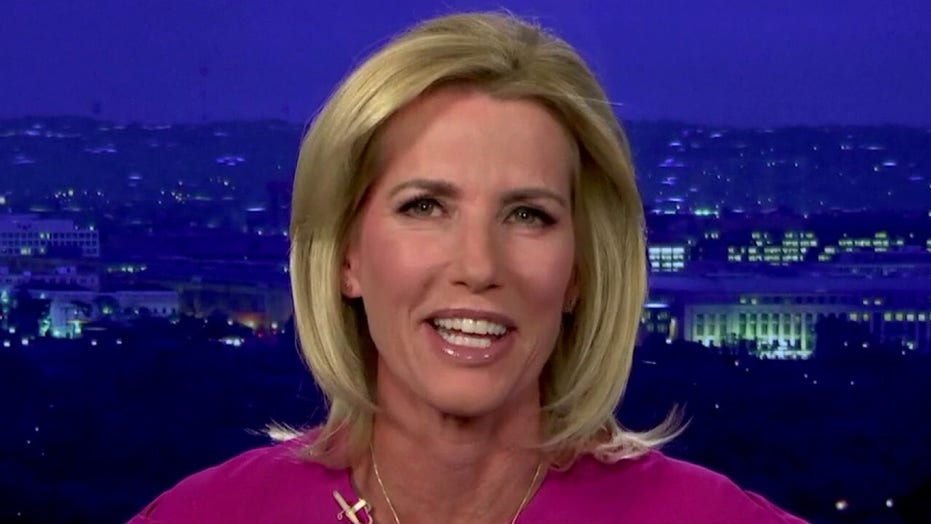 Democratic Party leaders who attacked Judge Amy Coney Barrett over her Catholic faith have shown how the party is attempting to "excommunicate people of faith" from its ranks, Laura Ingraham argued Tuesday.

"We saw it coming for years, but with a possible Supreme Court nomination of Amy Coney Barrett, the anti-Christian and anti-Catholic bigotry within the Democratic Party is now undeniable," said "The Ingraham Angle" host.

In a grimly ironic twist, Ingraham pointed out, the party's de facto leader — presidential nominee and Roman Catholic Joe Biden — "is now presiding over a party that has an ugly vendetta against all people of strong traditional faith."

In a memorable moment from Barrett's appeals court confirmation hearing in 2017, Sen. Dianne Feinstein, D-Calif., told the prospective judge that "when you read your speeches, the conclusion one draws is that the dogma lives loudly within you.

“And that’s of concern," Feinstein added, "when you come to big issues that large numbers of people have thought for, for years in this country.”

At the same hearing, Sen. Mazie Hirono, D-Hawaii, stated that an article written by Barrett was "very plain in your perspective about the role of religion for judges — in particular with regard to Catholic judges," while Dick Durbin, D-Ill., asked Barrett if she was "an Orthodox Catholic."

"Do they even know the history of their own party?" asked Ingraham, who recalled that just 60 years ago, Democrat John F. Kennedy was elected president — becoming the first and, to date, only Roman Catholic to hold that office.

"I fully expect the upcoming confirmation hearing will showcase Democrats' supreme desire to excommunicate the faithful from serving in any prominent capacity in government," Ingraham concluded. "Their actions will once again demonstrate how fundamentally they misconstrue the Constitution, their proper advise and consent role and the function of nine justices who sit on the court itself."