Home » World News » How YouTube is letting down Google

This question will sound ridiculous, but it isn’t: Is YouTube a success?

Please hold your boos. It’s hard to imagine the internet without YouTube. Buying the video site in its relative infancy was one of the smartest things Google ever did. But after nearly 15 years of being part of Google, the most successful money machine in internet history, it’s still not clear that YouTube has fulfilled its financial potential both for itself and everyone involved in its vast digital economy. 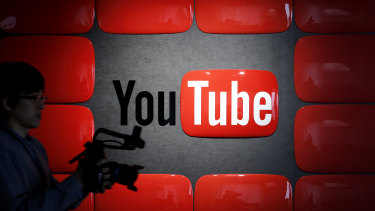 YouTube’s underwhelming economic performance is bad news for the company and its masses of video creators.Credit:Bloomberg

Two data points: The money that YouTube keeps from selling advertisements — its main source of income — was about $US11.2 billion ($15.1 billion) in the past year, not much more than the ad revenue of ViacomCBS, a mid-tier American TV company that owns the CBS television network. Twitter, which is not so hot at money, pulls in roughly double the ad sales on average from each of its users compared with YouTube.

No one should feel bad about YouTube. Yeah, it’s fine. But it says something about the vitality of the internet that YouTube is probably the most vibrant economy online and it’s still hard to call it an unqualified financial winner. And if YouTube isn’t winning, its masses of video creators also won’t be.

The internet’s big promise was to give anyone a shot at making a living from doing what they love, but YouTube shows just how elusive that dream turned out to be. If YouTube isn’t quite living up to high hopes, that means the internet isn’t, either.p580av

Let me dig a little deeper into how odd YouTube is in one important respect: It pays some of the people and companies that stock its virtual shelves with products.

At Facebook, Instagram, TikTok, Snapchat and Twitter, we make their products for free — with some exceptions — in the form of our silly memes, photos from engagement parties and beauty tutorials that we post. For video-makers that meet YouTube’s standards, the site typically hands over to those people and organisations about 55 per cent of the money from ads that appear in or around their videos.

Because of YouTube’s revenue sharing and other ways for content creators to make money from videos, it most likely has delivered more income to people online than any internet site ever. (This is impossible to prove. People do make money in less-direct ways from building an audience on places such as Instagram and TikTok, but YouTube remains a go-to spot for people to earn an income online.)

Maybe YouTube, particularly after revelations several years ago that companies’ advertisements were appearing in videos that promoted anti-Semitism and other horrific views, has been less aggressive than companies such as Facebook and Twitter about shoving commercial messages everywhere. This is a good thing, even if those are missed opportunities for YouTube and video-makers to earn more money.

The end result is that YouTube makes a lot of money for itself and video-makers, and its revenue is growing very quickly, but the numbers remain kind of meh relative to its size and influence.

It says something about the vitality of the internet that YouTube is probably the most vibrant economy online and it’s still hard to call it an unqualified financial winner. And if YouTube isn’t winning, its masses of video creators also won’t be.

The fact that I even mentioned YouTube in the same paragraph as the middling TV company ViacomCBS and Twitter … well, that says something about how YouTube has underwhelmed for some time. YouTube’s cut of ad revenue is also less than half the size of Netflix’s yearly revenue. (Those figures don’t count YouTube’s income from other sources, including subscriptions, which the company does not regularly disclose.)

If YouTube has so far fallen short of its financial potential, what does that say about the rest of the digital world? If you read the work of people such as my New York Times colleague Taylor Lorenz, who chronicles the internet’s labour force, it’s easy to see that there may be a mismatch between the promise of the internet economy and the reality.

Some people do earn a good living from their creations on YouTube or other apps, but many others are constantly hustling for peanuts and burning out.

It’s hard to stand out in the sea of people making dance videos on TikTok, livestreaming video games on Twitch or hosting YouTube talk shows, and it has always been that way for creative professions. Except digital optimists wanted to believe that the internet would make it easier and more democratic for anyone to find their fans and their calling.

That’s why YouTube’s finances matter to the rest of us. If YouTube isn’t quite working out, then the promise of the internet isn’t, either.