During a television interview nearly three weeks before Australia dumped its submarine contract with France and formed a new alliance with the UK and US, Jane Halton was asked a prescient question by Sky News host Chris Smith: “Is it too late to change the contract and turn diesel into nuclear?”

Halton, a board director at the French company at the heart of the controversy, laughed and responded in her usual, concise tone: “We’re not being asked to do that at the moment. Look, at the end of the day, you’re always happy to have a discussion with somebody if that’s what they’re interested in. We’re focused very much on delivering on the contract.” 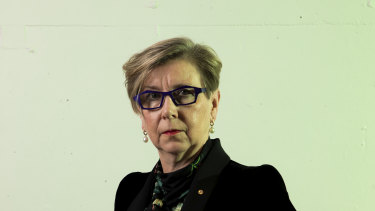 The beginnings of a new Cold War is just the latest major controversy public servant turned corporate leader Jane Halton has found herself at the centre of. Credit:Dominic Lorrimer

The veteran public servant turned company director has once again found herself in the middle of a major political scandal.

When Halton joined the board of France’s Naval Group in July, she did not expect to oversee negotiations to exit Australia’s $90 billion submarine contract with the company, after an abrupt policy change that reflects what many are describing as a new Cold War between the United States and China.

Halton won’t cast judgment on the government’s handling of the submarine deal, claiming it’s not her place to “offer gratuitous advice”, but she can give an insight into the French arms manufacturer’s reasoning as it works to untangle the major contract.

“They’re disappointed. And that’s, I think, completely understandable. But they’re being completely professional.”

Halton is no stranger to controversy. She describes herself as someone who “has a habit of running towards the fire” and is motivated by a challenge, hard work and learning new things. She exercises every day and says: “I’ve always had a huge amount of energy, I will freely confess that.”

But even for Halton, it’s been a busy past 18 months. She has amassed a growing number of corporate board seats, including ANZ Bank, law firm Clayton Utz and casino giant Crown Resorts – of which she is now interim chair after sticking with the company through bombshell allegations of money laundering and corruption.

Halton’s work with the National COVID-19 Commission and leading the hotel quarantine inquiry has also turned her into a household name, making regular appearances on television and radio to articulate clear views on complex public health messages.

Halton maintains she never intended to become a public servant. She moved to Canberra at age 13 when her father brought the family to Australia from the UK via Canada to lead the department of transport under the Whitlam government.

She initially started an academic career after studying psychology at the Australian National University but quit after realising it “wasn’t for her” and joined the public service as a back-up, something to do until she plotted her next move.

The 61-year-old says there was no one experience that kept her in Canberra, but rather an interest in policy and capacity to create change that saw her excel to become the youngest person, let alone woman, to lead a government department when she became the head of health at 42 years old. 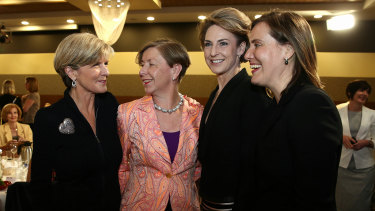 While in Canberra, she worked for the Howard, Rudd, Gillard, Abbott and Turnbull governments and worked hard to maintain good relations with ministers of the day. She says she learnt something from each prime minister but has never cast judgment on which government she most admired.

“It’s a bit like not having a favourite child. If you pick a prime minister and a particular lesson, you’re saying the others aren’t as important,” she says.

Those who have worked alongside her say she’s in the minority of public servants – a clear communicator with a laser focus on getting the job done.

Halton is widely regarded as “tough” and once infamously told a group of bureaucrats to “grow some balls”. While her brutal honesty and forceful nature have been qualities of her success, former colleagues say she did “ruffle some feathers”.

“She was assertive about things, she expected things to be done her way,” says one source who worked alongside Halton in the Gillard government. “But that was part and parcel of getting on with things.”

As Halton shuffled through departments, many of her staff followed. “It couldn’t have been that difficult, could it?” she says.

Halton has learnt to trust the knot in her stomach.

She ignored it once in 2001 while serving as deputy secretary of the department of prime minister and cabinet, which put her at the centre of one of the country’s largest political scandals.

During a phone conversation with a senior defence official, Halton was told refugees had thrown their children into rough seas from vessels entering Australian waters. She relayed the information to a meeting, and the next day it was front page news.

The claim turned out to be false and would trigger an emotional and divisive political debate that prime minister of the day John Howard used to set the course for Australia’s tough immigration policy.

While bureaucrats normally stay out of the public eye, Halton became the villain who would give evidence in the Child Overboard Inquiry. As journalists camped outside her home, Halton pushed through. While she says accountability is an important part of a democracy, she had become somewhat of a scapegoat, she says. “I do think there was more than a bit of gender in that, to be honest.”

More recently, she felt the knot in her stomach when signing the full-page ad for Crown Resorts titled ‘setting the record straight’ that sought to discredit an explosive investigation by The Age, Sydney Morning Herald and 60 Minutes which revealed Crown’s licensed junket operators had links to organised crime, drug and sex trafficking and money laundering.

The ad was later found to have misled the ASX, with many claims being false. Halton says she felt pressured to sign by another board member, who has now been removed, and told an inquiry that she would have done things differently if she had her time again.

“If your stomach goes awww,” she says. “Pay attention.”

During the pandemic, more than one media outlet has accused Halton of having a conflict of interest. How could she inform government policy on lockdowns, while directing companies that profit from reopening?

Crown, for example, reported a $261 million full-year loss in August after lockdowns decimated its business. ANZ, similarly, put aside $1.1 billion for bad loans at the peak of pandemic last year fearing lockdown-related job losses would wreak havoc on its mortgage books. But Halton insists “there is no conflict at all”. 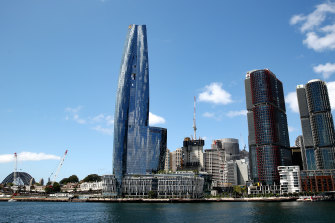 A NSW royal commission found in February that Crown was unfit to operate Sydney’s Barangaroo casino.Credit:Bloomberg

“And there shouldn’t be a perception of conflict,” she says. “What’s good pandemic management is good for business.

“I have not varied or amended, or even slightly skewed any advice I have given on the pandemic. It’s driven purely out of my health experience and public health knowledge.

“None of us have wanted us to open up and see the kind of things we’ve seen in New York, in the north of Italy.”

Her government contacts have not asked her to pull strings while negotiating the Naval contract, she says, and similarly her corporate colleagues have not asked for favours with pandemic management. If they did, Halton says she would deploy the sharp slap down she has become known for.

But now, Halton has tied her reputation to Crown, becoming interim chair in August – a company that has been exposed to have a rotten corporate culture that not only turns a blind eye to organised crime but welcomes it.

“I don’t gamble,” she says. “So I debated whether or not this was something to do.

“But because I do have an interest in harm minimisation and public health more broadly, I did think the business was an iconic brand and there was an opportunity to contribute, there was something I could do to help.

“Now I didn’t realise the scale of that, obviously. But it was a good counterpoint. And again, I like to learn about new things. It ticked a number of those boxes.”

After the Bergin inquiry found Crown was unfit to hold the licence for its new $2.2 billion casino on Sydney Harbour, Halton considered making swift exit.

“At that point, I could have left with my integrity intact,” she says. “I didn’t think it was the right thing to do.

“I actually thought, there are nearly 20,000 people who work in this business, the properties are amazing. They are the cornerstone of at least two communities.

‘At that point, I could have left with my integrity intact . . . I didn’t think it was the right thing to do.’

Now, Crown’s board has been restructured and the new leadership is focused on earning back the trust of regulators and governments. Halton says the task ahead is immense, but her stomach is not turning. “I don’t have any instinct issues,” she says. “But there’s a lot of work to do.”