Graham, Cuellar suggest new Biden border czar amid surge under Harris' watch: 'Something has to change'

The problems include, he said, safety concerns in neighborhoods and in schools which will sometimes lead to school lockdowns, parks filled with migrants, overcrowded hospitals, and more. 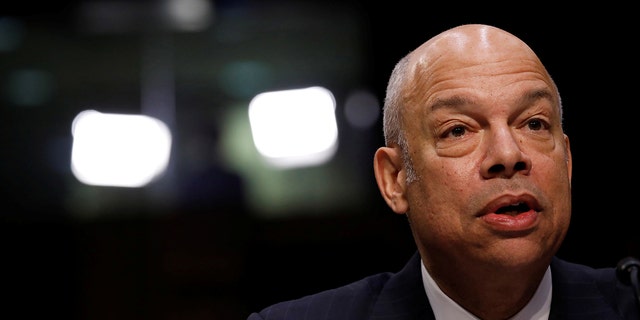 “They don’t need pats on the back they need help down there on the border,” Cuellar said. “Something has to change when it comes to border immigration issues.”

Graham then announced that he and Cuellar are sending a letter to the president asking him to appoint Jeh Johnson, who worked for the Obama administration from 2009 through 2017, as essentially a border czar. Currently, Vice President Harris is tasked by the president with handling immigration issues.

“Henry and I have come to conclude it’s now time for a new set of eyes on this problem. That the people in charge have had six months and it’s getting worse,” Graham said.

“Jeh Johnson served with President Obama” and “dealt with these issues,” Graham continued. “We’re urging President Biden to create a special position to bring order to chaos. Put somebody in charge whose focus is just on the border and all the problems associated with it that will have credibility in the eyes of Congress.”

Graham added: “I can promise you that most Republicans respect Jeh Johnson.”

Johnson declined to comment on Cuellar and Graham calling on the president to appoint him to handle the border situation.

The White House told Fox News that it has no forthcoming personnel announcements and defended its handling of the border as organized, despite Cuellar’s comments.

The White House also emphasized that Title 42 – a policy to expel many migrants at the border due to the pandemic – remains in place and that the administration announced this week it “is working to improve the expedited removal process at the border to fairly and efficiently determine which individuals have legitimate claims for asylum and other forms of protection.”

Cuellar went out of his way to emphasize that he is “not criticizing anybody that deals with the border But we do need to bring in a new set of eyes. You know, businesses do this all the time.”

But he then offered a very specific criticism of the approach that’s been taken under Vice President Harris.

“I’ve asked the administration very respectfully: What is the endgame? What is the endgame on this? And I don’t know if they know the answer or maybe they don’t want to share it with me,” Cuellar said. “If you just focus on the push factors down there. … We’ve added billions of dollars to Central America but we still have people coming in. Push factors, but the pull factors.”