Home » World News » Goldberg to Trump: "We're not going to be intimidated'

Goldberg to Trump: "We're not going to be intimidated'

New York (CNN Business)President Trump wrote The Atlantic off as a “dying” magazine last week after it published an explosive story about him allegedly disparaging Americans who died in war.

But not only is the 163-year-old magazine far from extinction, it is experiencing a rapid and unexpected growth in subscriptions. Since introducing a paywall a year ago, The Atlantic has added 325,000 paid subscribers. More than 20,000 of those new subscribers signed up just over the past weekend after The Atlantic published Editor-in-Chief Jeffrey Goldberg’s now viral article, “Trump: Americans Who Died in War Are ‘Losers’ and ‘Suckers.'”
The goal was to add approximately 110,000 in the first two years of the paywall, according Atlantic Media President Michael Finnegan, so that subscriber growth is nearly three times what the company expected. When accounting for legacy print subscribers, The Atlantic is now more than halfway to its goal of 1 million subscribers by December 2022. (The Atlantic shared that goal in May when it laid off 17% of its employees, which amounted to 68 staffers.) 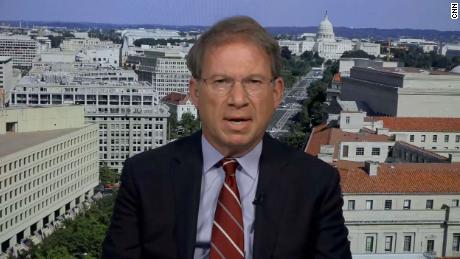 Founders of what was then known as “The Atlantic Monthly” published the first issue in November 1857 with a goal of creating a magazine that included commentary on urgent issues such as the abolition of slavery. The mission statement in that first issue was signed by a number of famous literary figures, including including Ralph Waldo Emerson, Herman Melville, Harriet Beecher Stowe and Nathaniel Hawthorne. The Atlantic has continued with that tradition by publishing the work of those covering today’s most pressing topics such as Jemele Hill on Black athletes and Ed Yong on the pandemic. Over the past few years, like its peers in the media industry, the company has gone through a digital transformation to bolster its future.
The Atlantic’s paywall launched last year on September 5, following a trend in media companies looking for more revenue directly from their readers rather than relying on advertising, especially as digital ads become a less reliable revenue source amid the rise of Facebook and Google. The Atlantic’s paywall arrived a bit later than competitors’, but the company managed to exceed its own expectations. Goldberg attributed that success to a commitment to quality in journalism.

“We’re constantly trying to punch above our weight,” Goldberg told CNN Business in an interview this week. “We have an advantage in that nobody comes to us looking for sports, traffic, or weather. Our readers aren’t expecting anything other than excellent stories about important subjects.”
Finnegan told CNN Business that The Atlantic planned to introduce its paywall years earlier but delayed it after Laurene Powell Jobs’ Emerson Collective bought a majority stake and advised the company to invest in editorial, product and engineering before launching one. 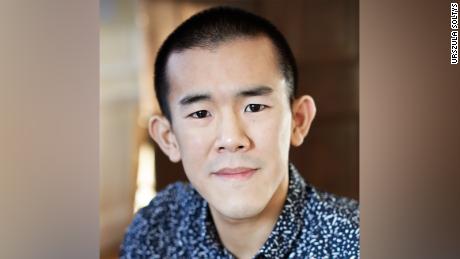 “We knew that the investment that we put in was going to pay off, but we had no idea that it was going to pay off in this manner and at this scale,” Finnegan said. “It was helped a little bit by the news cycles, but also by the fact that we were well positioned to take advantage of it.”
Nieman Lab reported that The Atlantic accumulated 36,000 new subscribers in March alone as its coverage of the pandemic became a “must read.” Finnegan said the coronavirus coverage helped with brand awareness, but articles on other topics also have converted readers to subscribers, such as The Atlantic’s political coverage and its less newsy content including Lori Gottlieb’s “Dear Therapist” column and Arthur Brooks’ “How to Build a Life” column.
Trump’s Twitter rant last Friday wasn’t the only time his tweets led to a subscription boost.
“The President made light of some restructuring that we did and sort of celebrated the loss of jobs, and I think there were a lot of people that took that as a rallying cry to support journalism,” Finnegan said.
The Atlantic announced in May that it was laying off 17% of its staff even as some of its coronavirus analysis and reporting was going viral and attracting subscribers. The editorial department had 22 layoffs, half due to the company closing its video department. Atlantic Media chairman David Bradley blamed the pandemic for decimating ad revenue and its in-person events business. 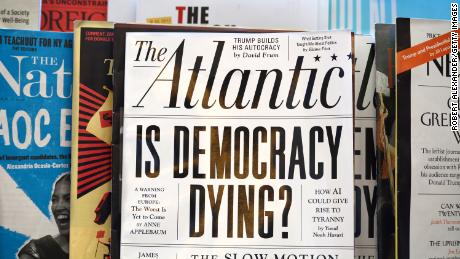 Finnegan said he predicted five months ago that The Atlantic would miss its events revenue by 95%. But given the success of virtual events, the company will reduce that to 70%. The company doesn’t expect to hit its ad revenue goal, but it may be in “spitting distance,” Finnegan said.
The Atlantic does plan to invest more in its editorial team. But to Goldberg, success isn’t necessarily about having the biggest staff.
“I don’t need all the coronavirus writers in the world; I just need the best ones,” he said. “At the end of the day, there’s only one reason for somebody to subscribe to a magazine or a website: It’s the quality of the stories.”

Goldberg, who joined The Atlantic in 2007 and became editor-in-chief in 2016, said that his editorial strategy has been to “close the ambition gap” between what makes a magazine story versus a digital-only story.
“We want to take the values of the 163-year-old magazine, which is long, carefully written, closely edited, deeply reported stories, and translate them onto the web platform and to podcasts and to other things,” Goldberg said. “We want to take that DNA and make sure that it’s spread across everything we do.”
Source: Read Full Article