Georgia Governor Brian Kemp explains why he was ‘laughing’ during Biden’s Tuesday speech. He also discusses the possible factors contributing to the supply chain backlog and his strategy as he runs for reelection.

Georgia Governor Brian Kemp pushed back after President Biden and Vice President Harris criticized the state’s new voting law. Kemp said the president is trying to appeal to his liberal base because it’s all he has left.

In his Tuesday speech, Biden characterized the bill as “voter suppression” and claimed the legislation makes it easier for local election officials to be removed from their positions. Harris called it an “anti-voter law” and claimed Georgia residents will be kept from voting.

Kemp, however, said he laughed during the president’s remarks.

“The president and the vice president have never taken time to read what’s actually in the bill,” Kemp said on “Fox & Friends” Wednesday.

“They just believe if they tell these lies and mistruths so much that people will believe them. And I’m going to continue to push back against that.”

Governor Kemp called out the hypocrisy in Biden’s speech, since the president criticized Georgia’s voting laws while his home state of Delaware has stricter laws.

“President Biden’s talking about us being a suppressive state for voting. His own state of Delaware, you got to have an excuse to vote absentee by mail,” he said.

“When we passed this legislation, they didn’t even have early voting in Delaware. We had 15 days. Now we can have up to 17.” 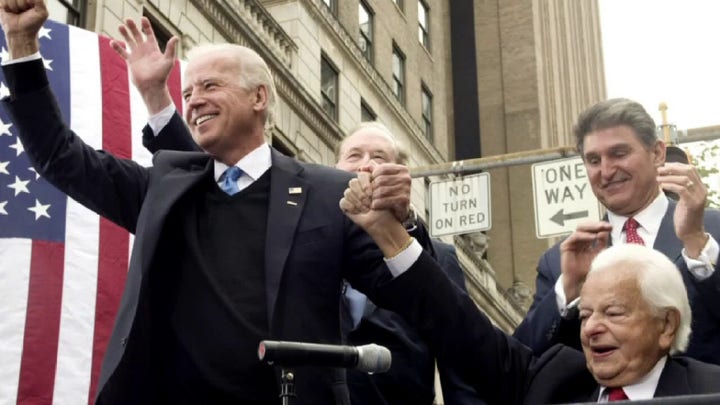 President Biden also doubled down on the claim that it is illegal to serve food and water to Georgia voters while they’re in line.

Kemp explained that the point of the legislation was to keep voting lines from being so long that voters need water or food.

He also clarified that a provision in the bill allows members of political parties to serve food to voters as long as they are further than 150 feet from the voting location.

Kemp, who is running for reelection, said he is focused on election integrity and touted the success of his state.

“But we’re also fighting back against Joe Biden,” he said.