Home » World News » From tinted windows to flood-proof floors: How move to net zero will shape homes of the 2030s

From tinted windows to flood-proof floors: How move to net zero will shape homes of the 2030s

MOVES to cut emissions to net zero to tackle the climate crisis will transform every part of life by the 2030s, including how we live in our homes.

Some of the changes will not be that obvious: Renewables such as offshore wind increasingly help power our homes, but we cannot tell that as we run our lights and appliances or charge gadgets. 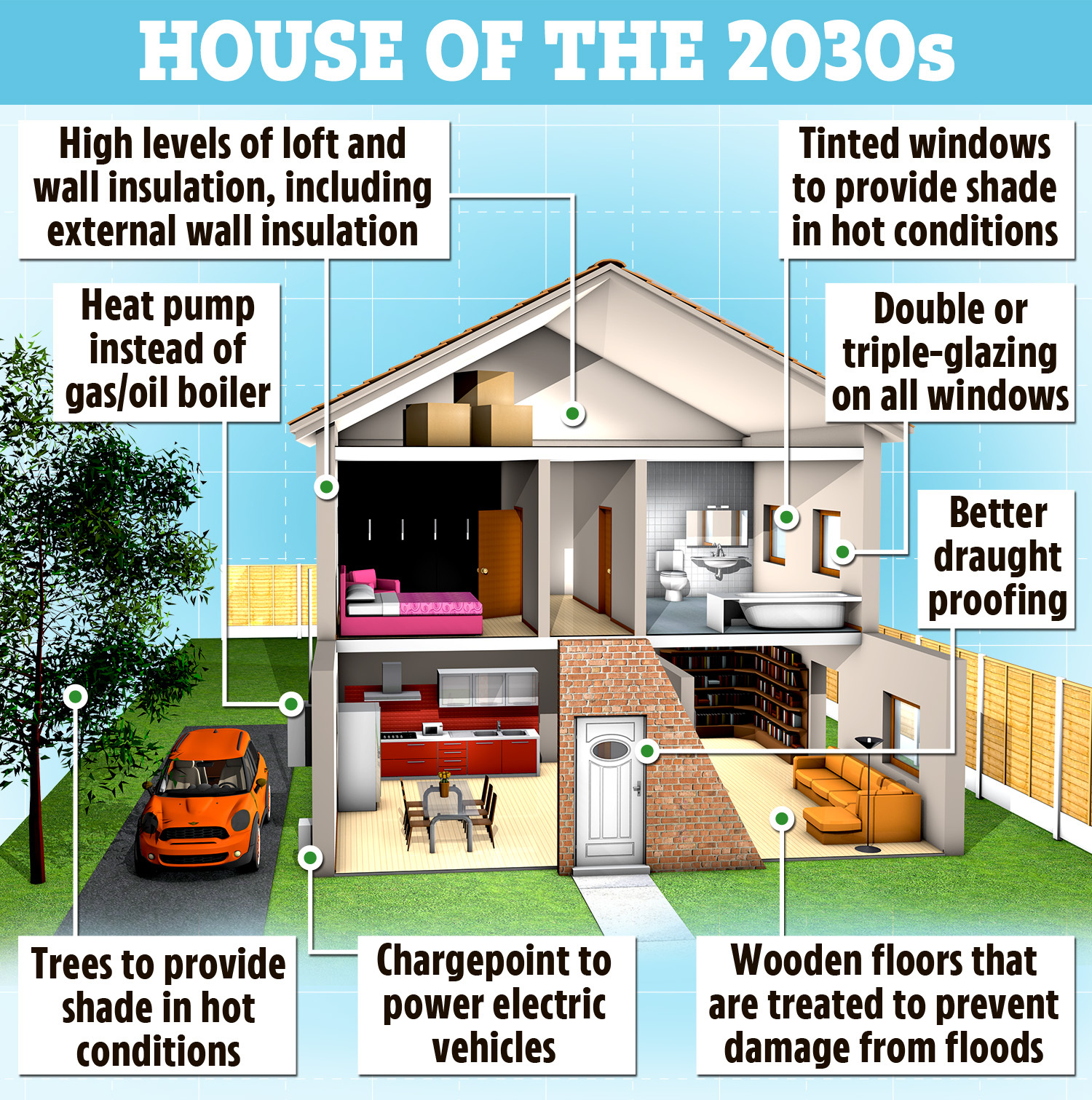 Appliances and lights will be highly energy efficient and could even be "smart" – for example the freezer could be linked up to the grid so it can be told to power down briefly to help meet a surge in demand during a World Cup match.

Homes will have smart meters which can encourage people to use electricity when supplies are high, or could even do so automatically, for example to charge up electric cars.

Households with driveways and cars are likely to have a charge point on the outside of their house to power up their electric vehicle.

But it is in heating, keeping homes warm, and even cooking where householders will most obviously feel the shift to a zero carbon world. 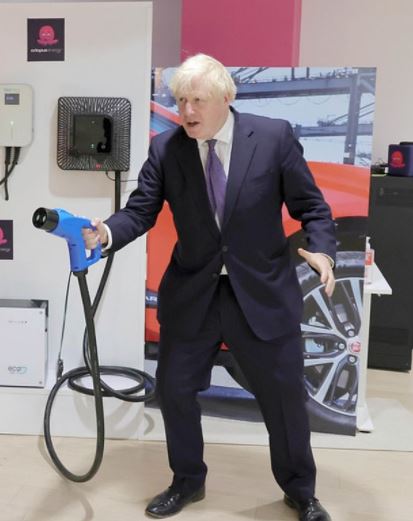 Tackling climate change spells an end to the carbon polluting gas boilers that heat the majority of UK homes, as well as oil boilers which some off-grid homes currently use.

They are most likely to be replaced by heat pumps or district heat networks which pipe hot water in underground pipes to bring heat to homes from a central source, such as an energy from waste plant or even former mines.

Heat pumps are installed in individual houses and are powered by electricity, working a bit like a fridge in reverse to generate heat from the outside air, or sometimes the ground, to provide heating and hot water in the home.

Air source heat pumps look like an air conditioning unit on the outside of buildings, and may need bigger radiators or underfloor heating to work best.

They work more efficiently in buildings that are energy efficient and well-insulated – so there is a need for homes, including old, Victorian draughty properties, to be transformed to make them cosier.

Here are the basic facts…

There is also potential to replace gas boilers with hydrogen, or even a hybrid of hydrogen boilers and heat pumps, but they will need efficient homes too to reduce the demand for hydrogen which has to be manufactured.

So whatever type of house people live in and however it is heated, by the 2030s it will have to be much cosier than many are today, with double or triple glazing, draught proofing and high levels of loft and wall insulation.

This could include external wall insulation on the outside of properties, potentially changing the look of homes.

Just as we have to phase out gas for heating, we will also have to stop using it to cook, with gas hobs replaced by induction hobs.

And with climate change already having an impact on life in the UK, with more intense heatwaves and an increased risk of flooding, by the 2030s homes may increasingly be fitted with measures to protect against these risks.

They could range from tinted windows and trees planted outside to provide shade in hot conditions to removable air brick covers and treated wooden floors to prevent flooding and damage from flood water in at-risk areas.

In other news, Facebook teased what the future of working from home could look like in a sci-fi video released earlier this year.

People will live in self-cleaning homes and work in underground skyscrapers by 2069, according to one group of experts.

And, hilarious predictions about the "home of the future" made during a 1989 BBC special have surfaced online.

How do you think our homes will change by the 2030s? Let us know in the comments!