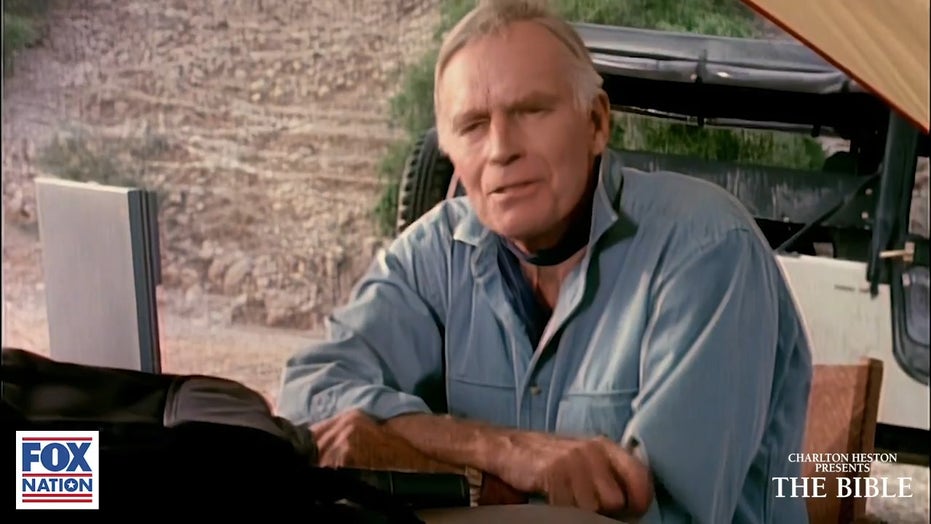 The series details the story of Jesus of Nazareth, closely examining his ministry and message. Heston paints a picture of youthful promise and intense preparation, focussing on strength, compassion, faith and prophecy in a biblical story that helped shape history.

“I’m an actor. I tell stories. I chose these because they’re the best stories on Earth,” Heston says.

In the first of Heston’s acclaimed four-part series, the renowned actor serves as a storyteller. An ancient Roman amphitheater and other locales in Israel provide the settings for the Oscar winner as he relies on the King James text, his dramatic skill and insightful observations with the help of detailed visuals and music to give flesh and bone to the Biblical wonder.

Discussing the series that debuted in 1992, Heston said, “I’ve never done anything that excited me more, and I hope you, too, will share this experience with me.”

To watch the four-part series and for more faith-based content offered exclusively on the platform, visit Fox Nation and join today.

Fox Nation programs are viewable on-demand and from your mobile device app, but only for Fox Nation subscribers. Go to Fox Nation to start a free trial and watch the extensive library from Tomi Lahren, Pete Hegseth, Abby Hornacek, Laura Ingraham, Ainsley Earhardt, Greg Gutfeld, and many more of your favorite Fox News personalities.