Home » World News » Elon Musk and Apple quickly made up. We should be worried

Elon Musk and Apple quickly made up. We should be worried

No sooner had a row erupted between the two most powerful technology moguls on the planet last week – Elon Musk and Apple’s Tim Cook – then peace immediately broke out. Suspicious? You should be, for Musk had exposed a sore that neither really wants opened up: is the world that we see through Spotify and Amazon, and Apple and Google’s shopfronts the very best it could be? Or do we only see what they allow us to see?

Musk, the new owner of Twitter, was specifically expressing fears that the distribution of Twitter’s app could be inhibited by Apple. It was a good issue to raise. An Apple ban would be a huge blow to the social network, if not a mortal one. Twitter addicts would need to downgrade to the web version, which is nowhere near as slick or convenient, or they would have to trade in their iPhones for an Android phone. 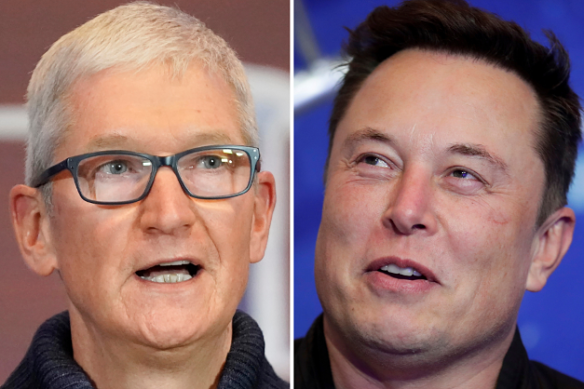 Tim Cook and Elon Musk have quickly put their differences aside. Credit:AP

So what, you ask? Well, consider this. If Tesco decides to stop selling Marmite – a move analogous to Apple blocking the distribution of Twitter’s app – then I have six supermarkets within a mile of my home who do sell Marmite, and I simply drive to another. I don’t incur what economists call a switching cost. Six years ago, Tesco did just this, objecting to Unilever’s profit margins by pulling Marmite and other products from their shelves. The supplier caved.

In the deeply integrated world created by the modern technology giants, however, the switching costs can be great. It may mean shifting your personal photo library or music collection to another platform via a tedious and time-consuming exercise, fraught with the fear of losing precious stuff. These “ecosystems” extend deep into our lives, from doorbell cams to tracking tags. We’ve put our digital lives into the hands of a tiny group of companies and discovered that we’re locked into one of their sprawling digital ecosystems for life. To control a platform today gives one the power that a supermarket can only dream about.

The UK’s Competition Markets Authority noted last week that only 4 per cent of music-streaming subscribers switched, and they were at the promiscuous, low-value end of the market. Typically, these punters were sampling a free trial and deciding not to continue it. This was fine so long as the market continued to grow, the CMA concluded, but it advised policymakers to keep an eye on lock-ins. The level of switching between Android and Apple is difficult to estimate, but it’s clear very few people do. Amazon’s Prime subscription service, with its free delivery, was a stroke of genius that powerfully disincentivises shopping around.

What makes this such a live issue across so many services is something that nobody foresaw two decades ago. When you browse around a physical store such as a supermarket, many hundreds of goods are visible at any one time, while thousands more are a few steps away. But on a smartphone screen we see perhaps three or four. On a web page it’s scarcely any more, perhaps eight or 10 products or categories at most. This gives the platforms a unique opportunity. They can leverage their existing distribution power into curation and promotion. These should be distinct markets with their own incentives, but instead the platforms play ever more crude tricks with us, and their manipulations are becoming more obvious.

“We have a market failure in curation currently, and in music there is a very strong case now for separating distribution and curation,” says Paul Sanders of digital music company state51, one of the largest suppliers to the music platforms. He points out that there’s no incentive to build on top of a platform like Apple, Amazon or Spotify when they can pull the rug away at any moment. “There’s too much risk”.

Apple and Amazon users may experience a similar sensation after using the respective search features. The quality of both has degraded significantly since both platforms ramped up their internal advertising businesses, obliging suppliers to bid for that precious visibility. From a profit-maximisation strategy that’s understandable, but one reader despairs: “App Store search has always been rubbish. Now they’ve added ads, it’s worse.”

Veteran competition lawyer Tim Cowen, of City law firm Preiskel, says drastic action may be required. “Google, Apple and Amazon basically obliterate the sky. As a supplier, they’re always between you and the customer”, he observes.

Proposed app store regulation has been clumsy, reflecting the micromanaging desires of bureaucrats. A true structural separation at dominant platforms may be preferable. We’ve done it with railway networks, energy networks and telecoms networks, he explains – so this shouldn’t be hard. 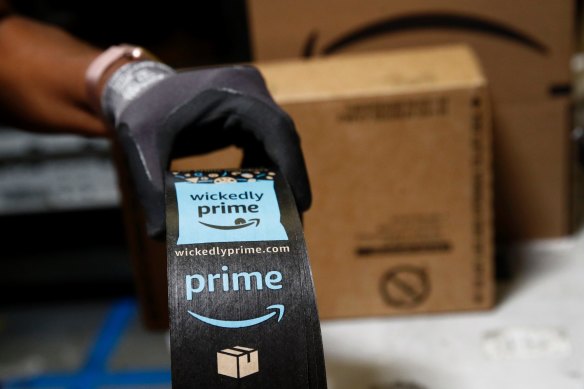 Amazon’s Prime subscription service, with its free delivery, was a stroke of genius that powerfully disincentivises shopping around.Credit:AP

And note the irony. Tesla is not an open platform either; good luck getting your innovative digital service into the entertainment system of Elon Musk’s cars. Musk, who knows his Adam Smith well and recommends The Wealth of Nations in his reading lists, will surely be familiar with one of the great economist’s most famous observations. “People of the same trade seldom meet together… but the conversation ends in a conspiracy against the public,” Smith wrote.

Little wonder then, after a brief walk together around an artificial lake at Apple’s Californian complex last week, the world’s richest man and the chief executive of the world’s richest company both decided to smooth things over rather quickly. And move swiftly on, with scarcely another word.