Dan Gainor: Tim Scott speech triggers radical reaction from liberal media mob. Did they even listen to it? 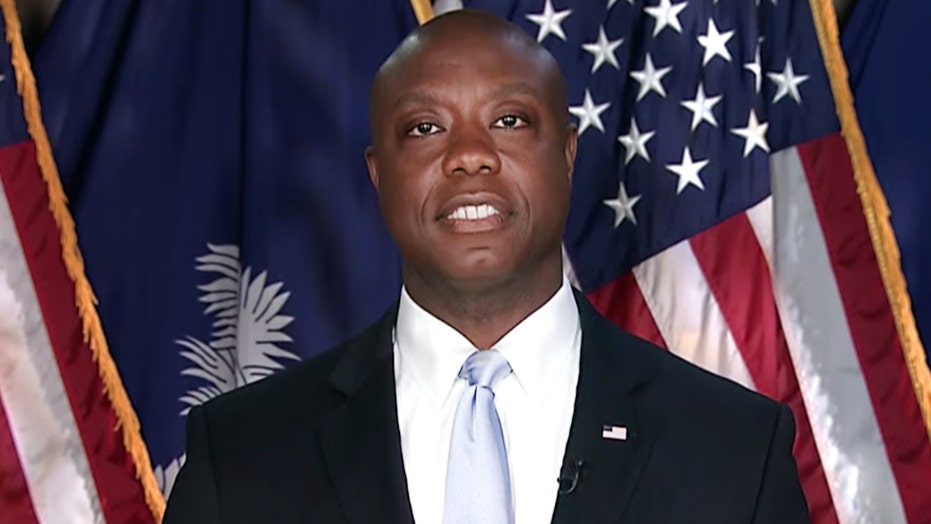 A racial slur about Tim Scott trending on Twitter and more round out today’s top media headlines.

The press loved President Joe Biden’s first 100 days speech as much as they despised the Republican response – handled with grace and charm by South Carolina Sen. Tim Scott. CNN implied the African American Scott was a token and Twitter trended the despicable hashtag “#UncleTim.”

Scott spoke about how Biden promised to unite the nation but had done the opposite. His speech subtly criticized Washington Post “fact-checker” Glenn Kessler for suggesting Scott’s “family’s poverty was actually privilege.” Scott ended with his faith and “a word from a worship song that helped me through this past year.”

The liberal mobbing of Scott was almost instantaneous and reminiscent of how Democrats used to treat African Americans who dared speak out.

NEWT GINGRICH: BIDEN’S FIRST 100 DAYS — AMONG THE MOST RADICAL IN ALL OF AMERICAN HISTORY

Leftist media types went after Scott with a vengeance. MSNBC host Joy Reid slammed him: “I am shocked and a bit embarrassed for him. This was a lost opportunity.” She called his response “Republican pablum.”

The press was especially angry that Scott explained how, “America isn’t a racist country.” That quote dominated headlines of the speech – USA Today, BBC, Politico and others. Not the narrative the left wanted. He talked about his own life experiences in an uplifting way – the trials, the pain and the faith that brought him through.

CNN’s Van Jones, who once declared the election of Donald Trump was caused by a “white-lash,” dismissed Scott’s lived experience. “He lost a lot of African Americans, by the tens of millions, when he said America is not a racist nation,” said Jones.

Comedian Scott Nevins accused Scott of “uncle Tom’ing it for his life” and saying “South Carolina should be so ashamed.”

He later apologized with the unbelievable claim it was a joke gone wrong: “Tonight I tried to do an ironic joke about Sen Tim Scott using the term ‘Uncle Tom’ in his rebuttal. While I was shocked by his lack of self-awareness, I should not have used that term myself, even in reference. That was not right. I apologize.”

However, independent journalist Yashar Ali blasted Nevins and reminded him he’s used the term “Uncle Tom” on other occasions. “Holy cow @ScottNevins what is wrong with you. You ‘apologized for the tweet above saying it was an attempt at a joke but this is your history???” He pointed out how Nevins had attacked former HUD secretary Ben Carson with the term three times and Cowboys quarterback Dak Prescott once.

What’s especially horrible is that Scott even spoke during his response about how that term had been used against him by the left. “I’ve also experienced a different kind of intolerance. I get called ‘Uncle Tom’ and the N-word by progressives, by liberals,” the senator said. “Just last week, a national newspaper suggested that my family’s poverty was actually privilege because a relative owned land generations before my time.”

CNN anchor Abby Phillip joined in the anti-Scott criticism, accusing him of being “extraordinarily partisan.”

CNN anchor Abby Phillip joined in the anti-Scott criticism, accusing him of being “extraordinarily partisan.” “So in some ways, the speech kind of read to me or sounded to me what any generic Republican would say in this particular moment, but Tim Scott, who’s trying to have a slightly different brand, it didn’t really seem to fit for him and that’s the part that was little bit disjointed for me with this speech.”

Fellow anchor Dana Bash tried hard to find the right words to hint at calling Scott a token, emphasizing how Scott is “the only black Republican in the United States Senate” and a “unique voice.” She went on to flat out accuse Scott of lying about the voting laws not being “worse than Jim Crow” claiming “it’s not necessarily true.” Then she and Phillip said in unison, “It’s not true.” 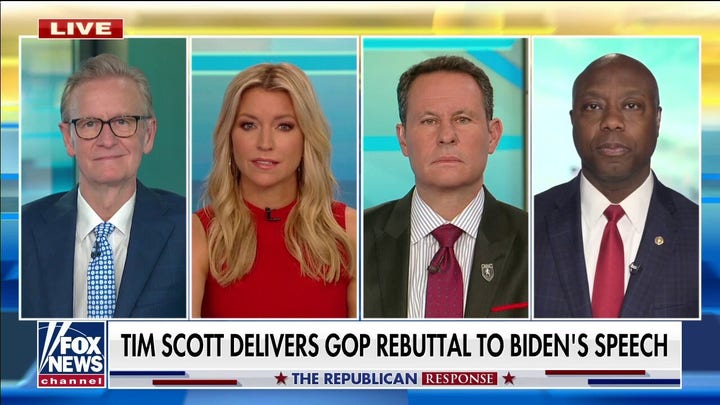 MSNBC host Mehdi Hasan wasn’t quite as bad. But still criticized the response. “Imagine: you’re the only black Republican senator and you use your precious platform, responding to the president, to defend the… Georgia voting law as fair and great! Thanks, Tim Scott,” he tweeted.

At least conservatives were thrilled by Scott’s speech. Newsletter editor Emily Miller summed it up nicely, “Sen. Tim Scott does the optimistic message that Biden could not.” She added, “Tim Scott won the night IMO….” She was right.