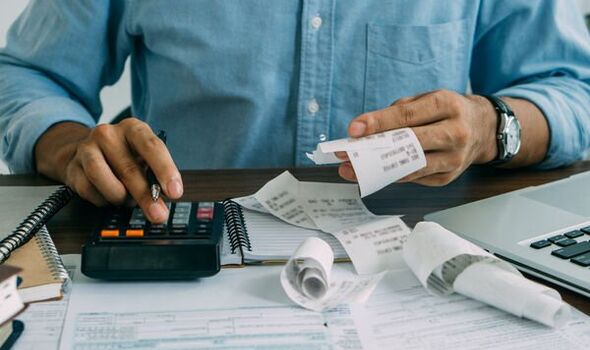 The Office for National Statistics is expected to say that CPI inflation hit 9.1 percent in April, driven largely by the 54 per cent hike in energy regulator Ofgem’s price cap.

The last time inflation was so high was February 1982, when it was running at 10.4 percent.

The day before, the ONS is likely to say that the rate of pay growth has stalled.

Economists believe it will say that average earnings grew 5.4 per cent in March, whereas the month before, pay growth accelerated from 4.8 percent to 5.4 percent.

Investec chief economist Philip Shaw said: “These figures will prove beyond any shadow of doubt there is a cost-of-living crisis.

The key driver here is the price cap, and combined with other pressures, you’re looking at 9.1 percent inflation, which is a 40-year high.”

“This probably won’t be the end of it because we’re likely to have another price cap increase in October. Average earnings growth demonstrates how tough households are finding things. Earnings are not keeping pace with prices.”

“Households are feeling the pinch from sky-high inflation. We think retail sales volumes fell for a third consecutive month in April, as consumer confidence sank and the squeeze on households’ real incomes from higher inflation intensified,” he said.

On Tuesday, the ONS will also release its latest figures for unemployment and benefits claims. The unemployment rate is expected to stay at 3.8 percent, while the number claiming benefits is forecast to fall by 38,800 to 1.67 million.

Martin Beck, chief economic adviser to the EY ITEM Club think tank, said: “This week it is more bad news with prices rising and wages not keeping pace. The only good thing is unemployment is not expected to change.”

Tomorrow, Bank of England Governor Andrew Bailey will go before MPs on the Treasury Select Committee to explain how and why inflation is running so far away from the central bank’s 2 percent target.