U.S. Capitol Police Officer Brian Sicknick, who died the day after he engaged with the Jan. 6 rioters, had two strokes and died of natural causes, a medical report released Monday found.

The report, which was first obtained by The Washington Post, may complicate prosecutors’ case against the two rioters accused of using chemical irritants to assault Sicknick, 42, who collapsed after returning to his office that day and died about eight hours later. While the two men have been charged with assaulting the officer, they have not been charged in his death. 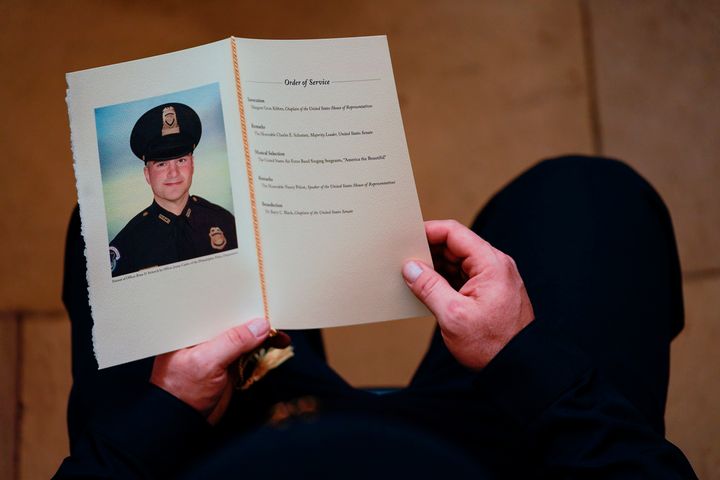 Sicknick suffered two strokes at the base of his brain stem caused by a clot in an artery, the report detailed. The medical examiner’s office would not comment on the presence of any preexisting conditions.

Francisco J. Diaz, Washington D.C.’s chief medical officer, said in an interview with the Post that there is no evidence that Sicknick suffered an allergic reaction to the powerful chemical irritants, nor is there any evidence of internal or external injuries to his body.

However, Diaz said, “all that transpired played a role in his condition.”

The findings do not entirely corroborate the version of events that law enforcement and other officials shared shortly after his death. Capitol Police said in a statement at the time that Sicknick “was injured while physically engaging with protesters.” Then-acting U.S. attorney general Jeffrey Rosen also released a statement saying Sicknick died from “the injuries he suffered defending the U.S. Capitol.”