Block debut opens the ASX gates for other crypto listings

When the newly merged Block/Afterpay debuts on the ASX on January 20 this year, the bourse will host its first significant cryptocurrency player, but the payments giant won’t be the last.

While the ASX has been heavily criticised for its apparent antipathy to the sector, Max Cunningham, who heads the market operator’s listings business, says the market operator is currently setting up a framework that could see other companies fuelled by the blockchain technology debut as early as the middle of this year.

“We are moving on it, and our goal is to bring investment grade opportunities in various crypto asset classes to the ASX in the coming months and years,” Cunningham says. 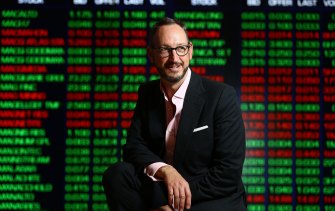 ASX’s Max Cunningham says Block is just the first of many cryptocurrency players to list on the bourse. Credit:Anthony Johnson

“Our thinking on this is just to make sure that these assets have an appropriate level of maturity, and security for when they come to market.”

Significantly, Bitcoin is not a dirty word to the ASX, neither is speculation.

“I don’t think speculating on the currency is a bad thing, we’ve got that with gold, we have that with oil futures, we have a range of those asset classes,” Cunningham says. “It’s not for the exchange to be making a call on speculators.”

Perth startup Bamboo, which runs a microinvesting app geared towards cryptocurrencies, was among those criticising the ASX last year for taking a hard stance against crypto players and fuelling an exodus of talent out of Australia. The ASX even booted crypto-focused digital assets company Animoca off the exchange for non-compliance in 2020 as part of its crypto crackdown, highlighting the difficult path for the ASX. Animoca is now based in Hong Kong and has more than doubled its valuation in just four months after an October capital raising valued the group at just under $3 billion.

While it has borne the brunt of criticism, the ASX pointed to cordial relations with other crypto-related players, like Iris Energy, which was contemplating a listing on the ASX before opting for a Nasdaq listing last year.

Investors can get exposure to the crypto market right now, of course, via the Betashares Crypto Innovators ETF (exchange traded fund).

I don’t think speculating on the currency is a bad thing, we’ve got that with gold we have that with oil futures, we have a range of those asset classes.

Cunningham hints that ETFs are a big focus. “We’re finalising what we think underlying Bitcoin, and other type crypto assets, will look like in the ETF space.”

The picks and shovels of the Bitcoin mining sector – the equivalent of investing in mining and mining equipment suppliers in the traditional economy – is a theme that the ASX embraces as it looks for crypto exposure for investors.

“There is a range of people in all those picks and shovels businesses that we’ve got engagement with. I might add, good quality operators, with proven business models with revenue, and with strong management teams,” Cunningham says.

But the Block/Afterpay debut later this month will give investors immediate access to a group with a significant crypto business – it made $US1.8 billion in revenue from Bitcoin trading in its most recent quarterly result.

Block owns 8,000 Bitcoin and is developing a wallet for Bitcoin storage, a decentralised, open platform to exchange Bitcoin.

The question is, which companies will follow its lead?

The ASX is not naming any companies it is in talks with, but there are contenders out there which have completed recent rounds of funding with expectations of an IPO this year. 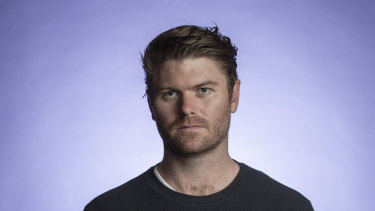 Kieran Warwick, 32, has joined the ranks of the nation’s billionaires thanks to Illuvium.Credit:Louie Douvis

This includes Tasmania-based Firmus Grid. It is backed by Sino Gold founder, Nick Curtis, who was also an instrumental player at rare earths group, Lynas. The company is marketing itself as a renewable energy-based cloud services provider and Bitcoin miner.

And while the ASX is finally embracing crypto investment, recent comments from Illuvium co-founder Kieran Warwick – on a podcast with Jarden Group analyst Elise Kennedy – highlights the challenges as the market operator tries to determine what investor risks it is prepared to accept.

Like Animoca, Illuvium is focused on giving gamers true digital property rights for the first time. But first you need the game. “We’re valued at something like $8 billion at the moment and our game is not even out yet,” Warwick told the podcast.