Reporters invite him to attack Trump

Joe Biden managed to coast through the 2020 election campaign without facing a serious grilling from the press, but even now and as the president-elect, his streak of receiving softball questions from reporters continues.

Speaking briefly to reporters on Tuesday in Wilmington, Del., after he formally introduced members of his administration, Biden took a few questions.

Biden was asked to weigh in on border tensions between Northern Ireland and Ireland, if he had spoken with White House coronavirus task force member Dr. Anthony Fauci, whether he has received an intelligence briefing, why he hadn't announced his nominee for defense secretary, and whether he would meet with President Trump during the transition.

Later in the day, NBC aired an exclusive interview Biden, his first official sit-down since becoming the president-elect.

"You announced some key members of your cabinet today, a very experienced group, a very diverse group. Clearly, you're trying to send a message. Can you articulate what that message is?" Holt asked.

Then he followed up his question.

"This lineup, those you've selected so far — a lot of familiar faces among them," Holt said. "What do you say to those who say you're trying to create a third Obama term?"

More on the subject of a future Biden administration, Holt asked Biden if he considered nominating a Republican or someone who voted for President Trump "for the sake of national unity" and whether he has spoken with former Democratic rivals Sens. Bernie Sanders, I-Vt., and Elizabeth Warren, D-Mass., about cabinet positions.

Holt then asked about the status of the transition, whether he had any communication with President Trump, whether he "anticipates harm" from the delayed transition, how his administration will roll out vaccine distribution, how much "influence" he thinks he'll have as president over the American people to combat the spread of the virus, what he'll be "doing" to get kids back into school and whether "priorities of correct" regarding restaurants being opened while schools are closed in parts of the country.

He later asked about what Biden's priorities will be in his "first 100 days" in office, whether he supports continued investigations into President Trump after he leaves office, and how his administration would approach a nationalized police-involved shooting of an unarmed Black person." 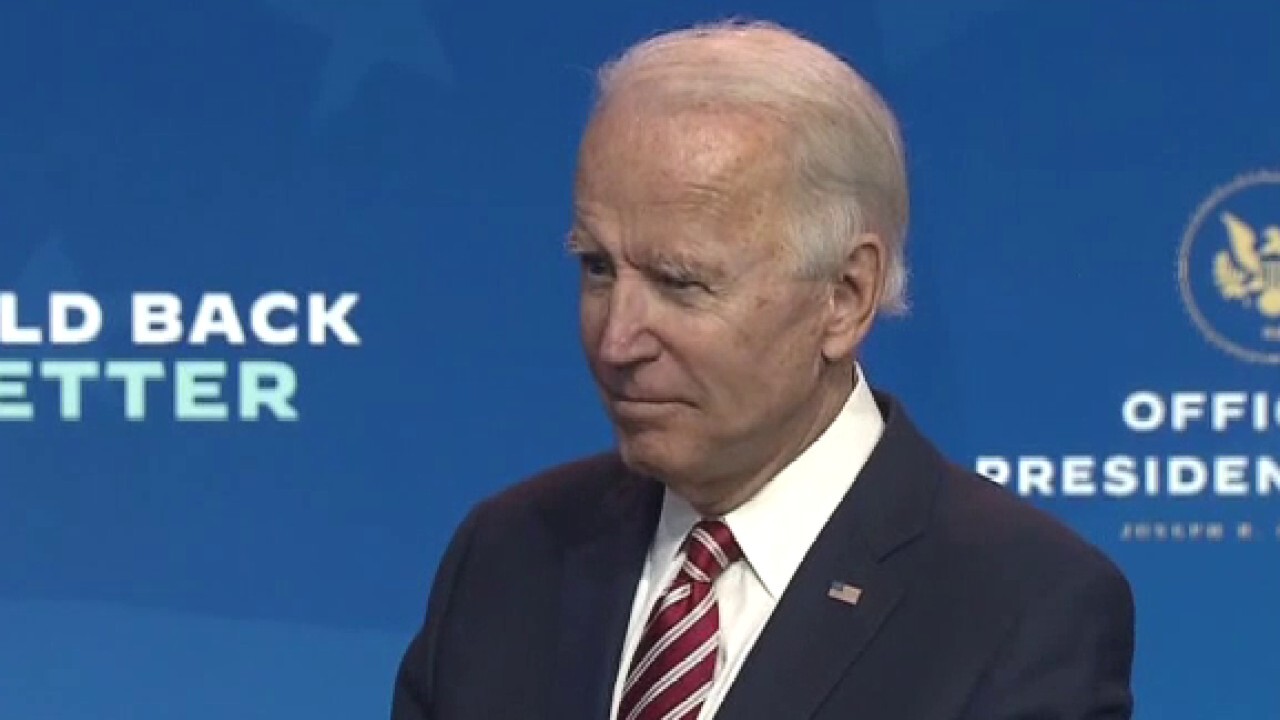 Biden previously held two other press conferences since being projected as president-elect where he answered softball questions from pre-selected reporters, many with questions that bashed President Trump's refusal to concede the 2020 election.

"You've been watching to what amounts to a bit of a love fest here between the media," Fox News anchor Bill Hemmer said in response to last week's press conference.

The Hill media columnist Joe Concha slammed the Biden presser, saying "This wasn’t softball. It was T-Ball when putting a beach ball on the tee."

Four of the first five questions were about President Trump, and none were about condemning the violence we witnessed in Washington over the weekend, Concha told Fox News.

"And Joe Biden not even calling on reporters himself, with a staffer deciding on a pre-determined list of approved journalists instead that never ask anything resembling an uncomfortable question," Concha said. "If this a preview of the next four years, no thanks."

Reporters have been criticized for how they questioned the then-Democratic candidate on the campaign trail, specifically when Biden was asked what flavor ice cream he got at a campaign stop instead of being pressed about the controversy surrounding his son Hunter Biden's Eastern European business connections.