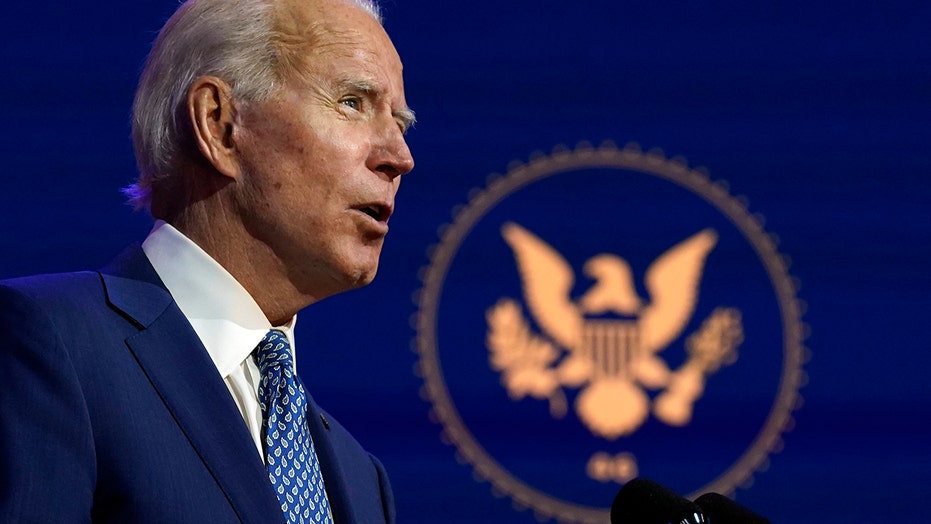 What will be the impact of Biden’s economic agenda?

Fox News contributor Brian Brenberg provides analysis about how a Biden tax hike could affect the ongoing exodus of Americans from high-tax states.

The Biden transition is hanging in limbo, awaiting the General Services Administration’s certification, which will give President-elect Joe Biden and his team the power to make decisions about the future of the federal government– but the incoming administration is "moving forward" anyway, urging the GSA to "move quickly" and "respect" the "will of the American people."

A Biden-Harris transition spokesperson told Fox News that the transition "is moving forward with preparations so that President-elect Joe Biden and Vice President-elect Kamala Harris are ready to lead our country on Day One and meet the pressing challenges facing our nation."

"Now that the outcome of the election is clear, the GSA Administrator should move quickly to ascertain the results and send a clear signal that she will respect the will of the American people and engage in a smooth and peaceful transfer of power," the spokesperson told Fox News.

The GSA has not yet made an "ascertainment" decision – the formal declaration set up by the  1963 Presidential Transition Act. Until that ascertainment is made, the Biden team can not formally begin the transition process. The delay is costing the Biden team access to more than $6 million in federal funding, security clearances and the ability to meet with officials at intelligence agencies.

The GSA has defended its precedent, which they said was “established by the Clinton Administration in 2000.”

A GSA spokesperson told Fox News that an ascertainment has not yet been made and that the GSA and its Administrator will continue to abide by, and fulfill, all requirements under the law.

“In accordance with the Presidential Transition Act of 1963 (PTA), as amended, the GSA Administrator ascertains the apparent successful candidate once a winner is clear based on the process laid out in the Constitution,” the spokesperson said. “The Administrator’s ascertainment is done for the purposes of making services provided by the PTA available.”

The spokesperson added: “Until an ascertainment is made, the statute allows for the Biden Transition Team to continue to receive the pre-elect services from the government (e.g., limited office space, computers, background investigations for security clearances). GSA has met all statutory requirements under the PTA for this election cycle and will continue to do so.”

Delaying ascertainment can be a threat to national security, a Biden official said. In 2000, the delayed transition to the Bush administration reportedly put the country at greater risk leading up to 9/11.

According to the 9/11 Commission Report, the transfer holdup hindered Bush’s ability to appoint key officials, including national security personnel.

Meanwhile, a spokesperson from the Office of the Director of National Intelligence on Tuesday told Fox News that ODNI “follows the statutory direction provided in the Presidential Transition Act, which requires ascertainment of the candidate by the administrator of GSA prior to supporting a potential presidential transition.”

“ODNI would not have contact with any transition team until notified by the GSA Administrator,” the ODNI spokesperson told Fox News.

The determination from the GSA is a key step needed in order for the Biden Transition Team to become official in the eyes of the federal government. 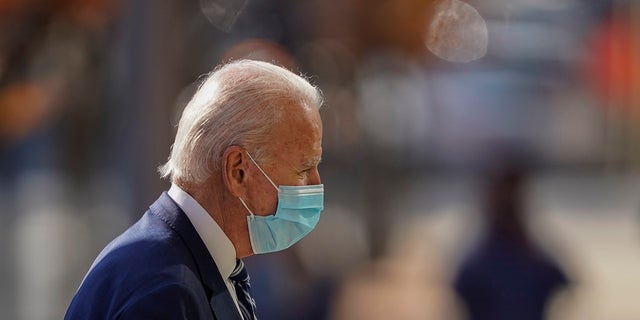 A Biden transition official, though, told Fox News that several options are on the table to move forward with Biden’s transition if the GSA continues to withhold certification.

The official said not recognizing Biden’s transition team also denies access to the State Department – which facilitates calls between foreign leaders – as well as funds for salaries and classified information.

One week after Election Day and days after Biden was projected as the winner of the 2020 presidential election, President Trump has not conceded, challenging the results via recounts and legal action alleging foul play.

Legally, however, there is no requirement for a president to make such a concession. The post-election transition process begins once the GSA ascertains the winner of the election, and transition preparations already began well before the election.

Additionally, the report said the GSA was securing and furnishing office space for the Biden transition team to occupy in September.

As part of this process, federal agencies must submit succession plans to prepare for a change in administrations.

In August, the GSA sent subsequent transition reports to the House Oversight and Homeland Securities committees.