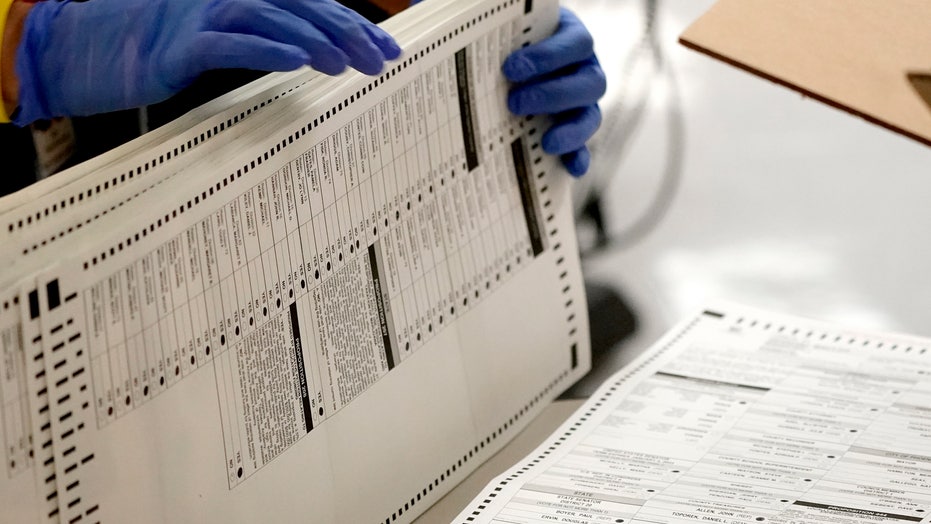 The Republican Attorney General's Office in Arizona is investigating complaints from some Maricopa County voters that their ballots may have been discarded because they were filled out with a Sharpie, a brand of permanent marker that President Trump is famous for using.

In a Wednesday letter from Deputy Solicitor General Michael S. Catlett to Scott Jarrett, the Maricopa County elections director, the prosecutor's office requested information on the validity of ballots filled out with the markers by Thursday, Nov. 5.

The discarding of such ballots would take on heightened importance in Arizona, a traditionally red state that Fox News called for Trump's Democratic challenger, Joe Biden, placing him closer to the White House.

The president's reelection campaign has maintained that Trump can win the state and called for heightened transparency into the counting of ballots there. Maricopa is the largest county in Arizona, home to the state capital of Phoenix and 62% of its 7.28 million residents.

"We have received hundreds of voter complaints regarding the use of Sharpie brand markers ('Sharpies') to fill out ballots on Election Day at voting centers in Maricopa County," Catlett wrote. "Voters are concerned that the use of Sharpies may have caused ballots to be rejected, spoiled, or canceled."

Catlett asked elections officials to answer by Thursday questions including at which voting centers Sharpies were made available, to what extent Sharpies were used over other types of markers or pens and how many ballots were rejected because the ink from a marker bled through to the reverse side of the ballot.

In her own statement on Twitter, Democratic Secretary of State Katie Hobbs — whose office oversees elections statewide – assured Arizona's in-person voters that their regular ballot would be counted no matter what kind of pen was used to fill it out.

"Voters who received an early ballot in the mail but chose to instead vote in-person will see their early ballot status as 'Canceled' on their Ballot-by-Mail/Early Ballot Status update," she tweeted, providing the answer to a related query from Catlett. "This is because the early ballot is canceled so the ballot cast in-person can be counted."

That doesn't mean that an "in-person ballot you cast was not counted," Hobbs added. "If you voted a provisional ballot, your ballot will be counted once the county confirms your registration status and that you did not cast another ballot."

Despite a flood of social media posts on the rejection of Sharpie-completed ballots, Maricopa County officials said Wednesday on Twitter that the markers are "not a problem for our tabulation equipment, and the offset columns on ballots ensure that bleed-through won’t impact your vote."

The county's elections department also shared an explanatory video on its account about the use of Sharpie pens just hours before polls closed on Tuesday.

According to the County Recorder and Elections Department's website, a blue or black ballpoint pen or a Sharpie pen can be used to fill out a ballot.

Pens with red or similarly-colored ink should not have been used.

Maricopa County Elections Department spokesperson Erika Flores told Arizona Family that new equipment counts votes in such a way that bleed-throughs are not a problem.

"Voters at home may use ballpoint pens in black or blue ink or a Sharpie. Vote Centers use fine-tip Sharpies as they have the fastest-drying ink, therefore preventing smudges when put through the Vote Center tabulation equipment," the Maricopa County Recorder's "FAQ" page reads.