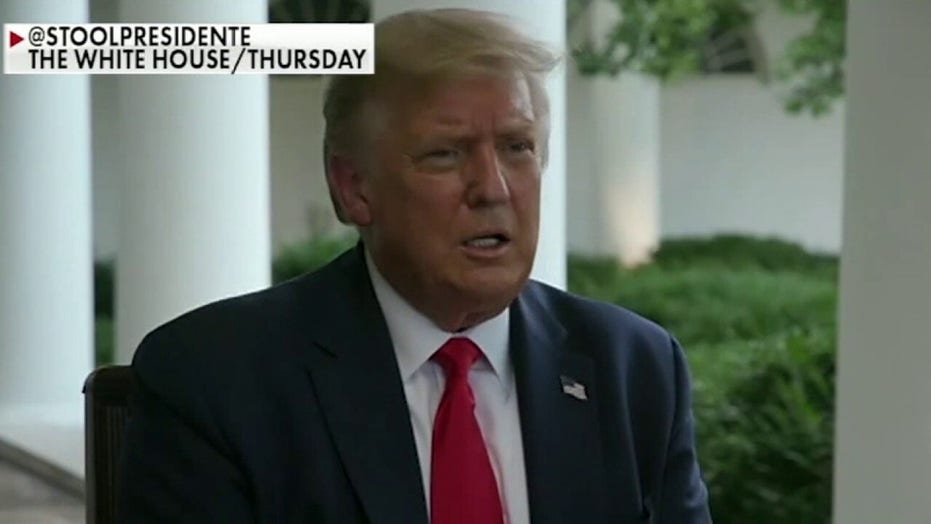 How far will the media go to smear President Trump and his allies?

There have been many “interesting times” in human history, even if there is actually no ancient Chinese curse wishing that we may live in them. On the contrary, had some sage conjured up a hex along the lines of “May you live in stupid times,” our time would fit perfectly.

One could have that reaction daily to many media reports. This week, my nominee is this one in the Washington Post: “Trump’s assault on election integrity forces question: What would happen if he refused to accept a loss?”

The premise is that the president is engaged in “relentless efforts to sow doubts about the legitimacy of this year’s election” by “escalating attacks on the security of mail-in ballots.”

This is coupled with Trump’s refusal, a priori, to accept the legitimacy of the election outcome, echoing the position he took in the last presidential campaign — you know, before the same Democrats who feigned outrage over Trump’s demurral began four years of mulishly refusing to accept the outcome of the 2016 election.

The Post distorts the president’s refusal to rubber-stamp an election that has not happened yet — under circumstances where there is immense reason for concern about mail-in ballots — as a “refusal … to reassure the country that he would abide by the voters’ will.”

Of course, Trump is not saying he won’t abide by the result; only that he won’t concede at this point that it will be an honest result. Recall that Richard Nixon abided by the result in 1960 even though there were grounds to doubt that it was on the up and up.