Home » World News » Andrew McCarthy: Election 2020 – What's going on with our Supreme Court? Here's how to understand it

Andrew McCarthy: Election 2020 – What's going on with our Supreme Court? Here's how to understand it

What happens if they don’t do it?

That was a question I posed during Fox News coverage of the 2020 election and the developing litigation landscape that surrounds it. That is, what if, after representing to the U.S. Supreme Court that it would segregate late-arriving ballots, Pennsylvania’s county election boards failed to keep their promise – co-mingling and counting the ballots that came in from November 4 through 6, pursuant to a state court order, with those received on or before November 3, the Election Day deadline prescribed in law by the state legislature?

The question required posing because of the Supreme Court’s maddening timidity. The Court – or, at least, three justices of the Court – had cajoled Pennsylvania state officials to agree to segregate the late-arriving ballots in order to preserve the high court’s ability to rule on their legality post-election. But the Court did not order the segregation. Instead, it relied on the good faith of state officials to both direct election boards in Pennsylvania’s 67 counties to segregate the ballots, and to see that the election boards complied.

Finally, on Friday night, Justice Samuel Alito went beyond merely encouraging the state to segregate the ballots. He issued a formal order that it be done.

This is not the way a court normally works, let alone the nation’s top judicial tribunal. Why didn’t the Supreme Court order the segregation days ago, even weeks ago?

Well, because the court hasn’t even decided to review the case.

Justice Alito, joined by Justices Clarence Thomas and Neil Gorsuch, did the best they could to nudge Pennsylvania officials into doing the right thing. But they are playing a weak hand because of Machiavellian maneuvering by Chief Justice John Roberts. Acting more like a risk-averse politician than a jurist, the chief justice is trying to keep the Court out of cases that might impact the 2020 election. 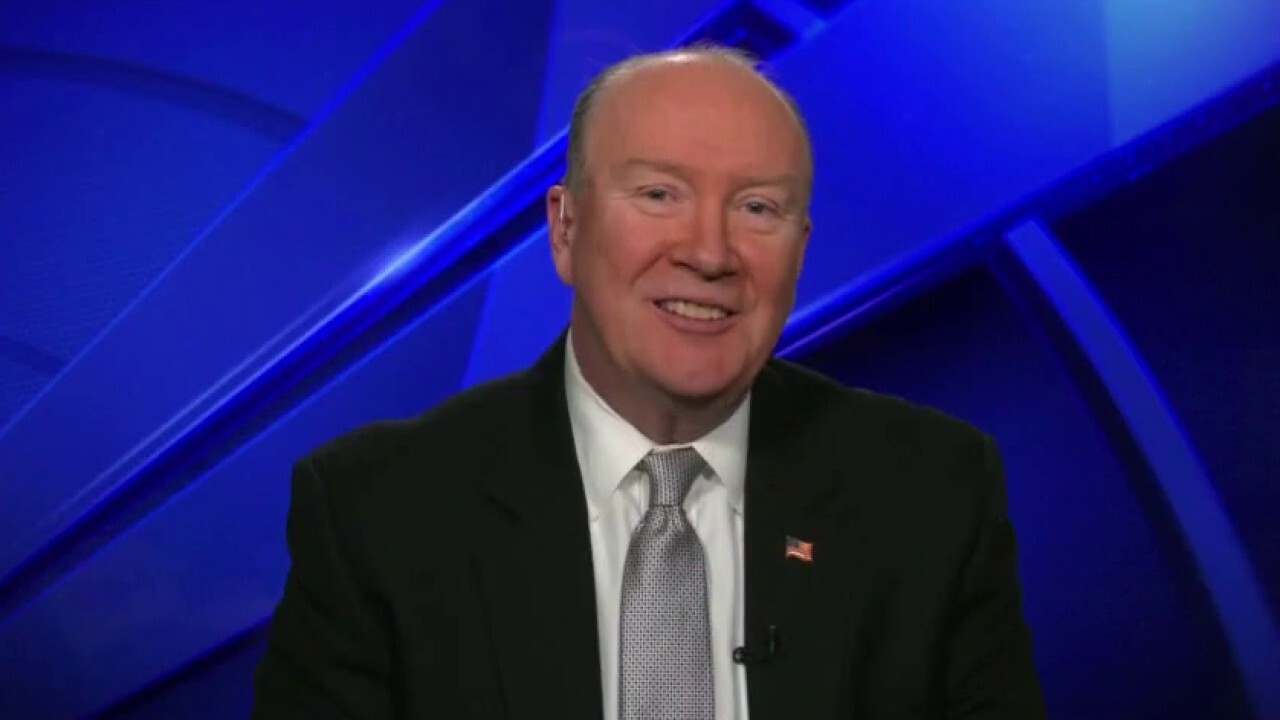 The legal issue is straightforward. Under the Constitution, state legislatures – not courts, not bureaucracies – have the power to set the rules for how an election is to be conducted. Moreover, it is politically accountable state officials – the legislature and governor – who have the responsibility to balance concerns about protecting citizens from an infectious disease, such as COVID-19, with concerns about protecting election integrity. That is not a job for courts.

Consistent with these duties, the state legislature took several steps to liberalize mail-in voting so Pennsylvanians would have the option not to vote in-person during the pandemic. But they did so in a bipartisan compromise that quite intentionally left in place the statutory deadline for the receipt of mail-in ballots: November 3 at 8:00 p.m., when the polls close.

Nevertheless, the Democratic Party-dominated state Supreme Court (judges are elected in Pennsylvania) countermanded this law in a 4-3 ruling. By judicial fiat, they ordered that ballots be accepted for three additional days – through Friday, November 6, at 5:00 p.m. Worse, in a move that patently invites fraud, the state judges ruled that if a ballot does not have a postmark, or is illegibly postmarked, it is to be deemed as if it were submitted on or before the November 3 election.

The state Republican Party has been attempting for weeks to get the Supreme Court to rule that the state court’s directive is unconstitutional. But in mid-October, when there were still only eight members of the Court after Justice Ruth Bader Ginsburg’s death, Chief Justice Roberts voted with the Court’s remaining liberals (Justices Stephen Breyer, Sonia Sotomayor and Elena Kagan) to block the Court from considering the case.

By rule, the 4-4 tie on the GOP’s motion for a stay left the state supreme court’s order in place. To be clear, the Supreme Court did not “approve” the state court’s action; the justices simply took no action on the matter.

Then, the state GOP asked the court to bypass consideration of a stay and rule on the merits of the case, but on an expedited basis so there could be clarity before the election. By then, Justice Amy Coney Barrett had just been confirmed, so it was possible that with nine justices the deadlock could be broken.

Roberts, however, clearly wants to keep Barrett out of such cases, worried about playing into the Democrats’ demagoguery that President Trump put Barrett on the Court to help him steal the election.

Consequently, Justice Kavanaugh was persuaded to vote with Roberts and the three liberals – even though he had previously voted with his fellow conservatives, and has written opinions invalidating the kind of action the Pennsylvania court has taken.

Since there were now five justices unwilling to agree to consider the case, at least on an expedited basis, Justice Barrett’s vote was no longer important. She thus agreed, for now, to sit the case out. She has not recused herself; she has merely said she had not yet had time to bone up on and participate in cases that were pending before her appointment to the Court.

Justices Alito, Thomas and Gorsuch “reluctantly” agreed, in an October 28 statement (issued in the form of an opinion), that it was too late only five days before November 3 to consider the case on an expedited basis. But they pointed out that the Court had not declined to review the case. For now, the state GOP’s application (known as a petition for a writ of certiorari – a “cert” petition) remains pending.

As a practical matter, though, it would only make sense to rule on the dispute over late-arriving ballots if the state had not already commingled them with the timely ballots. If the state failed to segregate the late-arriving ballots, the state court’s order could effectively escape the Supreme Court’s review. Therefore, Alito, Thomas and Roberts wanted the state to segregate the disputed ballots – preserve the status quo so the Court would have the option of ruling on their legality after the election.

Alas, those three justices appear to be on their own. Their six colleagues have not denied the cert petition – that would call for Roberts, Kavanaugh and Barrett to refuse to hear the case, a position they don’t want to take. But for now, those justices are not taking any action at all. Roberts is betting that if the Court idles long enough, it can avoid any action that would be distorted by the media and Democrats as the conservative-majority Court deciding the presidential election.

Without a majority of justices to work with, Alito, Thomas and Gorsuch lacked the support to order Pennsylvania to segregate ballots. So instead, they prodded state election officials to do it. They signaled that they’d entertain an emergency application by the GOP asking for an order that it be done if state officials volunteer to segregate. So the same day (October 28), the state agreed to issue “guidance” to the county election boards that the late-arriving ballots should be segregated.

But understand: the Supreme Court did not issue an order. The state’s representation that it would issue guidance is not a guarantee that the guidance would be effective, and there was no assurance – other than good faith – that the ballots would actually be segregated.

And that is why I asked: What happens if they don’t do it?

Almost instantly, it became clear that the three justices’ reliance on the good faith of Pennsylvania officials was dubious. On November 1 – right before the election and just three days after its segregation representation to the Court – Pennsylvania officials issued new guidance that allowed the segregated votes to be counted. Thus, even though they are disputed, these ballots are being factored into the very close race.

Moreover, the state GOP pointed out that county election boards are not required to follow guidance from state election officials. There is no assurance that all 67 counties would or have followed the guidance.

That was enough to force Justice Alito’s hand. On Friday night, he issued the order. But note that he did in his role as the Circuit Justice responsible for emergency applications related to the Commonwealth of Pennsylvania. It is a lawful order, but it does not have the heft of an order from the full Supreme Court.

There appear to be bigger potential legal issues in Pennsylvania than ballots arriving up to three days late pursuant to a state court order that has not been invalidated. In the end, there may relatively few late-arriving ballots, such that they would not affect the outcome of the election whether or not they were counted. Ironically, that may make Chief Justice Roberts more amenable to reviewing the case. It would be valuable to get a ruling since the issue of who gets to set election rules – state legislatures or courts – involves a constitutional imperative that will arise in future cases.

How dismaying it would be, though, if the nation’s highest court is too paralyzed to rule on an issue of great public significance until it is sure that its ruling won’t matter in the here and now.