The deadline to avert a freight railroad strike by Friday morning is fast approaching with three unions still talking. Negotiations have stretched on for at least 14 hours.

A Department of Labor spokesperson told Fox News that they "don't have any updates or sense of timing."

Of the 12 unions involved, one rejected a tentative deal, but agreed to delay a strike as talks with other unions continue.

Two have ratified agreements and three others remained at the bargaining table just days ahead of a strike deadline, threatening to intensify snarls in the nation's supply chain that have contributed to rising prices.

RAILROAD UNION VOTES TO AUTHORIZE STRIKE THAT COULD HAMMER ECONOMY 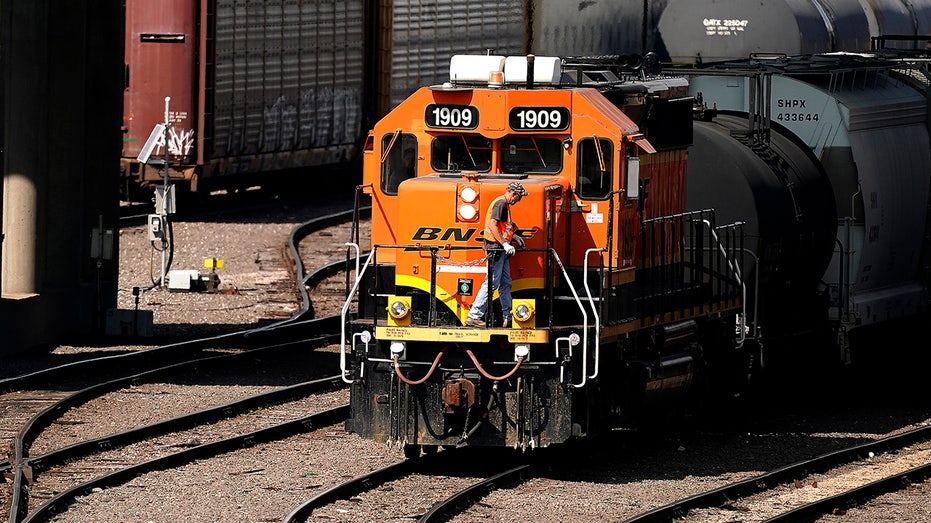 A worker boards a locomotive at a BNSF rail yard Wednesday, Sept. 14, 2022, in Kansas City, Kan. Business and government officials are preparing for a potential nationwide rail strike at the end of this week while talks carry on between the largest U (AP Photo/Charlie Riedel / AP Newsroom)

Nine had agreed to tentative deals, two — the Transportation Communications Union and the Brotherhood of Railway Carmen unions — voted to ratify their contracts Wednesday.

There are 12 unions — one with two separate divisions — representing 115,000 workers.

About 4,900 members of the International Association of Machinists and Aerospace Workers District 19 voted to reject the tentative agreement negotiated by IAM leadership with the railroads, the union said Wednesday. But the IAM agreed to delay any strike by its members until Sept. 29 to allow more time for negotiations and to allow other unions to vote.

The unions aren't allowed to strike before Friday under the federal law that governs railroad contract talks, which include BNSF, Union Pacific, Norfolk Southern, CSX, Kansas City Southern and the U.S. operations of Canadian National.

Government officials and a slew of industries are bracing for the possibility of a nationwide rail strike that would paralyze shipments of everything from crude and clothing to cars.

AUTO, ENERGY AND AGRICULTURE AMONG INDUSTRIES THAT WILL SUFFER MOST FROM A RAIL STRIKE

A strike would be a potential calamity for businesses that have struggled for more than two years due to COVID-19 related supply chain breakdowns. 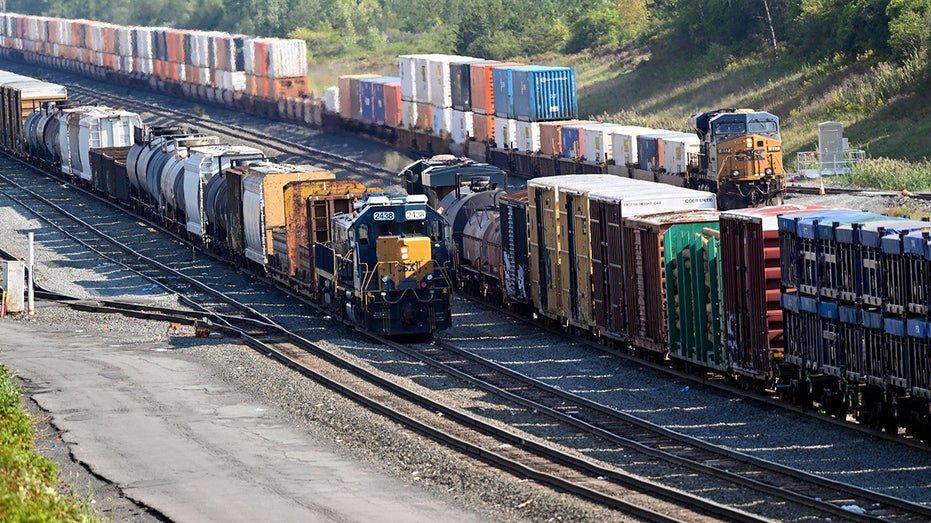 Locomotive’s are coupled to railway cars at the Selkirk rail yard in Selkirk, N.Y. Government officials and a variety of businesses are bracing for the possibility of a nationwide rail strike that would paralyze shipments of everything from crude and (AP Photo/Hans Pennink / AP Newsroom)

All the tentative deals are based closely on the recommendations of a Presidential Emergency Board that President Biden appointed this summer that called for 24% raises and $5,000 in bonuses in a five-year deal that’s retroactive to 2020. Those recommendations also include one additional paid leave day a year and higher health insurance costs.

The key unions that represent the conductors and engineers who drive trains are holding out in the hope that railroads will agree to go beyond those recommendations and address some of their concerns about unpredictable schedules and strict attendance policies that they say make it difficult to take any time off.

If the two sides can't agree, Congress could step in to block a strike and impose terms on the railroads and unions, but it wasn't clear Wednesday how quickly they could or would act because Democrats and Republicans can't readily agree on a solution. 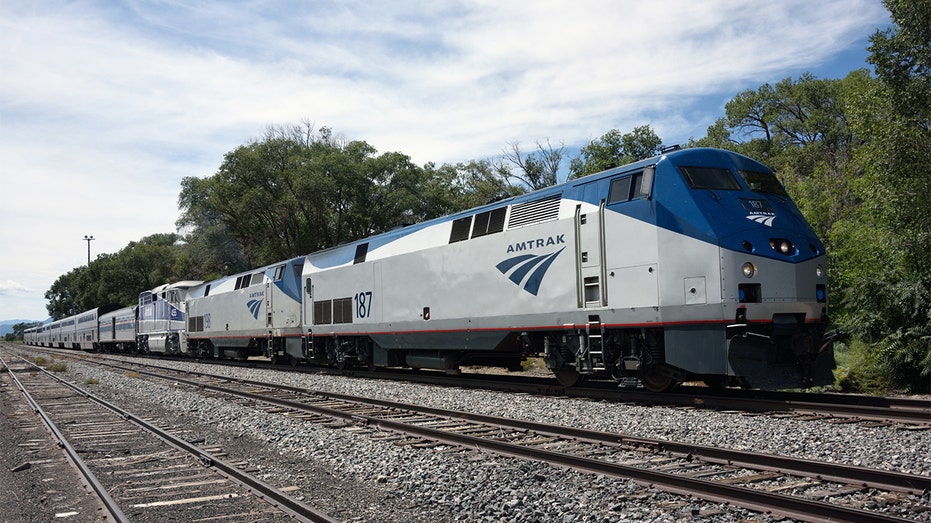 A freight rail strike would also disrupt passenger traffic because Amtrak and many commuter railroads operate on tracks owned by the freight railroads.

Amtrak has already canceled all of its long distance trains on Thursday. The train service said it will contact impacted customers. Amtrak declined to say how many customers would be impacted by the cancellations.

It said any service changes for Friday will be announced on Thursday.